Three men to be ordained to transitional diaconate 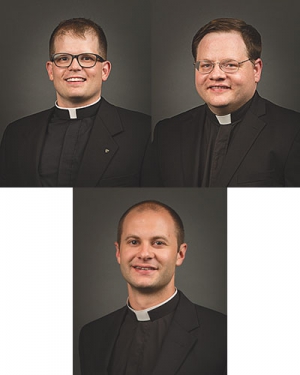 On the Friday of Easter Week, April 21, Bishop Thomas John Paprocki will ordain three men to the transitional diaconate for the Diocese of Springfield in Illinois. The ordination will take place during 6:30 p.m. Mass at the Cathedral of the Immaculate Conception. Recently, Robert “Rob” Johnson, Aaron Kuhn and Mark Tracy took time to share their thoughts on their upcoming ordinations.

On the weekend of March 4-5, which was the first weekend of Lent, 319 people from 62 places (61 parishes and the Eastern Illinois University Newman Center) came to the Cathedral of the Immaculate Conception to take part in the Rite of Election of Catechumens and of the Call to Continuing Conversion of Baptized Catholics. They were accompanied by the priests, deacons, sponsors, godparents, families and friends who traveled with them.

Hundreds from diocese represented at March for Life 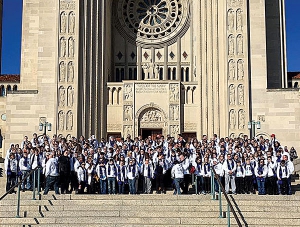 Becky Bauerle, youth minister for Mother of Perpetual Help Parish in Maryville, has been accompanying young people to the March for Life in Washington, D.C., for nearly three decades, but this year’s trip really stands out, she said.

“This was my 29th year to go and I’m sure this year’s march was the largest march in history. It was huge,” Bauerle said. “Even the atmosphere was different. I talked to the vendors who were there, because they have a good idea about the crowds. They said this was an extra-large march and they thought there were more pro-life marchers than had been at the (protest) marches earlier in the month. And they said we were a lot nicer group.” 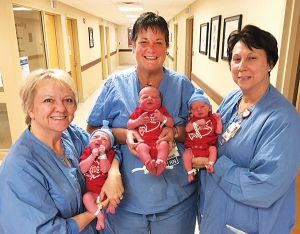 Parents of infants already know their babies to be special gifts, but this month many newborns in central Illinois will be getting a sweet little gift of their own simply because they were born in February.

That’s because three HSHS hospitals — St. John’s in Springfield, St. Francis in Litchfield and St. Mary’s in Decatur — are all recognizing heart month by having the tiniest patients raise awareness about preventing heart disease. Every baby born in these three hospitals during February will receive a red onesie that will help make parents and loved ones aware of heart disease. 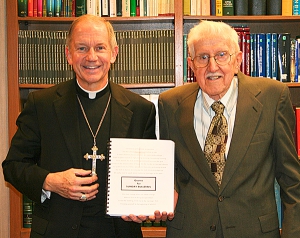 At age 90, Louis G. Kubacki knows how important it is to read and appreciate the words penned by saints and church leaders. That’s why, last month Kubacki — who lives in the Joliet diocese — presented Bishop Thomas John Paprocki with a book of quotes for use in parish bulletins throughout the Diocese of Springfield in Illinois. 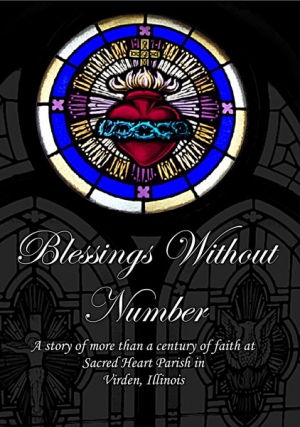 VIRDEN — In celebration of its more than 100 years of parish life, Sacred Heart Parish in Virden is releasing a pictorial history book as well as a companion DVD.

The book is titled Blessings Without Number. Parish secretary Marcella Rosier has compiled photographs, news articles and family stories to make up the 500-page soft-cover, full-color book. She credits Sacred Heart parishioner Joe Maynerich for collecting and labeling photographs from the beginnings of the parish, which was chartered in the early 1900s by Slovak immigrants. “It is really a scrapbook of our parish family,” says Rosier. 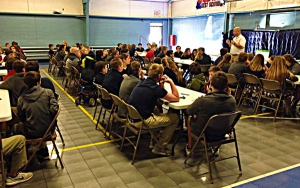 Last month the Office for Youth and Young Adult Ministry in the Department for Vocational Services hosted two events for young people: Diocesan Youth Days and the Diocesan Youth Conference.

Diocesan Youth Days took place from Nov. 6-10 and were hosted in different regions of the diocese, said Kyle Holtgrave, associate director for Youth and Young Adult Ministry. A total of 424 middle and high school students attended the Youth Days, which are meant to continue to build on St. John Paul’s vision of celebrating the young church. 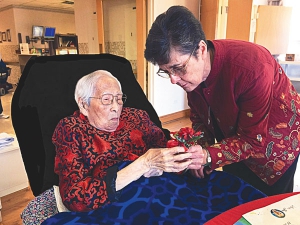 On the date that we in America honored members of the armed forces on Veteran’s Day, Sister Gabrielis Hu, OSF, had another reason to celebrate. It was her 105th birthday and she was recognized at St. Francis Convent in Springfield. However, her date of birth has always been an easy one to remember. She was born Nov. 11, 1911 — that’s 11/11/11 — in Wuchen, Shandong Province, China.

After DAEC — the time to share what you’ve learned 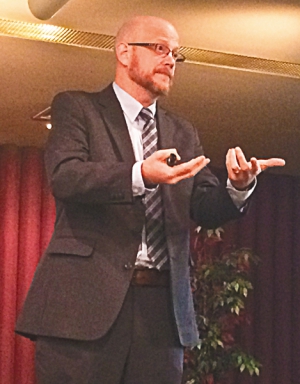 DECATUR — Approximately 900 people attended the 2016 Diocesan Adult Enrichment Conference (DAEC), which was held Nov. 4-5 at the Decatur Conference Center and Hotel. This was the 20th biennial event and was entitled “Harvesting the Fruits of Discipleship.” Attendees participated in prayer services, listened to keynote speaker Greg Willits, took part in breakout sessions and were also encouraged to visit the 40 booths of exhibitors who were at the event. 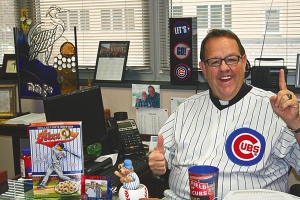 Weeks before the Chicago Cubs made history by winning the World Series after 108 years Father Chuck Edwards wondered out loud, “Wouldn’t it be something if the Cubs played the Indians? It’s been so long since either of them has won.”

As it turned out Father Edwards, who is director of Stewardship and Discipleship and pastor of St. Augustine Parish in Ashland, was correct in his prediction. Moreover, as a Cubs fan for 50 years, he is one excited guy. He watched the final game of the World Series with some friends at the Knights of Columbus 364 Hall in Springfield. Since the game went into overtime and there was a rain delay, he got home late and admits he was “really tired” when he got up early Thursday to celebrate daily Mass that morning.