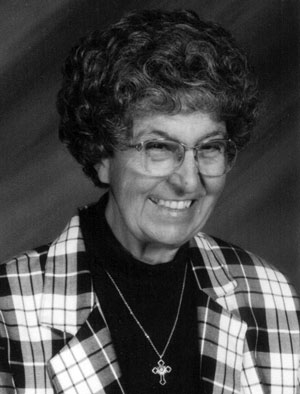 Sister Dominica Pagano, SSND, died May 25 at the School Sisters of Notre Dame motherhouse in St. Louis, from cancer. She was 81 and a longtime educator.

Sister Dominica was born in St. Louis, baptized as Grace Marie. She entered the congregation of the School Sisters of Notre Dame in 1943 and professed her final vows in 1952. She earned a master of arts in elementary administration in 1973 from St. Louis University and a bachelor of arts in elementary education from the San Diego State in California in 1957.

Sister Dominica was in education for 45 years. In the Springfield diocese, she taught elementary students at St. Louis in Nokomis from 1959 to 1965.  She was the director of religious education at St. Mary in Taylorville from 1992 to 2003. She retired in 2003 to the School Sisters of Notre Dame motherhouse in St. Louis and continued to perform community service.

Sister Dominica is survived by three sisters, Frances Lafata of Ballwin, Mo.; Anna Berry of Wright City, Mo.; and Josephine Sapienza of Imperial, Mo. Services were held on May 27 and 28 in St. Louis.