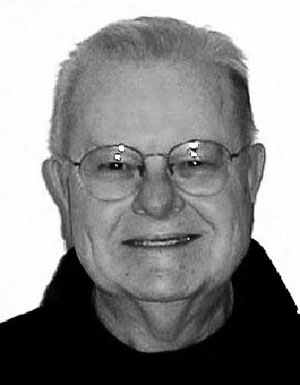 Cornell Diekemper was born Oct. 5, 1934, son of John B. and Amelia E. (Herzing) Diekemper at New Baden. He entered the Order of Friars Minor on June 21, 1958, and received the religious name Barnabas which he carried for the rest of his life. After solemn vows in 1962, he was ordained a priest on Jan. 17, 1965, in Teutopolis by Bishop Henry A. Pinger, OFM.

Father Barnabas served the order and the church through his two great interests: church history and ministry in Spanish. He spent his almost 36 years of ministry either as a teacher, a parochial vicar, a chaplain, or a preacher of missions and retreats. He also served as archivist for the Archdiocese of San Antonio and for Sacred Heart Province. Additionally, he helped to organize the archives of the Franciscan Custody of St. Benedict of the Amazon (Brazil). He has also been the vice-postulator for the cause of Venerable Antonio Margil de Jesús, one of the original missionaries of what is now Texas.

He exercised his talent for leadership as vicar of the friars of Our Lady of Angels and San José Friaries in San Antonio and of Our Lady of the Angels Friary at Greccio in Springfield. In 2007 he retired from active ministry as chaplain for the motherhouse of the Hospital Sisters of St. Francis in Springfield because of health.

Upon his death, according to his wishes, his remains were cremated.

The Mass of Christian Burial, with cremains present, was held Feb.27 at St. Francis Church of the Motherhouse of the Hospital Sisters of St. Francis in Springfield.