Alford to be ordained deacon 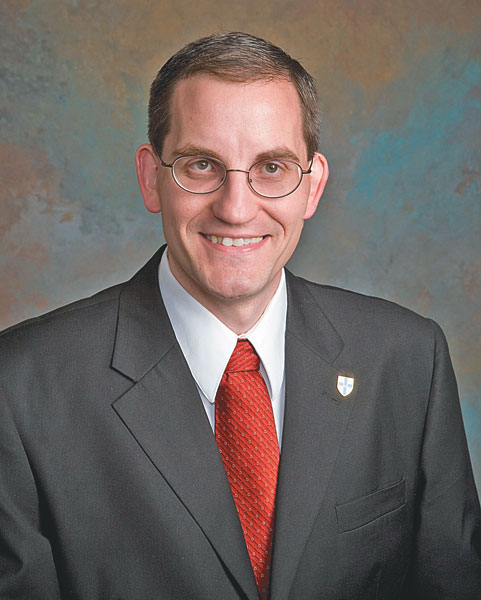 Brian Alford, a seminarian and third-year theology student at Kenrick-Glennon Seminary in St. Louis, will be ordained to the transitional diaconate at 10:30 a.m. on Saturday, April 10 at the Cathedral of the Immaculate Conception. Archbishop George Lucas of the Archdiocese of Omaha, will be returning to Springfield to preside at the ordination.

The son of Robert and Joyce Alford of Wisconsin, Brian has two older brothers, Mark and Jeff, as well as a twin sister, Cindy. He says his parents and siblings are planning to attend his ordination, along with priests from both his seminary and the diocese and of course, his classmates and friends.

Alford calls Mother of Perpetual Help in Maryville his home parish. He lived and worked as a computer programmer in Maryville for five years following his graduation from college. Two pastors of that parish were influential in helping the young parishioner answer the call to the priesthood. They are Father Jeffry Holtman, OFM — a former diocesan priest who is now a Franciscan and pastoral associate at St. Francis of Assisi in Teutopolis — and Father Stephen Sotiroff, pastor at Maryville since 2005.

“Father Jeff Holtman was an influence as far as his joy of being a priest,” Alford said. “Father Steve Sotiroff has also been a good mentor.” He credits Father John Titus, former vocations director, as being another good mentor and “very helpful as a vocations director.”

Finally, Alford wants to recognize the help he’s received from Father David Hoefler, who is pastor at Blessed Sacrament Parish in Springfield.

“I have spent two summers at Blessed Sacrament and have experienced the way he approaches his ministry and lives out his priesthood,” he said.

Alford will be vested by his friend, Deacon Stephen Thompson, who is a transitional deacon and Theology IV student at Mundelein Seminary. He says he is excited about his ordination, but feels ready to move forward.

“There is an excitement there, but there is also a sense that this is the next logical step,” he said. “This is something we feel prepared for and there is some confidence in knowing that God has been working in our lives and preparing us.”