With the 2010-2011 academic year just about to get under way, principals and teachers all over the Springfield diocese are preparing to share their knowledge with the thousands of young people who attend Catholic schools. This year principal Ron Niebrugge is returning to once again lead St. Anthony High School in Effingham and several Catholic grade schools will be under new leadership. The majority of these six men and women were at the diocesan pastoral center in Springfield on Aug. 4 for the annual new principal's meeting and took time to share their thoughts on the upcoming school year. 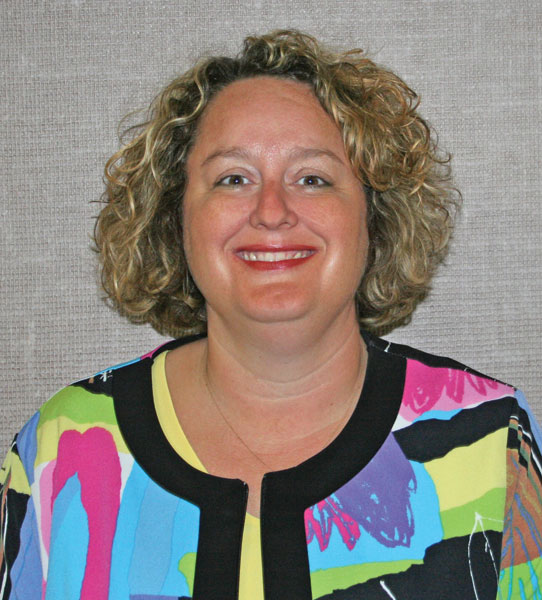 Although Julie Davidson has spent her career thus far at St. Mary School in Paris teaching second-graders, she is now principal of the small school. Prior to coming to St. Mary, Davidson spent nine years teaching and directing preschools.

Davidson and her husband Bob have three children — two sons and a daughter — and she says they keep busy attending school activities and sporting events. "I am like most moms — going places with the kids and driving them — so I don't have a lot of time for hobbies," she says. "I do spend a lot of time researching best practices for schools."

At St. Mary, Davidson says she hopes to "develop lines of communication" and "define ourselves so we will be better able to promote ourselves." "I plan on doing a lot of marketing," she says. Right now, St. Mary is home to about 75 students and 10 faculty and staff members.

Davidson believes that she and the teachers of St. Mary School will be able to help children become life-long learners. "I also want to promote teachers and students towards a closer relationship with God," she says.

Besides building on her experience with children at St. Mary, Davidson is continuing her education as well. She holds a bachelor's degree from St. Mary-of- the-Woods School in Terre Haute, Ind., and is close to completing her master's degree at Eastern Illinois University in Charleston. She is a member of St. Mary Parish in Marshall. 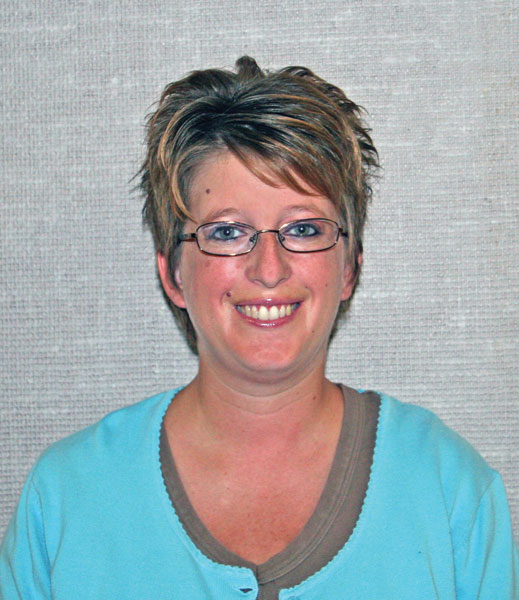 Nicole Durbin might be the new principal in Mattoon, but she is already well acquainted with St. Mary School. A member of St. Mary Parish, she says she has spent the last seven years happily teaching fifth grade in the parish school.

Durbin says she looks forward to getting back to school for the 2010-2011 academic year. "I am excited to start the year and share my enthusiasm," she says. "I want to share my faith and my spirit with the students, families and faculty of St. Mary School."

When she isn't at school, Durbin says she enjoys spending time with her husband Danny and their 2-year-old daughter Lily, playing with the family dog and cooking.

At St. Mary, Durbin will be leading approximately 150 students and 19 faculty and staff members. She says she feels honored to be a part of the St. Mary family. 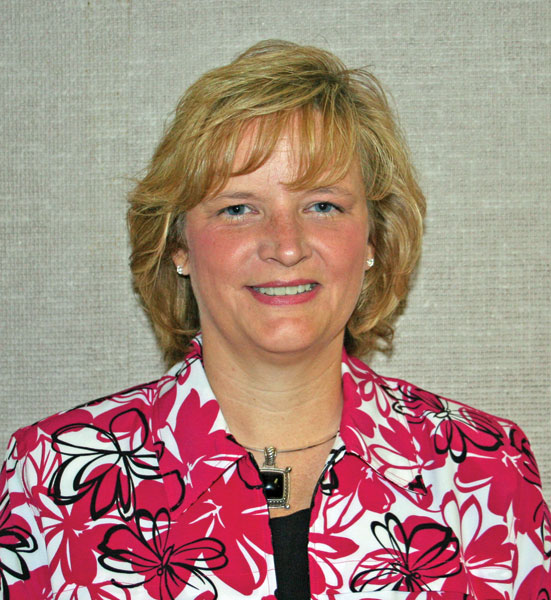 Rita Fuchs says she is honored to have been asked to lead Cathedral School as the new interim principal.

"As the computer teacher at Cathedral School for the past five years, I have also been given the opportunity to assume various administrative duties," she says.

Fuchs and her husband Kevin have four children, two sons who are seventh-graders at Cathedral and a son and a daughter who attend Sacred Heart-Griffin High School in Springfield. "I have a wonderful supportive family," she says.

"Before coming to Cathedral, my career in education began as a technology teacher and director of technology at Ursuline Academy in 2002, implementing a school-wide laptop program," she says. "At that time I was also part of the administrative team. I also have a marketing and communications background, working in various businesses from Fortune 500 companies to my own computer business. I hold an associate's degree, bachelor's degree and am currently pursuing a master's in education administration.

"My background along with the help of my exceptional, well-qualified faculty and staff will enable us to continue to give our students quality instruction and promote academic achievement, in a faith-filled family environment," she says. "We are teaching the entire student — mind, body and soul.

"I am a firm believer in the home/school connection. What we do at school should continue to be reinforced at home and at Mass on Sunday. Our classrooms are the center stage and our students are the stars, or in our case, we're the Cathedral Comets!" 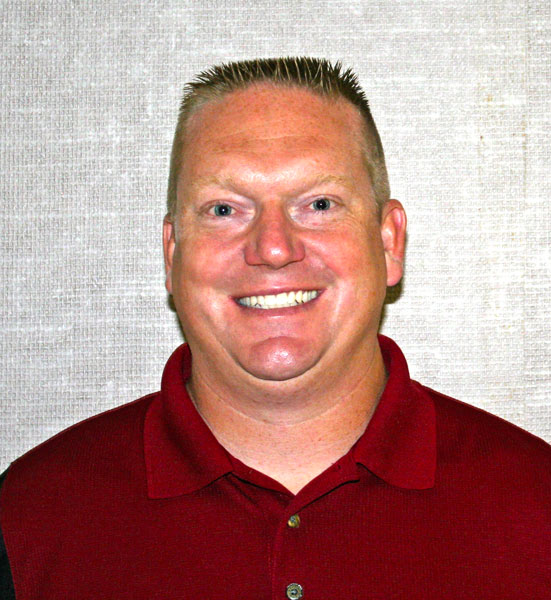 Niebrugge was the principal, head basketball coach and a business and government teacher at St. Anthony from 2001 to 2005, but had been pursuing a career in pharmaceutical sales until this past June 1. Additionally, since 2005 he has been co-owner and president of Pizza Man, the number one volume pizza establishment in Effingham — a business he currently runs with his wife, Jennifer and his stepmother.

"I value the experience that I earned through my sales career and I was treated well, but being at the school was something that I missed," says Niebrugge, who has a bachelor's degree in marketing from Southern Illinois University at Carbondale, teacher certification from Eastern Illinois University in Charleston as well as a master's degree in educational administration, also from EIU. "I've come back because I miss the kids, I miss the teachers and I just enjoy working with the people at the school."

Niebrugge says that while he's been working at the high school this summer, he's also taken some much-needed time to relax with his family. He and Jennifer have two daughters and a son: Lexie will be a freshman in high school this year, Madison will be in fourth grade and Brendan will be in kindergarten.

At St. Anthony Niebrugge will be leading a staff of about 25 full- and part-time teachers who will be teaching 197 students. As it is with any other major life decision, Niebrugge admits to having felt slightly anxious about the move, but he's sure he's made the right career choice.

"At first I was a little nervous, but I think it is a little bit like riding a bike. Once I sat down at the desk it all came back to me," he says. "I've been working here off and on this summer and now it's about time for school to start. We're ready to go."

"We had some severe funding issues last year and came very close to discontinuing the school. Since this is a pivotal year in which the board is studying their options for the future, I have agreed to remain in the interim position for this year."

"I then became an assistant superintendent for personnel services at District 186," he says. "After retiring, I did some part-time work with the Sangamon County Regional Office for Education as well as some work with the PBIS network in Illinois."

Sullivan and his wife Janice, who is a retired teacher, have three grown children and 10 grandchildren — and those grandchildren include one set of twins and one set of triplets. He is a member of St. Agnes Parish in Springfield.

Sullivan says he is devoted to St. Patrick School for several reasons. "Having spent most of my career on the East Side of Springfield, I feel that there must continue to be a viable educational alternative to residents in this area," he says. "Also after meeting the staff of St. Patrick and seeing their dedication, I felt I should remain until they are able to find a permanent principal. The students here are absolutely great to work with as are the parents." 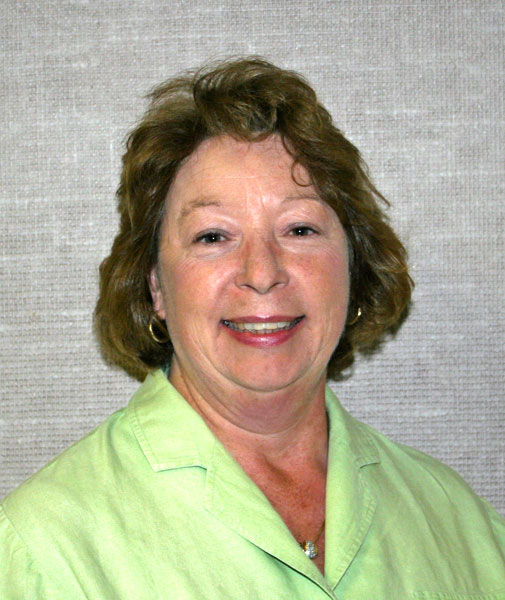 Although she isn't originally from Mt. Sterling, Ann Williamson says that by accepting the position of principal of St. Mary School she is, in a very real way, coming home. "I originally grew up 12 miles south of Mt. Sterling in Perry," says Williamson. "I feel like I've returned to the neighborhood. I'm excited to be back near my family and close to my hometown."

Williamson, who is the mother of two grown sons, has a bachelor's and master's degree in elementary education and a master's in education administration, all from Eastern Illinois University.

A teacher in Hutsonville public schools from 1977 to 2006, Williamson taught second grade for over 20 years, junior high language arts for six years and also a variety of summer school classes. Most recently she was principal of Carrollton Grade School from 2006 to 2010. At St. Mary School, she'll be leading a small staff of lay instructors that teach about 75 students from preschool to eighth grade.

Williamson officially began working at St. Mary School on July 1 and so far she likes what she's seen. "This school is smaller than what I've been accustomed to, but it is a very well-established school with a strong tradition," she says. "I have found it to have good facilities and up-to-date technology."

Because she has already met most of the teachers and spent July getting acquainted with the way St. Mary School runs, Williams says she looks forward to meeting the students when school starts later this month. "We have an experienced and highly-qualified staff here and the community has been very welcoming," she says. "I'm looking forward to working with everyone."