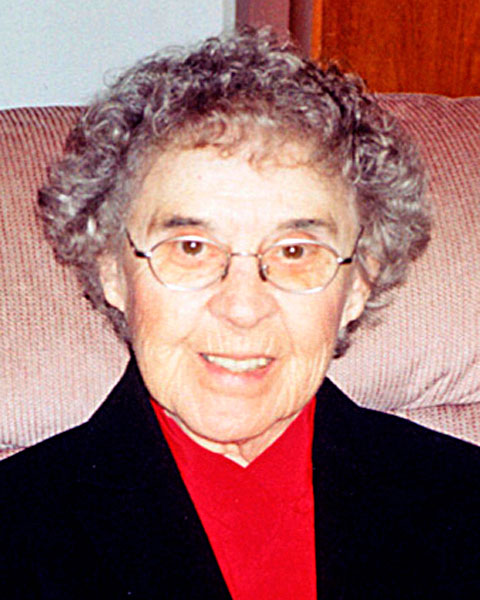 RUMA — Sister Loretta Berra, ASC, died Sept. 19 at the Ruma Center. She was 94 years old and had been an Adorer of the Blood of Christ for 76 years.

The fifth child of Charles and Josephine (Calcaterra) Berra, Sister Loretta was born in Herrin Feb. 6, 1916, and baptized Rose Catherine. As the youngest of her siblings, her family called her “Babe” from the time of her birth to her death. She made her first vows on July 2, 1934, and final profession on July 1, 1939.

Sister Loretta’s ministry was mainly as an educator. She served as teacher, choir director and principal in a number of Catholic and public schools in Illinois and Missouri. She attended St. Louis University, where she received a bachelor’s degree in American and European history in 1958 and a master’s degree in administration and supervision in 1964.

In the Springfield diocese, she was a teacher at the Catholic Children’s Home in Alton from 1935-1936 and principal and teacher at St. Mary School in Taylorville.

After Sister Loretta left the education field, she was administrator at the Ruma Center from 1980 to 1984. She then worked as an administrative assistant in the office of The Messenger, the Belleville diocesan newspaper, from 1984 to 1989, followed by ministry at St. Louis University for the Institute of Religious Formation from 1989 until 1996. Before retiring to the Ruma Center in 2002 she served as a volunteer at St. Louis University Hospital in the communications office.

Her parents, her brother Tony, and sisters Mary Gianella, Louise Hoffmann and Josephine Downs preceded her in death.

The Mass of Christian Burial was held Sept. 25 at the Ruma Center chapel, with Father Stan Konieczny presiding and Sister Jan Renz, ASC, regional leader, giving reflections. Burial was in the community cemetery.