‘Help each other to heaven,’ bishop urges long-married couples at Mass 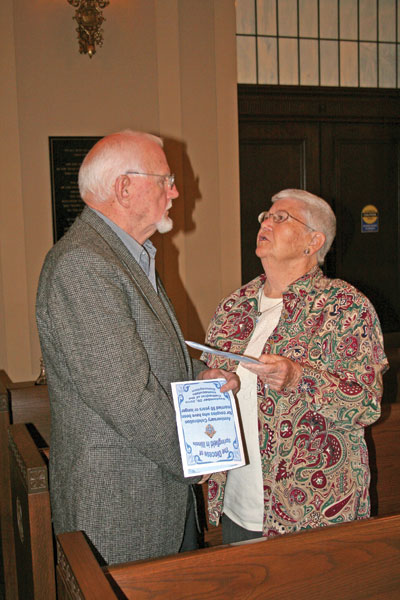 In a tribute to the sacrament of marriage about 225 couples were in Springfield on the afternoon of Sunday, Sept. 26 to take part in the diocesan anniversary celebration for couples who have been married 50 years or longer.

This anniversary Mass was the first one celebrated in Springfield by Bishop Thomas John Paprocki, who was installed in June. It was also the first time many of the couples in attendance had seen the newly renovated cathedral.

During his homily, Bishop Paprocki said that congratulations to long-married couples were in order as well as a prayer of thanksgiving to God. He noted that the couples had taken a vow — “a pledge before Almighty God” — to love and support one another in their marriage.

“Your success, with God’s grace, is a great witness,” he said. “Now, as you enter into your golden years, your important task is to help each other get to heaven.” He explained that couples can help each other by practicing their faith — praying together, going to church together, receiving holy Communion often, going to reconciliation, taking part in perpetual adoration, and praying the rosary together. 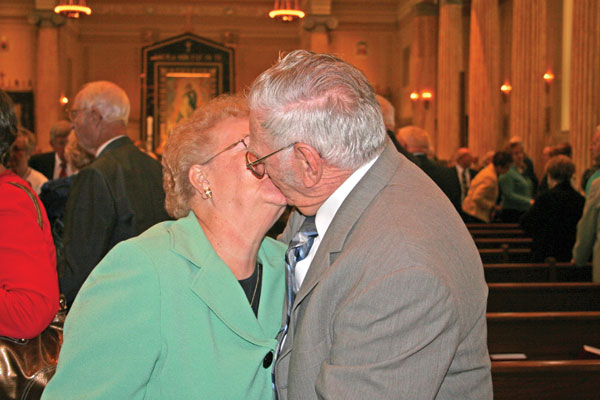 Following Bishop Paprocki’s homily, the couples renewed their wedding vows. They held hands while they declared their commitment to one another, many sealing those vows with a quick kiss.

Deacon Patrick O’Toole, director of the Office for Marriage and Family Life, took time at the closing of the Mass to ask those who were celebrating 50 years of marriage in 2010 to stand and be recognized. Those couples were congratulated with applause from all those who were in the church, many of whom passed the 50-year anniversary mark many years ago.

The Mass for long-married couples and the reception that follows are sponsored by the Office for Marriage and Family Life and funded by the Annual Catholic Services Appeal. Music and song before and during the Mass was provided by a combined choir from various parishes from the Alton deanery.