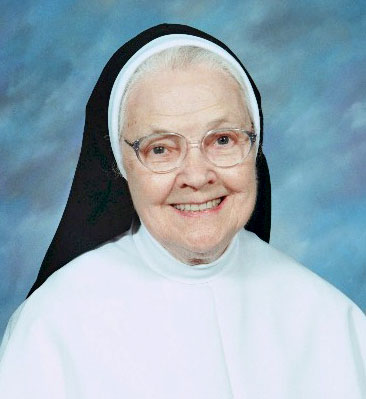 She was born to Maurice and Catherine (Galvin) Stack in Chicago and joined the Springfield Dominicans in 1938.

Sister Catherine Dominic began her ministry in elementary education. She taught in Springfield and Jerseyville before applying her talents and skills to nursing. Sister Catherine Dominic served in nursing and health care administration in Wellington, Texas; Denver, Colo.; Jackson, Miss.; and Rogers, Ark., for 40 years. She was director of pastoral care at St. Mary-Rogers Memorial Hospital in Rogers, Ark., from 1983-1994 and chaplain there from 1994-2004. In 2004, she retired to Sacred Heart Convent.

Sister Catherine Dominic was preceded in death by her parents, seven brothers and two sisters. She is survived by several nieces and nephews.