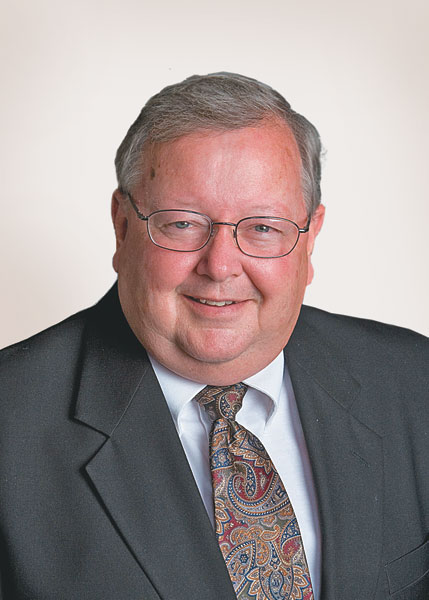 It was with great joy that Deacon Albert Allen was ordained to the transitional diaconate by Bishop Thomas John Paprocki during 10:30 a.m. Mass on Saturday, April 30 at the Cathedral of the Immaculate Conception.  At age 61, he is much older than the traditional seminarian, but he believes this ordination and his eventual ordination to the diocesan priesthood has always been God’s plan for him — it just took longer than usual.

Deacon Allen says that when he was younger, he often felt the call to become a priest. “It really started at a very early age, back from the school days when the sisters at my school (in Hannibal, Mo.) planted a seed,” he says. As he grew older and started a career, that dream was put on hold. Later he considered the sacrament of marriage, but somehow it never worked out that way.

When he was in his late 50s, Deacon Allen applied for and was accepted to the permanent diaconate program. During the interview process, he told those who asked that he had often considered the priesthood, but believed he was too old to become a diocesan priest.

He had completed the first year of studies for the permanent diaconate when Father Christopher House told him that, if he wished, he could become a seminarian for the Diocese of Springfield in Illinois. Deacon Allen says he remembers feeling overjoyed by the news.

Deacon Allen is completing his third year of theology at Sacred Heart School of Theology at Hales Corners, Wis., an apostolate of the Priests of the Sacred Heart. After completing a short spring class session in mid-June, he’ll be spending six or seven weeks assigned somewhere in the diocese. He’ll return to Sacred Heart in the fall, to spend one year studying before, if all goes as planned, being ordained to the priesthood in the spring of 2012.

“Sacred Heart is known for teaching people who have late vocations,” he says. “They understand how to teach us when we are a little older and we take some things at a slower pace. Sometimes it is more of a challenge to study because we don’t have that quick recall that we once did. But once you get into the rhythm of it, it comes back.”

Deacon Allen believes that because he was in a career that required completing frequent classes — he was a computer systems analyst — that his theology studies have come a little easier.

Father Christopher House, director of the Office for Vocations since 2008 and pastor of Holy Cross Parish in Auburn, St. Patrick Parish in Girard and Sacred Heart Parish in Virden, vested Deacon Allen. Several of Deacon Allen’s siblings joined him for the ordination and celebration that followed as did Father David Szatkowski, SJC, JCL, who represented the seminary.

“I picked Father House to vest me because he was associated with my parish, St. Katharine Drexel in Springfield, but mostly because he has walked this journey with me since Day 1. He has been there every step of the way,” Deacon Allen says. “He has been a support person and a spiritual example for me.”

Looking back on the many years that led to his vocation, Deacon Allen truly believes God has always been leading him to the priesthood, even though he’ll be ordained at an age when most people are ready to retire. “My vocation has been a lifelong thing and comes even though I had a beautiful job and a home,” he says. “Now I know that it is finally coming to fruition after a lifetime of discernment.”