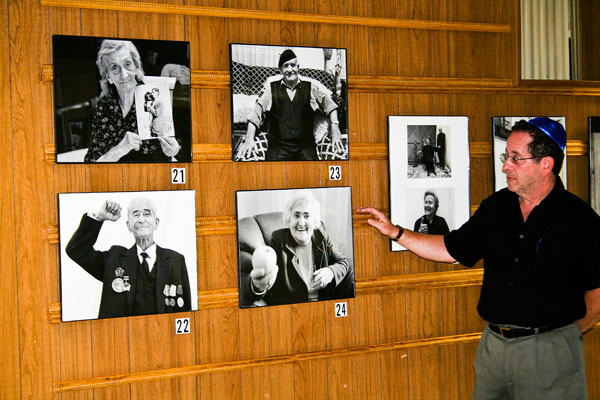 From now until the end of August, people in the Springfield area have a chance to get an up-close look at photographs that not only portray history, but bravery and kindness. They also inspire hope, says Rabbi Michael Datz.

Temple B’rith Sholom in Springfield is hosting an exhibit of 30 black and white photographs by a noted American photographer. The exhibit, entitled “Albanian Muslim Rescuers During the Holocaust: Photographs by Norman Gershman” was brought to the capital city thanks to the efforts of Rabbi Datz. The story behind the photos needs to be told, he says.

During World War II, Albania was 90 percent Muslim. However, Albanian Muslims hid more than 2,000 Jews from the Nazis. The Jews were from Albania, Greece, Austria, Italy and elsewhere. Their protectors were ordinary women and men — shopkeepers, housewives, dairy workers and physicians. Following WWII, as a result of the good will of the Muslims, there were more Jewish people living in Albania than prior to the war.

Gershman, who is based in Colorado, spent five years taking the portraits and interviewing the Albanian Muslim rescuers and their descendants. He discovered that many of the rescuers based their actions on Besa, an Albanian personal code of honor that means “Keep the promise.”

Rabbi Datz first saw the photographs in Houston while visiting the Holocaust Museum. He explains that they represent the hope “that Israel and her neighbors might one day co-exist in peace.” Each portrait is accompanied by a personal statement of the represented individual’s notable action.

“It wasn’t just the photographs alone, moving and beautiful as they are, that captivated me,” says Rabbit Datz, “but also the life-affirming message of the exhibit and each Albanian’s individual story. How may of us have such courage and could imagine risking our lives for that of a perfect stranger? 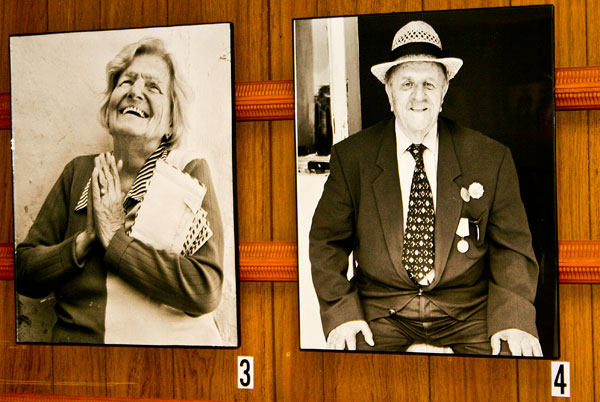 “Another aspect of the tale that caught my attention is this: the image of the relationship between the Jews and Muslims as so often depicted today is generally a negative one,” he says. “These photographs belie that and give a message that it need not be that way; there have indeed been times and places where the two peoples lived in harmony.”

Rabbi Datz says there is a common humanity between all people, if we choose to recognize it. “Our religious or ethnic identities do not necessarily dictate or pre-ordain what our relationship must be with others,” he says.

“Finally, we often think of Western Europe as the most enlightened or progressive part of the Continent,” he says. “However, in fact, some of the most heroic tales of compassion during this chapter of history are to be found in the region of Europe commonly known as backwards — Albania, and in another less well-known story (not dealt with in the exhibit), Bulgaria.”

Father Kevin Laughery, ecumenical and interreligious officer for the Diocese of Springfield in Illinois, pastor of several parishes and a friend of Rabbi Datz, says, “The people who aided the Jews in getting them to safety were obviously motivated by a sense of religious kinship; they recognized in the Jews fellow believers in one God.

“I am sure that their sense of kinship went even deeper than this,” Father Laughery says. “They recognized the lies about race and nationhood for the lies they were. They practiced the truth in love.”