Principals provide new leadership at schools in the diocese

With the 2011-2012 school year just about to get under way, principals and teachers all over the Diocese of Springfield in Illinois are ready to share their knowledge with the thousands of young people who attend Catholic schools, says Marilyn Missel, associate superintendent of Catholic schools.

This year, several Catholic schools in the Springfield diocese — one yet-to-be-opened high school and four elementary schools — will be under new leadership. All of the new elementary school principals either already have or will soon be at the pastoral center in Springfield for a new principal meeting.

"Four of our diocesan elementary schools will have new principals beginning this new school year," says Missel. "All four come to us with a variety of educational experiences and we are blessed to have found such dedicated individuals who are anxious to become part of our Catholic school system. All of us in the Office for Catechesis look forward to working with them."

Here, all of the new principals have shared their thoughts on the upcoming school year. 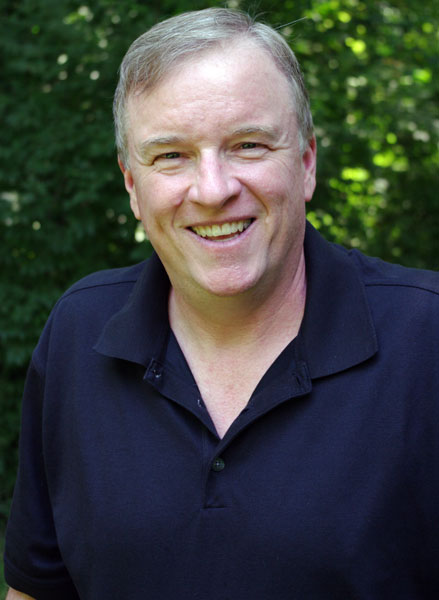 Mike Palmer is in the unusual situation of remaining as full-time principal of Ss. Peter and Paul School in Collinsville, while also acting as the principal of a new school — Father McGivney Catholic High School (FMCHS) — that is still under development.

Palmer explains that FMCHS will serve students in grades 9-12 in the southern Madison County area. In 2012, the school will open in a dedicated wing in St. John Neumann Catholic grade school in Maryville while the permanent facility is being built.

When he isn't working at Ss. Peter and Paul's, Palmer will be hiring staff and designing curriculum for FMCHS.

Doug Villhard, president of the FMCHS board of directors, says he believes Palmer is well-suited for the job. "Mike is very creative when it comes to modular scheduling and he will lead an exemplary high school for modern times, including laptops for every student and electronic text books. He has considerable experience working with high school students and we are lucky to have a professional of his caliber to guide us through the process."

Palmer, who is on the Founder's Board of FMCHS, has already devoted a large amount of his free time working on getting the high school ready for its scheduled fall 2012 opening. "St. John Neumann School has graciously allowed us to come into a wing of their building," Palmer explains. "Our goal is to get 40 freshmen in that class, although there is certainly the potential to do more than that. I plan to find the staff for the school.

"I am extremely honored to have the opportunity to serve the students and parents of FMCHS as the first principal," he says. "I look forward to the challenge of creating a Catholic secondary school that will provide the students of southern Madison County with the chance to continue their faith formation that was begun by our outstanding Catholic elementary schools.

"It is my goal to fulfill the dreams of the founders of FMCHS by creating a school that will become a leader in academics, athletics and activities in a truly Catholic environment," he says.

Palmer earned his bachelor's in history and political science from McKendree University and his master's in historical studies from Southern Illinois University at Edwardsville. He holds certificates in administration and teaching.

Palmer spent the first 17 years of his career at St. John the Baptist School in Red Bud where he was a teacher, athletic director and assistant principal. He then spent six years at Gibault Catholic High School in Waterloo where he was a history and religion teacher, athletic director, director of buildings and grounds, director of transportation, dean of students and assistant principal.

At Ss. Peter and Paul's, Palmer is responsible for 230 students in pre-K through eighth grade. He says that he is grateful for the folks in Collinsville who have been so accepting of his efforts for both schools. "The people here at Ss. Peter and Paul have been supportive as has our pastor, Father John Beveridge. Of course, Father Beveridge has always been very supportive of all Catholic education," he says.

Life-long Ss. Simon and Jude, Gillespie parishioner Harry Cavanaugh will be traveling 35 miles each morning to his new job as principal of Ss. Peter and Paul School in Alton.

Cavanaugh retired as superintendent of the Lebanon School District in 2010, with the hope of eventually leading a Catholic School in the Springfield diocese. "Right after I left work last year I started looking at the ads in Catholic Times, to see if a school was looking for a principal," he says. "So, when I saw the ad for Ss. Peter and Paul in Catholic Times it was like God was tapping me on the shoulder."

So far Cavanaugh has spent 41 years working in public education. For the first three decades of his professional career, he was a teacher, guidance counselor and then principal at Bunker Hill. "Then I had a chance to go back to my Alma Mater, Gillespie High School, where I was principal for five years," he says. "Of course, I spent my last six years as superintendent in Lebanon."

At Ss. Peter and Paul, Cavanaugh will have a staff of eight teachers and about 90 students in Pre-K through eighth grade.

"I was happy to come back to work," Cavanaugh says. "I was home for a year and I was busy, taking care of the cars, the yard, the meals and the house. I did some babysitting for my daughter's kids, but they will all be in school this year. I wasn't working but I was busy.

"However, now I'm ready to get started. I've been to a 'meet and greet' after Mass and I'll be going to more," he concludes. "I've met a lot of nice people. This is my first time working in a Catholic school and I'm excited for school to start." 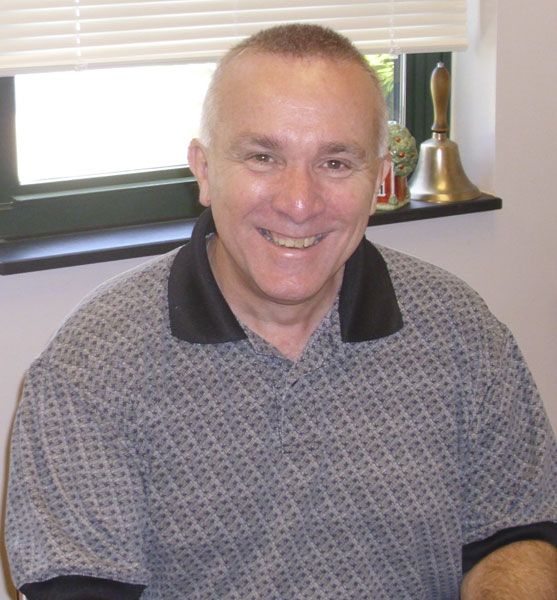 Although he just retired from leading a public school district this spring, Dan Clasby has already begun a new job as principal of Sacred Heart School in Effingham.

Clasby will be working at least three days a week, sharing his job as principal with Judy Luchtefeld, who had been the sole principal at the school. At Sacred Heart, the two professionals will be leading a staff of 18 faculty members and 155 students in preschool and grades K-8.

Clasby retired from Effingham Unit 40, where he was superintendent of schools. Before that he held a number of in-school positions that led him eventually becoming superintendent at Southwestern School District.

College has played an extremely important part in Clasby's adult life. He has his doctorate degree from St. Louis University, a master's and two specialist endorsements from SIU Edwardsville, and a bachelor's degree from Quincy University. Additionally, he has taken other courses of study at the University of Illinois and at Harvard University.

Clasby and his wife Pat, who is a retired French and English teacher, are the parents of five extensively-educated adult children and they have one grandchild. Their youngest daughter, Carrie, is a senior at U of I.

Because Clasby has such a love for education, he feels ready to lead a school, even in retirement. "I am a cradle Catholic and my faith is important to me," Clasby says. "I have been blessed with good health and thought this would be a good thing for me to do. So far, everything is going great." He will also continue in his role as a professor at both Rockford College and Greenville College.

A member of St. Anthony of Padua Parish in Effingham for many years, he and his wife are now joining Sacred Heart Parish so that they can be more involved in both their parish and the school. 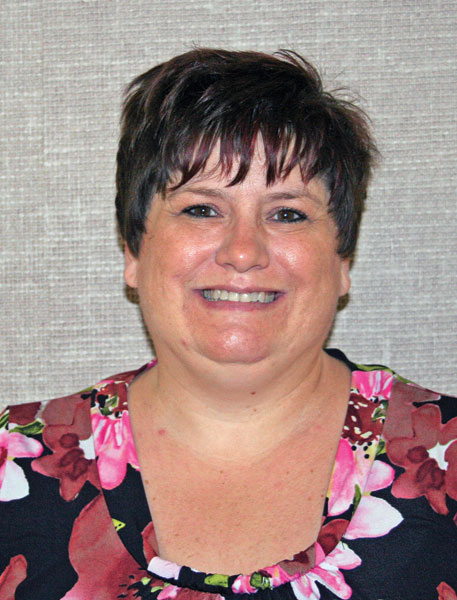 After working in public education and in the nursing field, Kim Marsaglia says she looks forward to a new environment at St. Patrick Catholic School in Springfield.

The newest principal at St. Patrick, Marsaglia brings with her a good deal of experience teaching in public schools, including the Divernon, Chatham and New Berlin school districts. At St. Patrick she will be leading nine staff members who teach 40 students.

Marsaglia, who is married to a public school educator and has two daughters, ages 21 and 16, says she has spent many years as a college student. She has a bachelor's degree in elementary education, a bachelor's degree in nursing, a master's degree in education, curriculum and instruction, and is completing her administration certification at the University of Illinois in Springfield. "I also serve as an adjunct instructor at Benedictine University in the Literacy and Reading Specialist program," she says.

"I am fortunate to have a terrific qualified staff that cares deeply for the spiritual and academic success of each child," she says. "I look forward to teaching at a faith-based school where God and Christ-like values are the center of the school curriculum." 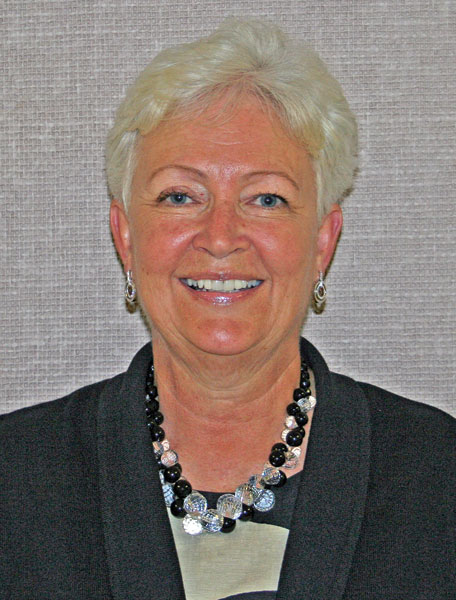 After having spent 28 years as a public school educator and administrator, Linda Tusek is ready to experience Catholic elementary education as the new principal of St. Joseph School in Springfield.

Tusek has a bachelor's in education from Illinois State University and a master's in administration from the University of Illinois in Springfield. She began her career as a P.E. teacher in Jerseyville, but after three years she spent 13 years teaching first- and second-graders in her home town of Petersburg. For the past 12 years she has been principal of PORTA Central, also in Petersburg.

Although she lives in Petersburg and is a member of St. Peter Parish there, Tusek is familiar with St. Joseph Parish. "My husband and I were married at St. Joe's in November of 1971, and we have many friends who are parishioners," she says.

Tusek wants to lead at St. Joseph's because it is there that she sees "an opportunity to be part of a faith-filled community, where we can lead children to be disciples of Christ."

"It is a blessing that I will embrace with enthusiasm," she says. "I look forward to working with the wonderful students, families and faculty of St. Joseph School — to continue the excellent history and reputation of Catholic education for which St. Joseph's is known."

At St. Joseph School, Tusek will be leading a staff of 15 and will serve as principal for 110 students.