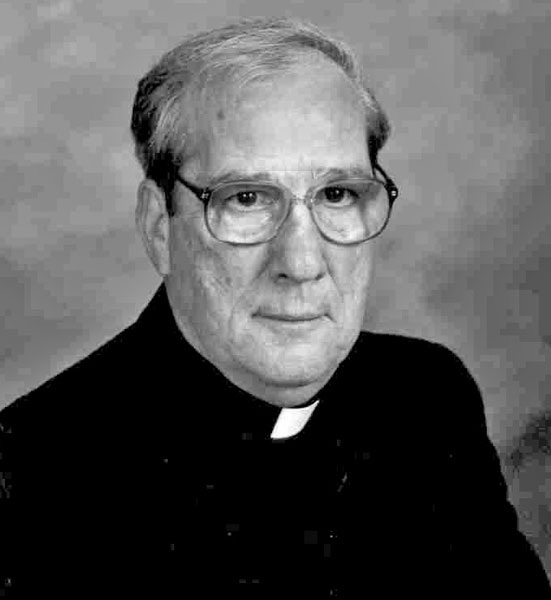 ARLINGTON HEIGHTS — Father Thomas Wise, CSV, passed away on Aug. 11, after an extended illness. He was 85 years old and had been in hospice care at the province center.

Father Wise was born on Oct. 6, 1925 in Chicago, the son of Bernard and Cecelia (Mulrenin) Wise. He was preceded in death by his parents as well as two siblings, John and Bernard. His sister, Cecelia, survives him, along with many nieces and nephews.

He first professed his vows as a Viatorian in 1949. His decision to enter the Clerics of St. Viator came after he attended St. Ignatius High School and upon graduation, served in the U.S. Navy during World War II as a radar operator from 1942-1946.

After joining the Viatorians, Father Wise attended St. Ambrose College in pursuit of a degree in political science before earning an advanced degree in educational administration from Bradley University. His first teaching assignment took him to Cathedral High School in Springfield from 1952-1953. For the next three years, he completed preparation for the priesthood.

Father Wise was ordained in Arlington Heights on Aug. 15, 1956, by Cardinal Samuel Stritch and the next year headed to Spalding Institute in Peoria where he taught until 1961.

Father Wise then accepted a placement in Bogota, Columbia, where he was one of three priests who founded the Viatorian mission there. They began ministering to families and within two years opened an all-boys school. Father Wise served as assistant principal and dean of studies at Colegio San Viator until 1970. He then returned to the United States as a teacher and a student at Loyola University.

In 1973, Father Wise went to St. Viator Parish in Chicago, before assuming the role of pastor, from 1979-1985. From there he served at St. Viator Parish in Las Vegas from 1985-1988. His final assignment before his retirement was spent as associate pastor at Holy Family Church in Granite City.

A Mass of Christian burial was celebrated at St. James Church in Arlington Heights. Burial was in the Viatorian plot at Queen of Heaven Cemetery in Hillside.