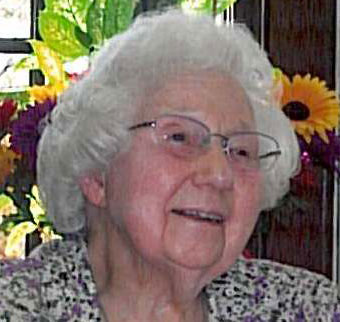 The daughter of William F. and Viola Fay Harlan Walden, she was born on Nov. 15, 1922 in St. Louis and given the name Colleen Viola. Of her seven siblings, two brothers survive her: Pat Walden of Kansas City, Mo., and James Walden of Sioux Falls, S.D. She was preceded in death by her sisters Frances and Anastasia and her brothers Harvey, Raleigh and Eugene.

Sister Mary attended Adams and Horace Mann Elementary School in St. Louis. Her secondary education took place at Roosevelt High School in St. Louis and Ursuline Academy in Arcadia, Mo. She attended Briar Cliff College in Sioux City, Iowa and the College of New Rochelle in New York and received a bachelor's degree. She then earned her master's degree in religious education at Catholic University of America and another in theology at St. Mary's University of San Antonio. She entered the Ursuline Sisters in January 1942 and made her first vows in 1944.

Sister Mary shared her gifts and her education through ministry in Springfield; in several areas of Missouri; and three cities in Texas. In May 2009, she retired to Queen of Peace Healthcare Center in Alton.

Msgr. Kenneth Steffen presided at a funeral Mass for Sister Mary on Aug. 17, with funeral arrangements provided by Staten-Fine Funeral Home. Memorials may be made to the Ursuline Queen of Peace Healthcare Center, 845 Danforth St., Alton, IL 62002.