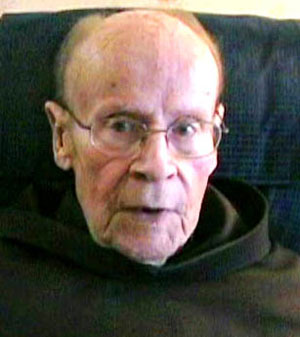 Father Donard began his service to the church and to the order as "field secretary" for the Seraphic Society for Vocations (SSV), the province's vocation office. Except for two special assignments - three years as field secretary for lay retreats working out of Alverna Retreat House in Indianapolis from 1963 to 1966 and a year of continuation from 1972 to 1973 - Father Donard spent his career in parochial ministry from 1950 to 2007 when he retired to Our Lady of Angels Friary in Villa West in Sherman. He also served as a provincial councilor or definitor from 1987 to 1990.

Father Donard became known as a "master builder" because it seemed that wherever he was stationed, he embarked upon a major building project. He built parish churches in Ruston, La., and New Lenox, and oversaw the construction of the church at St. Anthony of Padua Parish in Parma, Ohio. He was responsible for the new shrine church at Cross in the Woods in Indian River, Mich.

Staab Funeral Home, Springfield, was in charge of local arrangements.