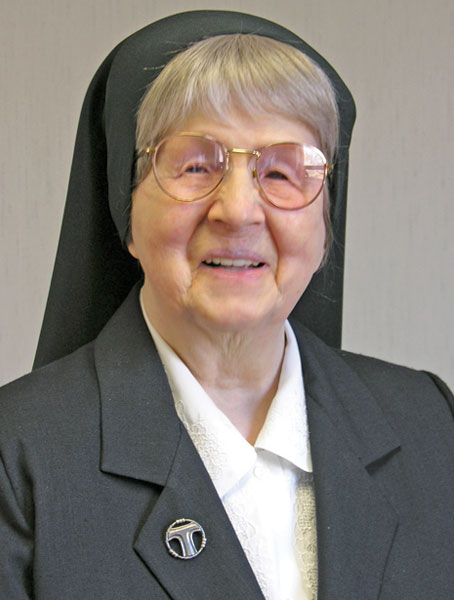 Sister Christella, the former Agnes Misch, was born in Alt Schalkowitz, Silesia, on Jan. 14, 1914, the daughter of Peter and Maria Wiench Misch. She entered the congregation on Jan. 14, 1931, and professed her religious vows on Oct. 4, 1933.

In addition to her parents, she was preceded in death by three brothers: Johann, Francis, and Peter Misch; and six sisters: Paula, Hedwig, Anna, and Rosalie Misch, Sophie Thoma, and Flora Skora.

She is survived by two nephews, Heinz and Rudi Skora, both of Germany, as well as her Franciscan sisters with whom she shared her life for over 81 years.

The Eucharistic Celebration and Rite of Christian Burial was celebrated by Father Andre Schludecker, OFM, on March 7 in St. Clare of Assisi Adoration Chapel at St. Francis Convent. Burial was in Crucifixion Hill Cemetery.

Kirlin-Egan Butler Funeral Home was in charge of arrangements.