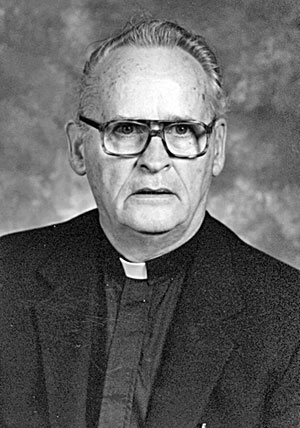 He was born Sept. 19, 1923 in Springfield, the son of Thomas F. and Helen Bridget Casey Morris.  He graduated from St. Agnes Grade School, Cathedral Boys High School, Springfield College in Illinois, and then Kenrick Seminary. He was ordained to the priesthood on April 17, 1949 by Bishop William A. O'Connor at the Cathedral of the Immaculate Conception in Springfield.

He was preceded in death by his parents, three brothers, James J., Rev. John and Richard W. Morris and his sister Helen Frances Morris.

Father Morris is survived by his brother, Thomas C. Morris of Springfield; a niece and nephew; three great-nephews and two great-nieces; several cousins.