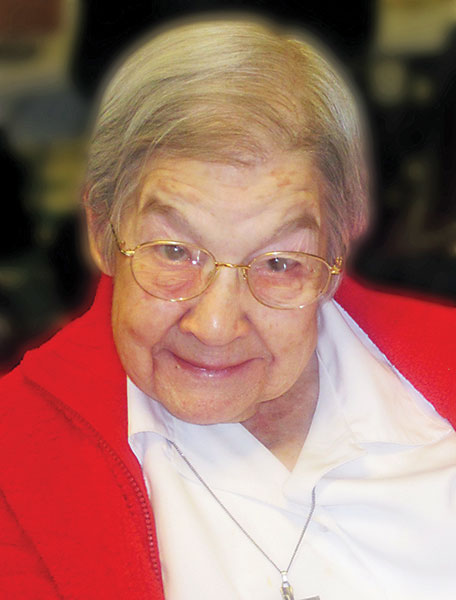 ST. LOUIS — Sister Mary Margaret Prenger, OSU, died peacefully April 9 at Our Lady of Wisdom Healthcare Center in New Orleans. She served many years in the Diocese of Springfield in Illinois. She was 96 years old.

The daughter of Frederick C. Prenger and Blanche Marcelle Marion Prenger, she was born Edna Marie Prenger on March 11, 1923, in New Orleans. Sister Mary Margaret graduated from Ursuline Academy of New Orleans and attended Ursuline College there. She entered the Ursuline Sisters in July 1942 and made her vows in January 1945.

Sister Mary Margaret’s versatile gifts enabled her to minister as a teacher, principal, archivist, librarian and secretary, serving in Illinois, Louisiana, Texas and Minnesota in the Ursulines’ Central Province. She taught at Ursuline Academy in Springfield from 1960-1962 and 1984-1994 and was principal from 1963-1967. She was provincial secretary for the Central Province from 1971-1977 and served on the provincial leadership team from 1972-1974. She also lived and served in France and Italy and was a member of the secretarial staff at the Ursuline Generalate in Rome. Sister Mary Margaret retired to the Ursuline community in Alton in 2008 and moved to Our Lady of Wisdom in 2014.

She was preceded in death by a brother, Frederick C. Prenger Jr., and two sisters: Dorothy Prenger Clary and Marion Prenger Thiele. She is survived by many devoted nieces and nephews.

A funeral Mass was celebrated April 13 at the National Votive Shrine of Our Lady of Prompt Succor in New Orleans. Burial was in the Ursuline Sisters’ mausoleum on the Ursuline Academy campus.