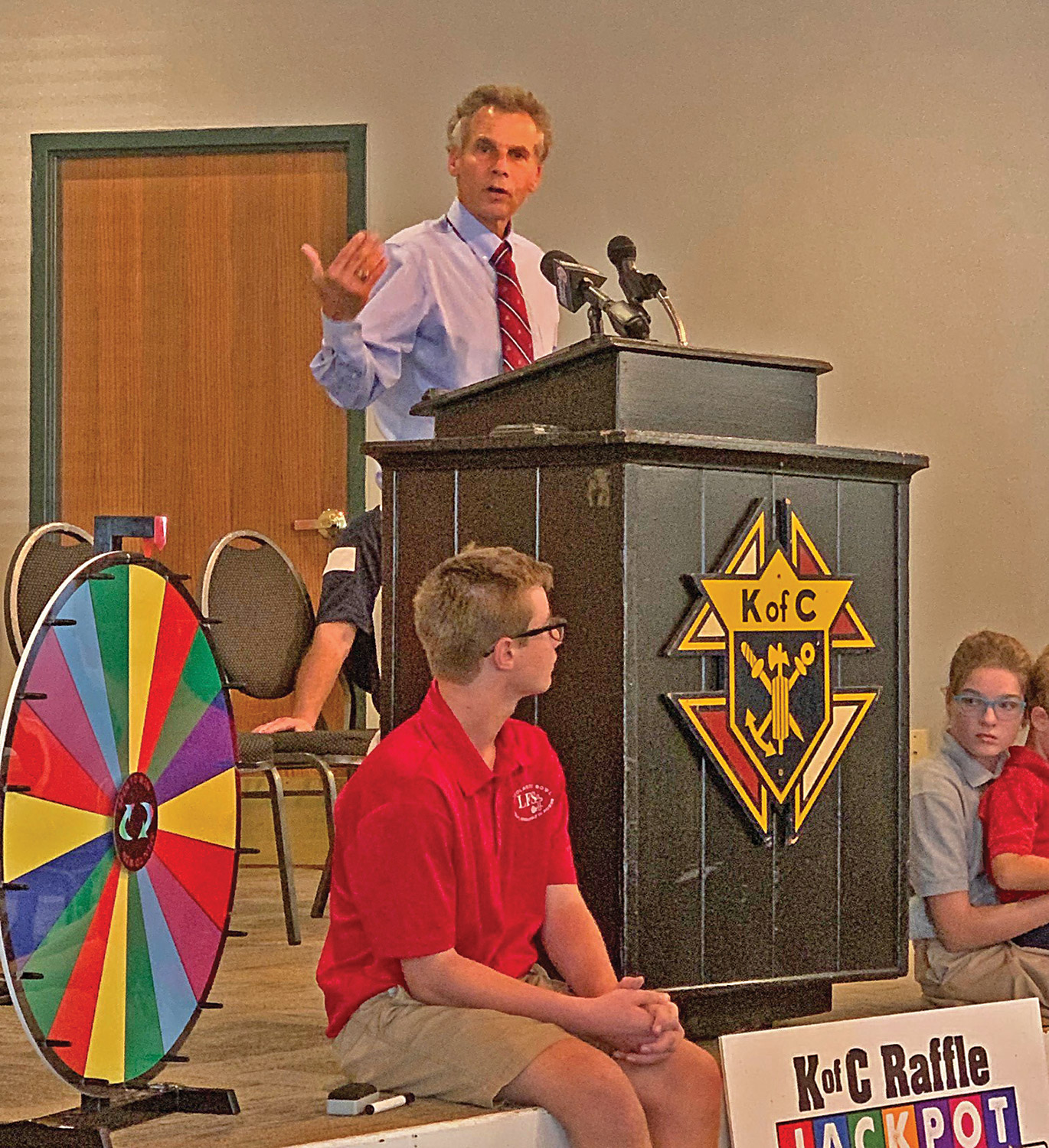 It became a spectacle in Springfield week after week this past summer as thousands of people packed the Knights of Columbus Hall on Springfield’s west side and other satellite locations, hoping to be the big winner in the Knights of Columbus Council 364’s Big Raffle, which grew to $625,000. This, after the fund had been growing for two years because week after week, the person selected never correctly picked the jackpot square. (The game originally started with 100 squares, and each week one would be eliminated until the jackpot square was correctly chosen.) Finally, last month, Cindi Fleischli’s ticket was drawn and she picked the jackpot square.

Now, not only is Fleischli a big winner, but Springfield Catholic schools and other local charities are big winners as well. The Knights of Columbus Council 364 announced Sept. 27 that each Catholic grade school in Springfield received $10,000 each (totaling $60,000) and other local charities also received big checks. Overall, the council distributed $97,000 in charitable contributions.

The Knights say that “Catholic education in Springfield has been a cornerstone of this community for over a hundred years and charitable contributions play an integral role in keeping these schools open. Each school received $10,000 to use on education, building improvements, or to assist with operating costs.”