EDWARDSVILLE — On April 20, 2019, 42-year-old Deegee Kienstra of Edwardsville officially became Catholic, receiving three sacraments at the Easter Vigil at St. Mary Parish in Edwardsville: baptism, confirmation and Communion. The road to that powerful day is filled with moments where the Holy Spirit planted seeds of inspiration.

EDWARDSVILLE — On April 20, 2019, 42-year-old Deegee Kienstra of Edwardsville officially became Catholic, receiving three sacraments at the Easter Vigil at St. Mary Parish in Edwardsville: baptism, confirmation and Communion. The road to that powerful day is filled with moments where the Holy Spirit planted seeds of inspiration. 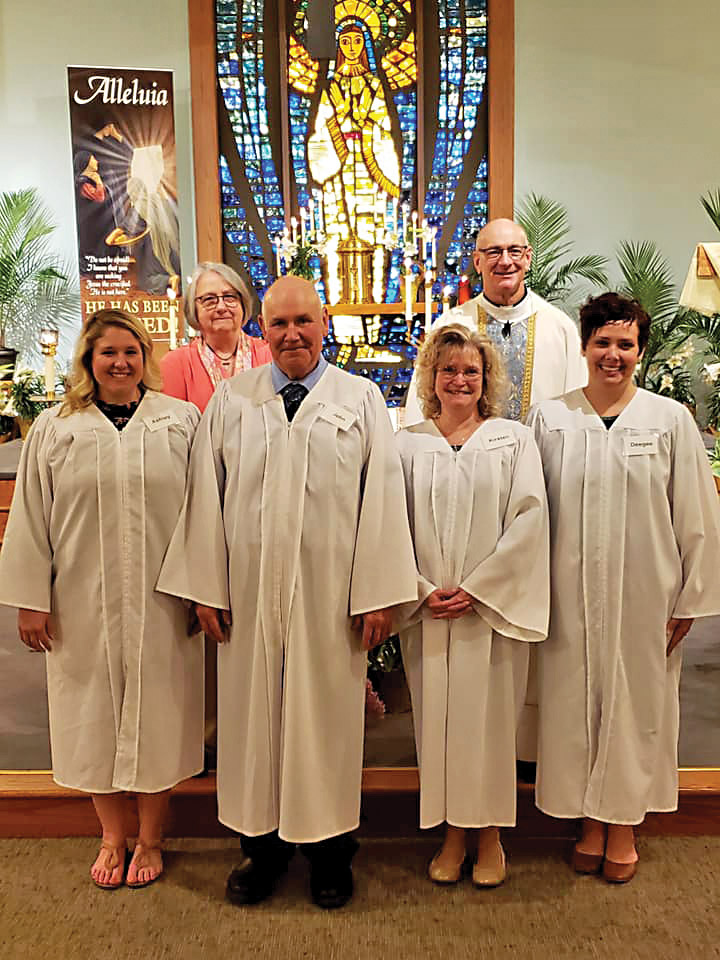 Growing up, Kienstra never thought she’d become Catholic. Then when she was 13, her family joined the Church of Jesus Christ of Latter-Day Saints. When she married her husband, Thomas (they have three children: Matalyn, 22; Zoe, 19; and Jack, 17), who was an inactive Catholic, she says they had mutual respect for each other’s beliefs, but she had no desire or had not even thought about becoming Catholic. But then something happened, seeds if you will, planted by the Holy Spirit.

She recalls driving to work one morning in 2014 and seeing the sun hit the cross on the top of St. Boniface Church in Edwardsville. “It was absolutely glowing and at the time, gave me an overwhelming sense of peace and warmth in my chest,” she said. Perhaps the first seed planted by the Holy Spirit.

It was such a powerful moment, she called the church and set up a meeting with the deacon. They met at a local restaurant and went over her feelings but after talking to him at the time, she says she still wasn’t ready to proceed to the Catholic faith.

Then she met a priest who changed everything, the second seed. Catholic Times Editor Andrew Hansen caught up with Kienstra, who shares her incredible journey that not only brought her to the Catholic faith, but someone she loves deeply back to the faith.

When you look back, was there someone who was the most influential to you becoming Catholic?

The most pivotal moment with me being attracted to the Catholic Church was meeting Father Dan Bergbower (now pastor of St. Agnes Parish in Springfield). I was a hospice nurse at a local hospice home in Edwardsville (which has since closed). Father Dan came out to see one of the parishioners for the church and gave me his personal cell number. He told me I could call him for anything. Father Dan would come to see one of my patients if they requested to see a priest. He didn’t care if they were part of his parish or even Catholic, he would come each time.

So, add a few years, and I just went through a process with having an ill child, overwhelmed at work and feeling emotionally barren. I prayed for peace and direction in which my life needed to follow. I thought to myself, “Who has been the greatest example of Christianity in my life?”

Father Dan came to my mind, and I immediately called the parish again. I emailed Father Dan, and he told me to come to a Mass on Saturday, and he could talk to me afterward. I had my inactive Catholic husband, Thomas, go with me and we attended Mass. I introduced myself to Father Dan and cried openly letting him know why I remembered him and how my spirit had been broken. He listened to me, said he was glad that I came and lifted his left arm waving down the RCIA teacher Gloria Couvion — and so it goes.

While exploring our faith, what were some aspects that surprised you?

That we are all in this together. Not one of us is more important than the other in the church. We all have work to do. Your relationship with God is very personal and (there is) no need for outward recognition by the fellow members in the parish. 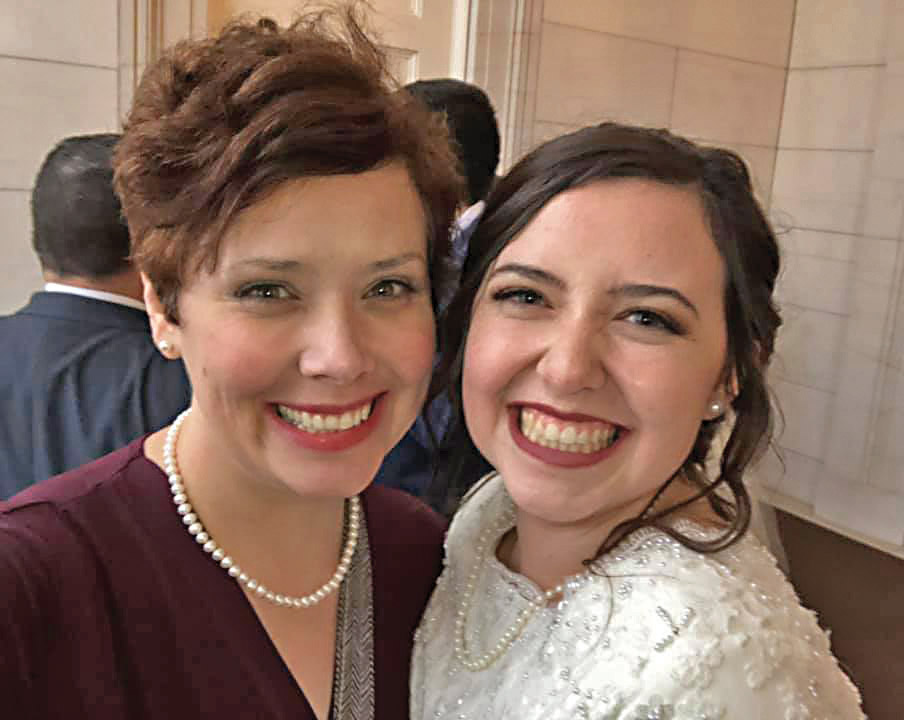 What was the hardest aspect of becoming Catholic? Was there a teaching you had to dive deep to fully accept and how did you overcome that?

I had difficulty understanding the Trinity because I had been taught something very differently in my previous belief system. I asked questions, prayed, and felt a deep understanding of how God the Father, Jesus Christ, and the Holy Spirit are all the same in purpose and the rest fell into place.

During your RCIA process, you were what the church calls a catechumen, someone who was unbaptized. On the day you were baptized, you also received confirmation and first Communion, officially becoming part of our faith. Describe the joy and emotions you felt.

I cried of course! (Insert Father Dan waving a handkerchief toward me any time I speak of this moment). I felt the weight of the world lifted off my shoulders. I had been carrying guilt from previous life experiences and not being able to live the LDS religion with a full heart. I felt the presence of God’s love.

You’ve now been Catholic for several months now. What do you love about it?

I love going to Mass. I can feel my soul need the Eucharist weekly. It’s like when you go bowling and have the bumper guards in place to nudge you in the right direction again.

When you look back on your faith journey, what stands out?

How much I loved going to RCIA. I was surprised at how long the course was until baptism at first. When I started going, it became a safe place for me to talk about things in our culture we generally are not comfortable doing. I’ve missed it and the people since we completed the course.

Has your husband returned to the faith?

My husband supported me completely and started going back to church with me. He went to every RCIA class with me. He has since gone to confession, joined the Knights of Columbus, and is active in our men’s retreat in our parish. It has been a blessing for our marriage.

There are many who grew up Catholic and have fallen away from the church. On the other hand, you found the church, and are joyfully living out your faith. What would your message be for those who have fallen away?

It’s never too late. The community has welcomed me as an outsider, late-comer, and novice to the religion. Have no guilt or shame in the reason you left. Be prayerful, be forgiving of yourself and others, and finally come to feel the love Christ has for you.