Blessed Sacrament’s principal gives of herself, saving a friend while deepening her own faith

As Sabrina Carter works with students in the Ball-Chatham School District as a psychologist, a job that brings her joy and the satisfaction of personally helping the lives of young people, it’s not uncommon for her to think about her own life and the selfless gift given to her. What would her life be like today if it weren’t for this gift? How much pain would she be in? Would she even be alive?

It all started in 2015. After going to her doctor with stomach pains, tests determined she had Stage 3 kidney disease. Over the next year and several visits to doctors in places like Chicago and St. Louis, no one could determine why her kidneys were failing and getting worse by the day.

As Sabrina Carter works with students in the Ball-Chatham School District as a psychologist, a job that brings her joy and the satisfaction of personally helping the lives of young people, it’s not uncommon for her to think about her own life and the selfless gift given to her. What would her life be like today if it weren’t for this gift? How much pain would she be in? Would she even be alive?

It all started in 2015. After going to her doctor with stomach pains, tests determined she had Stage 3 kidney disease. Over the next year and several visits to doctors in places like Chicago and St. Louis, no one could determine why her kidneys were failing and getting worse by the day. 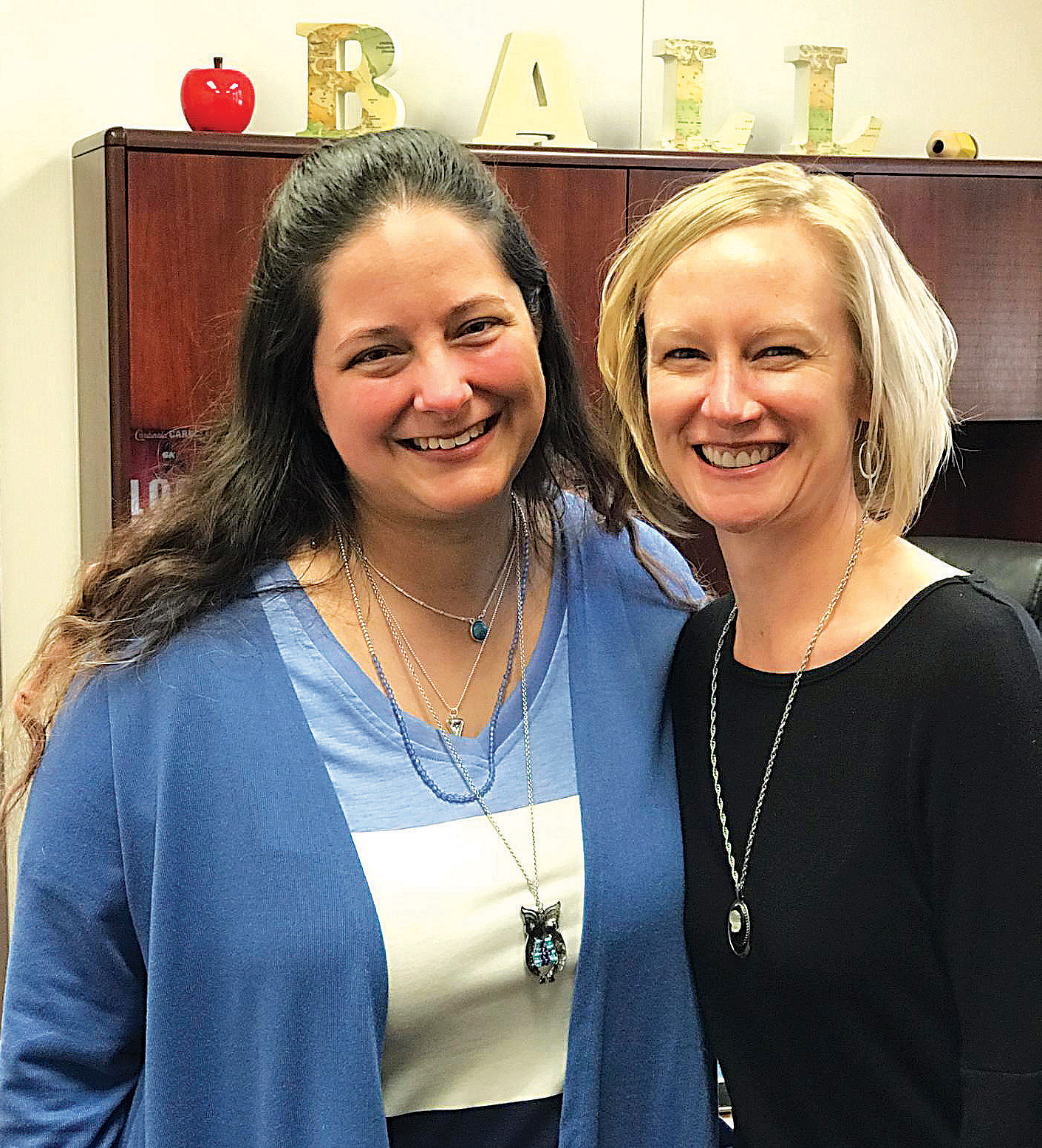 “It was definitely all overwhelming,” Carter said. “Particularly the initial diagnosis. It appeared to rapidly go from ‘I’m going to the doctor for stomach pain’ to ‘You have declining kidney disease and will eventually need a transplant or dialysis to stay alive.’”

The kidneys function to filter the blood and to maintain your body’s electrolytes in a state of balance so that the rest of the organs, such as the brain, the heart, and the muscles, all function appropriately.

“Kidney failure is very serious because toxins can build up in the body and the balance of electrolytes can be disrupted,” said Dr. Kristopher Yoon, a clinical Instructor of Internal Medicine and Pediatrics with the David Geffen School of Medicine at UCLA in California and a native of Decatur who attended Our Lady of Lourdes School and St. Teresa High School. “Over time, this can lead to heart disease, malnutrition, increased bleeding risk, altered mental status, and increased risk of infection.”

In April 2017, it was decided that Carter needed a kidney transplant. Yoon says that a transplant is better than dialysis because the donor kidney is working full time to filter the blood.

“It is also the body’s natural way to deal with toxins,” Yoon said. “With dialysis, patients often have to be connected to a machine for several hours at a time, several days a week. It also requires the blood to be pumped out of the body, filtered through a machine, and pumped back into the body. This is very stressful to the body and puts a person at risk of infection as well as causing increased stress to the body.”

After being approved as a good candidate by the transplant team, the wait began.

“While most people I worked with did not even know I was sick, I sent out a district-wide email asking for people to consider donating,” Carter said.

“It was my first year as a special education administrator, and Sabrina was assigned to my team,” Klinner said. “She surpassed all expectations and became an integral support for our students with special needs. I had the pleasure of working alongside Sabrina for five years. Once it was discovered that her kidneys were starting to fail, many different treatments were tried, and I watched her come to work and give her all even when she was struggling with her health. It was difficult to watch her feeling so poorly when I knew what amazing talents she had to share with those around her. I tried to support her in every way I could, and I prayed often for her health to improve. At the end of my last year in the Ball-Chatham Schools, Sabrina was placed on the kidney transplant list. While I was moving on to work at my alma mater, Blessed Sacrament, I continued to keep Sabrina in my prayers and periodically asked her for updates.”

Little did Klinner know that God was using those prayers to nudge her to physically help Carter.

“I just kept thinking that I have type O blood, so maybe I should be tested for kidney donation,” Klinner said. “I began to get tears in my eyes any time I thought of Sabrina and all of her struggles. I finally spoke with my husband about this seemingly crazy idea, and he said he would support me.”

After successfully passing rounds of tests to determine if Klinner’s kidney would be a good match for Carter, it was determined she was a viable match. So, she went back to Chatham to tell Carter personally that she was going to donate one of her kidneys, a moment that forever brings tears to Carter.

“I’m pretty sure I blacked out at that point in complete shock,” Carter said. “I know I said ‘thank you’ probably a hundred times. I was in so much shock, I didn’t begin to cry for probably about 10 minutes, and then I had a hard time stopping. I know we had some other conversation, but I genuinely cannot remember most of it because I was in so much shock. Eventually Dawn left to go back to work, and I did too, or at least I tried to, but really I called my parents and started texting all my friends and did not get any work accomplished the rest of the afternoon!” 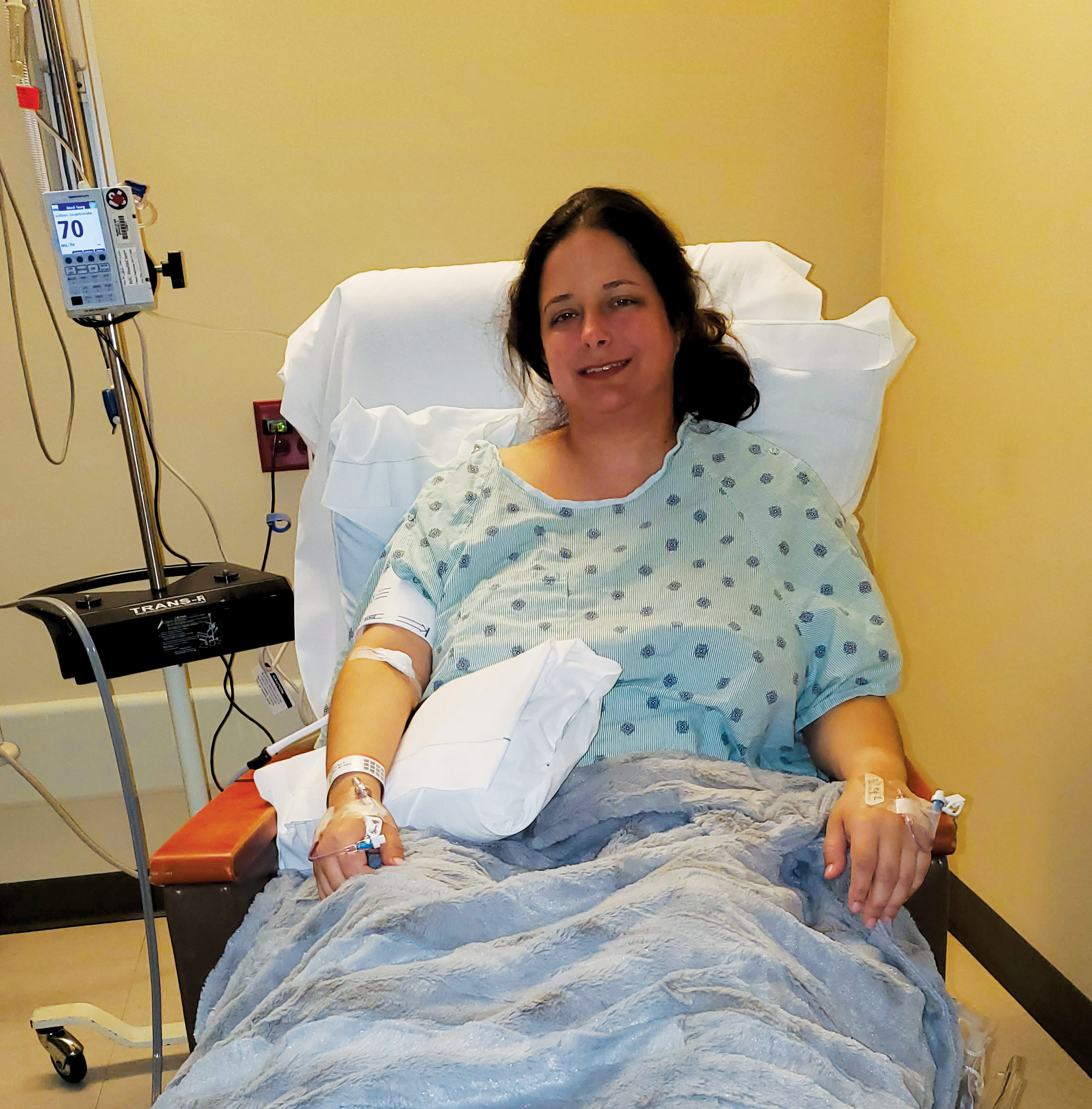 A decision to donate a kidney is not an easy decision. Yoon says the main risk comes with surgery, but also with potential future issues.

“While a single kidney can manage the needs of the whole body, there is also always a concern that the remaining kidney could somehow become injured in the future, which would mean that the donor would then also need to be on dialysis or require a transplant,” Yoon said.

On June 11, 2019, the transplant took place at Memorial Medical Center in Springfield. Thankfully, there were no issues.

“The surgery went really well for me,” Carter said. “I was definitely anxious the week coming up to the surgery and barely slept but the day of in the hospital I was surprisingly calm.”

“I was contacted by many Blessed Sacrament families and staff members, along with former colleagues from Ball-Chatham to share their prayers with me,” Klinner said. “Through family members out of town, I received prayer cards from an entire adoration chapel group, two different sets of pilgrims who would be in Jerusalem on the day of the surgery praying for us, and many others from the Christian community. My pastor at Blessed Sacrament, Father Jeff Grant, performed the sacrament of anointing of the sick for me before the surgery, and a priest or eucharistic minister visited me every day in the hospital. I felt so humbled by the tremendous outpouring of support from my faith community!”

Since the transplant, things have been going well for both Klinner and Carter. The one kidney working in both of them is healthy. Carter says she feels like she has more energy than before.

“I cannot even begin to describe how thankful I am to Dawn,” Carter said. “It is called the gift of life, and that is literally what she has done. Given me back my life. Saved my life. I will always treasure what she did for me, and I don’t know that I will ever be able to fully express what she has done for me.”

“I feel my Catholic faith led me down this path by instilling tremendous value on giving of oneself, loving others, and serving others,” Klinner said. “Prayer is a huge part of my life, and I believe God’s will was shown to me through my prayers. For the first year or so, I just prayed for a suitable donor to be found for Sabrina. As her chances became slimmer, my prayers then changed. I not only prayed for a suitable donor to be found, but that if it was God’s will, let that donor be me. Once I was found to be a match, my prayers changed again to prayers for a successful surgery, and then after the surgery, I began praying for my kidney to be an overachiever. I want my kidney to last much longer than the average transplant lifespan for Sabrina! My faith is always growing and developing, but I feel this experience has deepened my faith more than I could have ever expected.”

“If we listen, God shows us the way,” Klinner said. “This experience of completely giving of myself, so that someone else can benefit without expectation of anything in return, has changed me forever. We all can be positive influences in this world in a variety of ways, and I pray that I may continue to do so every day of my life.”