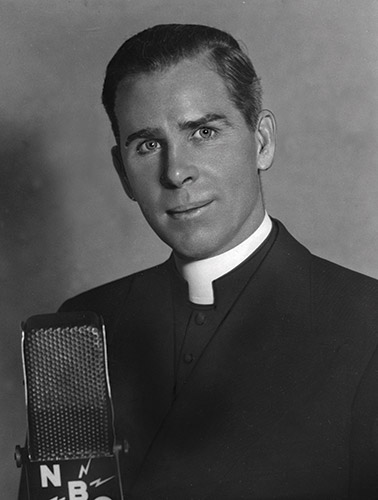 Catholic News Agency (CNA) reported Dec. 4 that the beatification was delayed at the request of Bishop Salvatore Matano of Rochester. He reportedly has concerns that Archbishop Sheen, a former bishop of Rochester, could be named as someone who insufficiently handled allegations of abuse in the final report yet to be released by the state attorney general, who is investigating New York’s bishops and dioceses. Months ago, New York’s attorney general opened an investigation into whether any of the state’s eight dioceses had covered up acts or allegations of clerical sexual abuse. Archbishop Sheen was a bishop of Rochester from 1966-1969.

Several U.S. archbishops were also consulted with the Vatican making the final decision to postpone the beatification.

CNA also reported that Msgr. James Kruse, director of Canonical Affairs in the Diocese of Peoria, said Gerard Guli, a former Rochester priest who had previous allegations of committing abuse against adults in another diocese, is the issue. However, when Archbishop Sheen became Bishop of Rochester, and Guli returned to the Diocese of Rochester, Guli was never assigned to ministry by Archbishop Sheen.

“It’s [Bishop] Hogan who appointed Guli to the parishes in the towns of Campbell and Bradford where Guli offended, and it’s part of the reason that led to his ultimate removal and laicization, as well as other issues,” said Msgr. Kruse.

Meanwhile, the Diocese of Peoria issued a statement that read in part, “The Diocese of Peoria observes that the life of Fulton Sheen has been thoroughly and meticulously investigated. At every stage, it has been demonstrated definitively that he was an exemplary model of Christian conduct and a model of leadership in the Church. At no time has his life of virtue ever been called into question.”

There is no word on when the New York attorney general will issue the report.

The Diocese of Peoria says that they “remain confident that Archbishop Sheen’s virtuous conduct will only be further demonstrated. Bishop Daniel Jenky (Bishop of Peoria) has every confidence that any additional examination will only further prove Fulton Sheen’s worthiness of Beatification and Canonization. The Diocese of Peoria has no doubt that Fulton Sheen, who brought so many souls to Jesus Christ in his lifetime, will be recognized as a model of holiness and virtue.”

Born in El Paso, Ill., in 1895, Archbishop Sheen and his family moved to Peoria so that Fulton and his brothers could attend St. Mary’s Cathedral Grade School and Spalding Institute. After ordination and brief priestly ministry in Peoria, he would go on to become a bishop and archbishop. Archbishop Sheen is widely known for his evangelization through radio and television.