On Dec. 3, Msgr. David Hoefler, vicar general of the Diocese of Springfield in Illinois, was one of the speakers at the 12th annual Nativity dedication ceremony at the Illinois State Capitol. Several dozen people from various Christian churches were on hand in the rotunda to pray and sing together and to celebrate the birth of Jesus Christ. 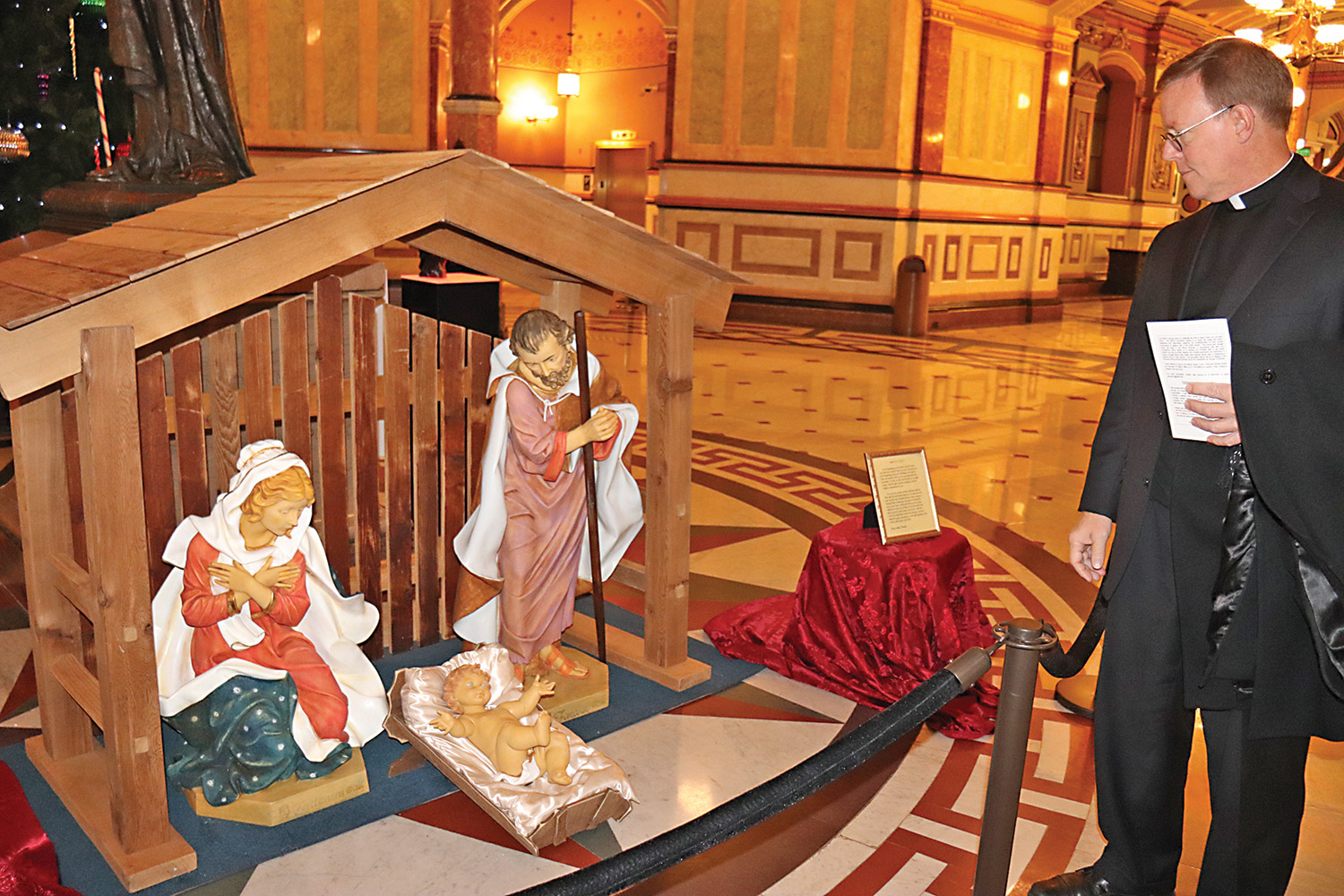 After reading a passage from 1 Luke 26-38, Msgr. Hoefler commented, “When Mary asked, ‘How can this be?’ hers was not a question of challenge. … And when she said, ‘Let it be done to me according to your word,’ — think about what happened at that moment.

“When Mary submitted herself to the will of God, her creator became present in his creation and took on her flesh, our flesh,” he said. “God’s Word was spoken so clearly that it took on flesh and now we can see the face of our God and Savior. God submitted himself to us thru Mary.

“He became one of us so that we could become one with him for all eternity,” he said. “He did not do this in a way that was meant to overpower us in a spirit of competition, but rather in the most humble of ways that was meant to make himself present in the depths of our human lives so that we could become present with him in the life of the Trinity.”

It was in 2008 that Illinois became the first state to display a Nativity scene in their capitol, and now 25 more states have followed that lead. The creche and manger scene will stand in the Illinois Capitol through Christmas — as the First Amendment allows as long as the displays are privately-sponsored and temporary in nature.

The Illinois Capitol Nativity scene is sponsored by the Springfield Nativity Scene Committee (SHSC). It is solely funded by private citizens and through the support of the Thomas More Society, a charitable organization. The Thomas More Society is a national public interest (non-profit, pro-bono) law firm based in Chicago, whose mission is to defend life, marriage and religious liberty, including the right of U.S. citizens to proclaim their religious faith and faith-based values in public squares across our nation.

The dedication ceremony also featured a welcome by Julie Zanoza, the SNSC chairwoman; an invocation by Pastor Bernie Lutchman, president of the Business Men in Christ of Springfield; thoughts from several speakers; a ceremony honoring America’s military; and Christmas carols by Christian’s Trade Gospel Singers of Calvary Church in Springfield.