JERSEY COUNTY — It was the impact of saints and their stories that led David and Kendel Williams to the Catholic faith in 2010 in St. Louis. After moving to Brighton, in Jersey County in 2017, the couple, who has six children, now call Ss. Peter and Paul in Alton their home parish.

“The saints had much to do with our conversions and St. Francis de Sales and St. Gianna in particular became our dear friends during RCIA,” David Williams said. “These relationships spurred on a desire to get to know as many saints as we could.”

Williams began creating spreadsheets and started documenting when and where the saints lived, what they did during their lifetimes, and even noted their patronages. In time, he had thousands of bits of information gathered. One day, his wife told him, “You know, it would be great if you could find a way to use this information to teach our children all of these great facts about the saints.”

From that, SaintCards began. It took the couple eight years to develop the matching card game, mainly because of the intense research for the hundreds of saints included in the game. The base game alone has more than 1,500 facts. In August 2018, SaintCards officially launched and since then the Williams family has released 10 expansions adding hundreds of new saints.

“We want to infuse into the church a love and devotion to these great men and women who have gone before us in the faith,” David Williams said. “They are our true superheroes and their lives inspire us to a deeper relationship with Jesus Christ. Ultimately, we want to invest into the church to help parents fulfill their mission in ‘teaching their children to discover their vocation as children of God’ (CCC 2226). Through learning about these holy men and women, the entire family can grow in holiness, all while having fun together. It’s all for heaven in the end!” 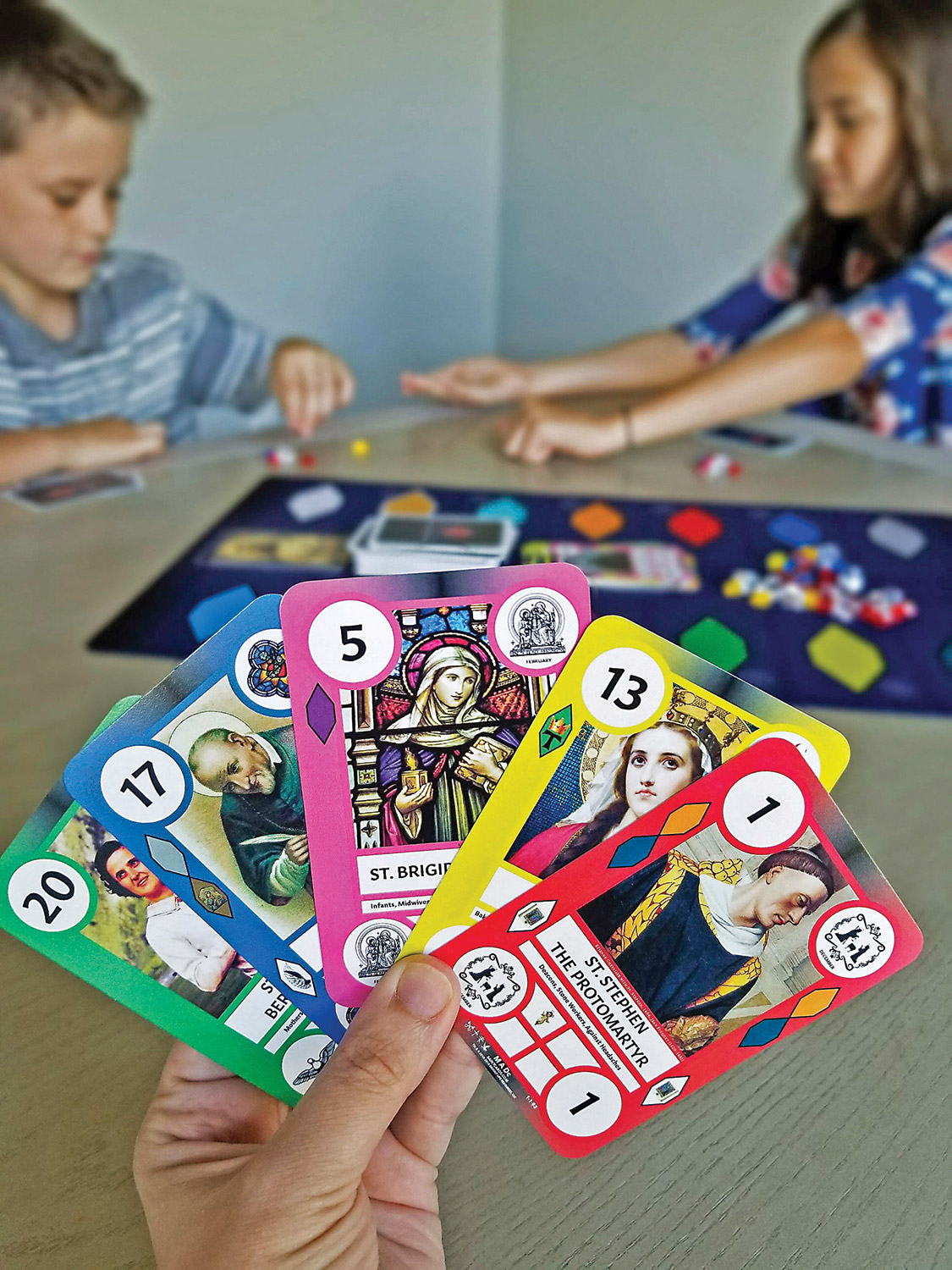 SaintCards is a matching game. The more matches you make, the more treasure pieces you receive. The player with the most treasure at the end of the game gathers all of the treasure from all of the other players and places it at the feet of Jesus. SaintCards is recommended for those who are at least 4 years old and each game typically takes 15-20 minutes to play.

“If you’ve ever played Uno, you know everything you need to know to get started,” he said. “The biggest difference with SaintCards is that every color, number, and symbol has meaning and teaches you facts about the lives of the saints. You’ll find that the more the game is played, the more you learn about the saints.”

Today, the game has 300 saints in the entire collection with new SaintCards released each year. They have over 500,000 SaintCards in print and sets have been shipped all over the world.

“SaintCards are a great supplement for history, social studies, or humanities subjects,” Williams said. “You can work with each card individually on a particular feast day and can additionally divide a classroom to host several games at once. Educators have found that 10-15 minutes a day of interaction with the SaintCards is enough to help students of all ages learn historical facts about the saints.”