EFFINGHAM — Father Mark Tracy, parochial vicar at St. Anthony Parish in Effingham and St. Mary Parish in Shumway, has already been preparing his body and mind before he heads off to complete basic training with the Illinois National Guard June 3 through Sept. 3. Over the past several months, he has been working out and running, even competing against students in a sit-up contest at St. Anthony Grade School during Catholic Schools Week. 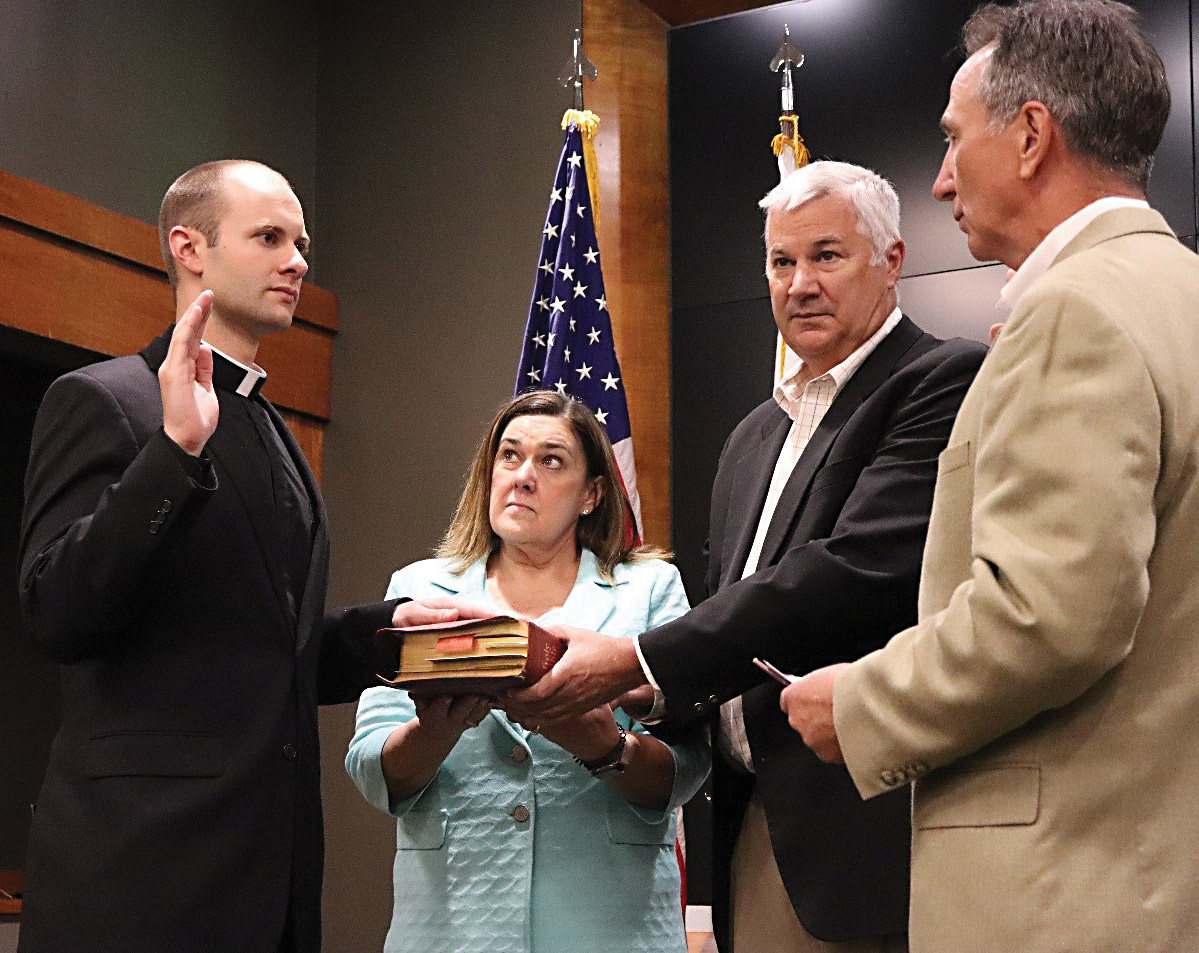 In April 2019, Father Tracy was sworn in as a commissioned officer, the only Catholic chaplain to serve the men and women of the Illinois Army National Guard. Father Tracy says he is looking forward to serving these brave men and women.

“Bringing the Lord Jesus to them — I look forward to introducing them to the person of Christ or sustaining them in their life in Christ,” Father Tracy said.

His 12-week basic training, called the Chaplain Basic Officer Leader Course, includes three phases. The first phase is basic military training with the exception of firearms. The second phase is initial officer school training. The third phase is chaplain school training. When he is finished with this training, his battalion assignment will be in Murphysboro, with the 123rd Engineers. He’ll be with that unit once a month for two to three days and annual training for a couple weeks every summer. In his role as chaplain, he’ll offer the sacraments, counsel troops, provide spiritual guidance, and a few other staff officer functions.

For Father Tracy, the role as chaplain is perfect. His uncle, retired Col. Ted Tracy, administered the commissioned officer oath. He also sees many parallels between being a priest and being a soldier.

“Both are centered on mission,” Father Tracy said. “The priest aligns his life around bringing Christ Jesus to others whether that be by preaching the Word, administering sacraments, or ordering ministries. A soldier aligns his or her life around serving the mission, to serve their country through carrying out the orders and mission of their commander. I also see a parallel in that both serve something bigger than themselves. The priest serves God and the soldier serves their country. I would also say both require a lot of commitment, sacrifice and discipline. Priesthood and soldier life are not done for yourself but are done for the sake of others.”

Father Tracy says the initial commitment for the Illinois National Guard will be somewhere around a six-year commitment. From there, he will work with Bishop Thomas John Paprocki to see if the bishop would like for him to continue in this role.