Staying, studying at home unprecedented end of high school for Class of 2020

When members of the Class of 2020 began the school year last August, they never could have foreseen how their high school days would end. However, with the resilience of youth, the devotion of their teachers and principals, and a lot of faith, they made it through the tough time that was COVID-19, spending the last quarter of high school, not sitting in a classroom, but learning from home. 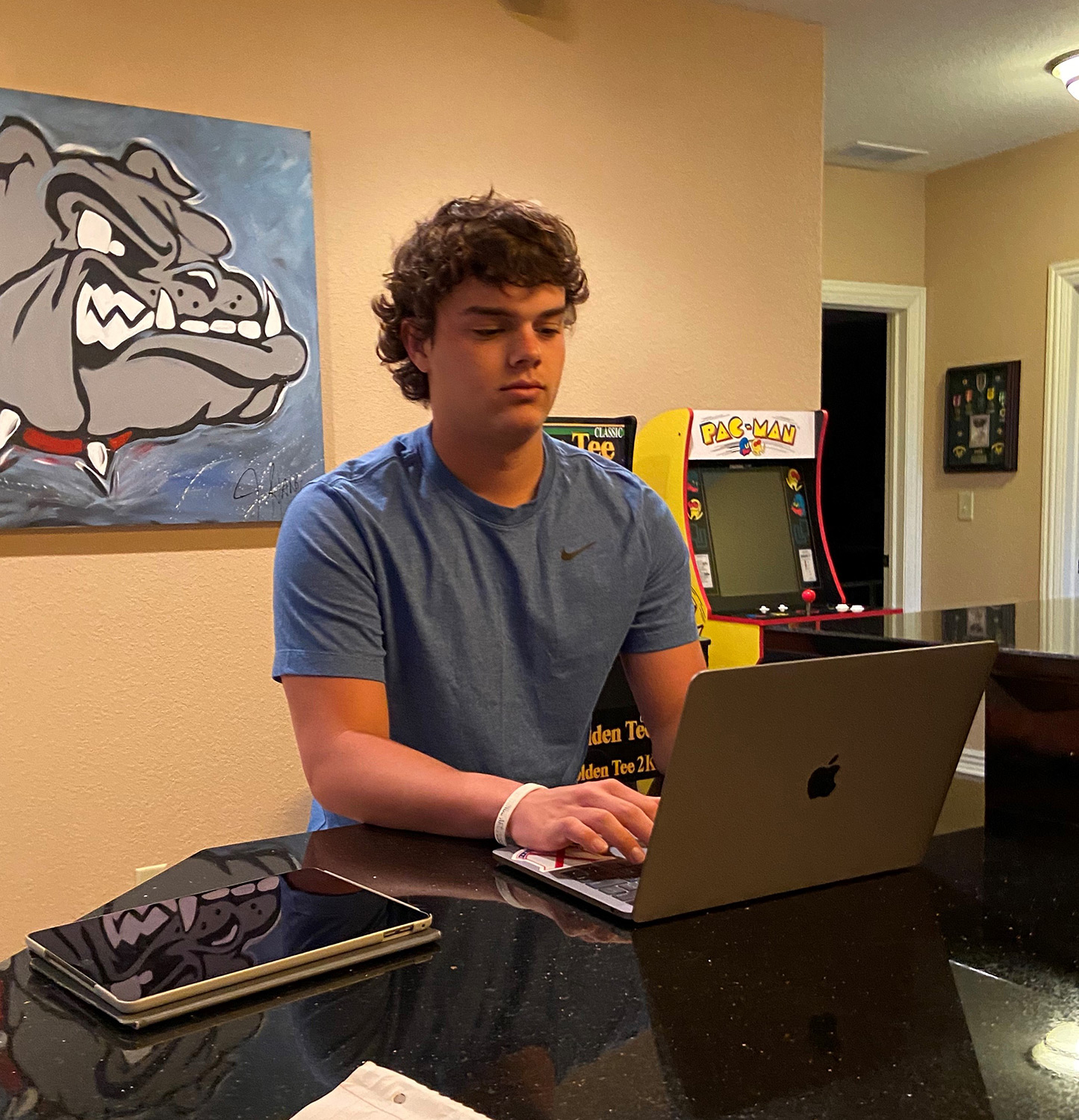 For the most part, teachers had only a few days to get ready to teach online. It could not have been easy, but Alaina Cribbett of Marquette Catholic High School in Alton, says she felt teachers were up for the challenge. “Most of the teachers had something set up beforehand, so we pretty much immediately went right into it,” she said. “For classes we did almost all Google Classroom, but the meetings were on Zoom.”

Davis Tingley of St. Anthony High School in Effingham said he thought the change was rather demanding. “It was certainly difficult, especially with the onset of ‘senioritis.’ The technology wasn’t much of a problem, but it was somewhat challenging to self-motivate,” he said. “My relationships with teachers didn’t necessarily become better or worse, but they did change. It was difficult getting things accomplished at times, and although I did not enjoy the workload, I appreciate the efforts of our teachers during this period away from school.”

Porter Maggiore of Sacred Heart-Griffin High School in Springfield agrees that adapting to online learning took some time. “The transition to online learning turned out to be more challenging than any of us initially expected,” he said. “However, my teachers took this into consideration and adjusted the course material accordingly. Generally, assignments were given at the beginning of each week. That way students could fit the work into their schedules. Additionally, all of my teachers extended their office hours so that they were always available to help out on an assignment if there were any questions.”

“It was not really an issue to adjust to online learning,” said Michael Sager of St. Anthony High School. “The issue was that the teachers had to completely change the way they did their classes and it resulted in some aspects being slightly more difficult, but there’s really no way around that.”

“I honestly felt bad for some of the teachers,” admitted Avery Rogers, who also attended St. Anthony. “Teaching online is so different and I think it would be very challenging, but they all stayed very calm and acted like it wasn’t that bad. They are really wonderful people and I actually really started to miss seeing them every day.”

Rogers said that in some ways, the quarantine also made her feel closer to her classmates. “I call my close friends and I started to talk — text — to more students in my class once the quarantine started.”

Her classmate, Sager, said, “Ironically enough, we had Zoom calls semi-often, just to keep from going completely crazy from boredom.” As the weather got better, some of the students met in small groups, still practicing social distancing.

For many seniors, having no real final spring sports season was tough. “Missing out on my senior spring baseball season has been incredibly difficult,” said Tingley. “Baseball has been a passion of mine my entire life and having no real closure is tough for me. I don’t even remember my last at-bat.” Rogers said she regrets not being able to participate in her senior track season.

Even without the ability to play sports — and the unrelenting wet, chilly weather that made staying at home even more challenging — some of the students made a point to stay active. For Cribbett, that meant getting outdoors with her mother, Christina Cribbett. “I have a very active mother,” she says. “We are always outside doing something.”

Throughout the coronavirus stay-at-home order, several of the seniors said they relied on their faith to get them through the rough times. “I have taken lots of time to pray for those affected, not only those infected by the virus, also those who have lost their livelihoods because of restrictions,” said Tingley.

“I did pray a lot for all those who were sick and those affected by the quarantine,” Rogers said.

“I certainly prayed on my own,” said Sager. “In times of need of guidance and need for structure, God is the greatest source to turn to.”

Tingley said he regrets not having a senior retreat. “Missing out on our senior retreat was sad for many of my classmates and me. It was something that most of us truly looked forward to.”

But it was missing those final high school moments that Tingley says put a real damper on his senior year. “Lastly, there is something very simple but pulls a lot of weight,” he concluded. “I really wish my classmates and I would have had the opportunity to physically walk the halls and walk out the front door of SAHS on our last day, knowing it would be the last time.”