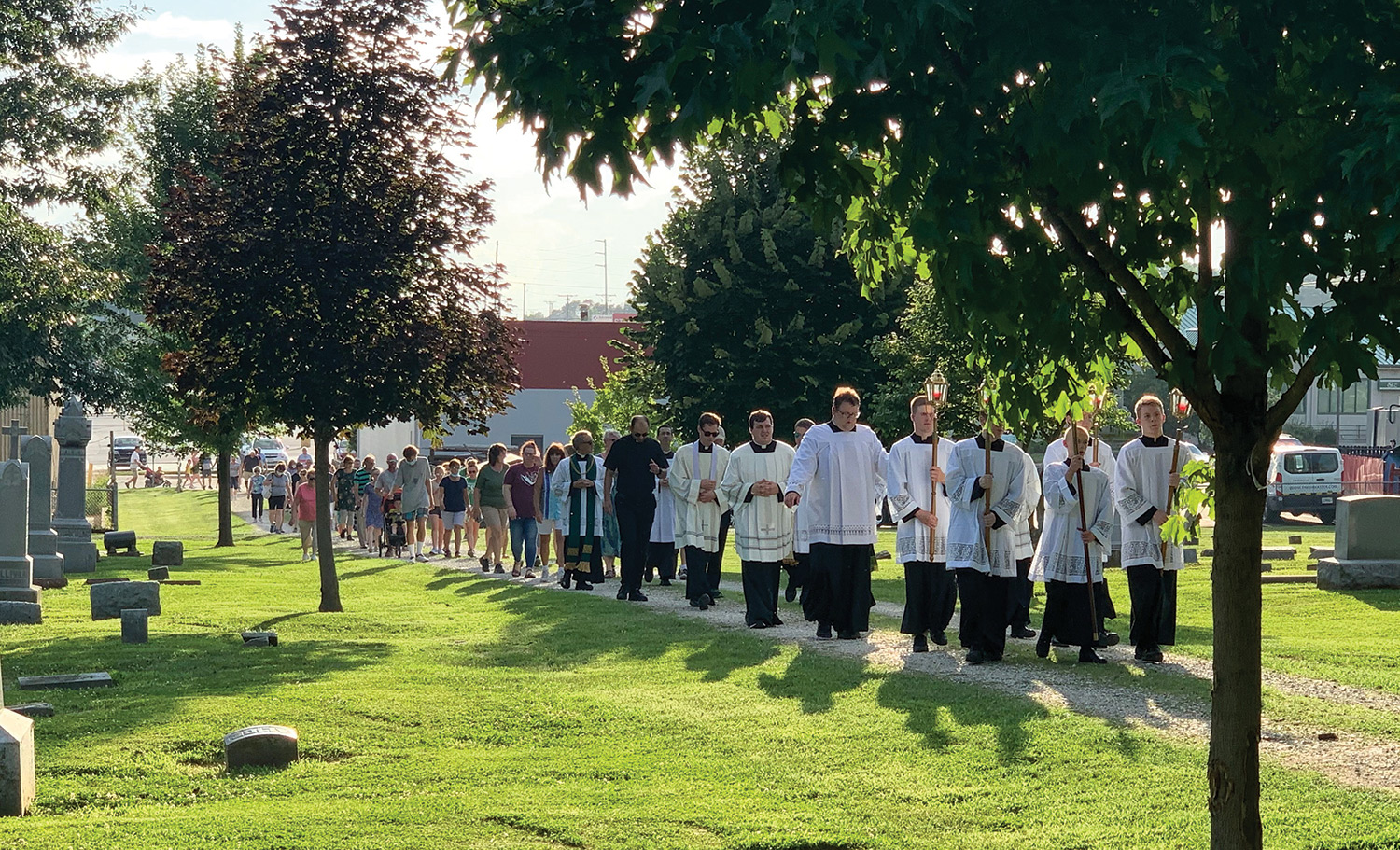 QUINCY — Despite temperatures in the 90s, about 150 Catholics from the Quincy area and other places devoted to the Venerable Servant of God Father Augustine Tolton, commemorated the 123rd anniversary of his death with a pilgrimage procession on July 9 in Quincy. Father Tolton, a Quincy native, is recognized as the first black priest in the United States and his cause for the beatification and canonization of sainthood is under way in Rome.

The mile-long pilgrimage procession began at the statue of Father Tolton outside St. Peter School, finishing at St. Peter Catholic Cemetery where Father Tolton is buried. Evening Prayer was celebrated at the cemetery. This included Psalms, a reading from Scripture, a homily, and petitions. Father Peter Chineke, parochial vicar at the Cathedral of the Immaculate Conception in Springfield, preached.

“Venerable Augustine Tolton lived in a time where it was a crime to be black,” Father Chineke said. “He lived in a time where being black is something no one would wish for. Although freed from human slavery, people like him lived in oppression, persecution, systemic and institutionalized racisms, abject poverty, and discrimination. It was a crime to be black, so much a crime that a young black man could not be accepted in any seminary throughout the country. Not even one. But you know what? Father Tolton looked beyond the temporal realities of this world. He knew where his hope lies. He was obedient to the truth. The loyalty of Father Tolton to the Gospel teachings of Jesus Christ, just like the other saints in heaven today, is what Christ is calling you and me to emulate today.” 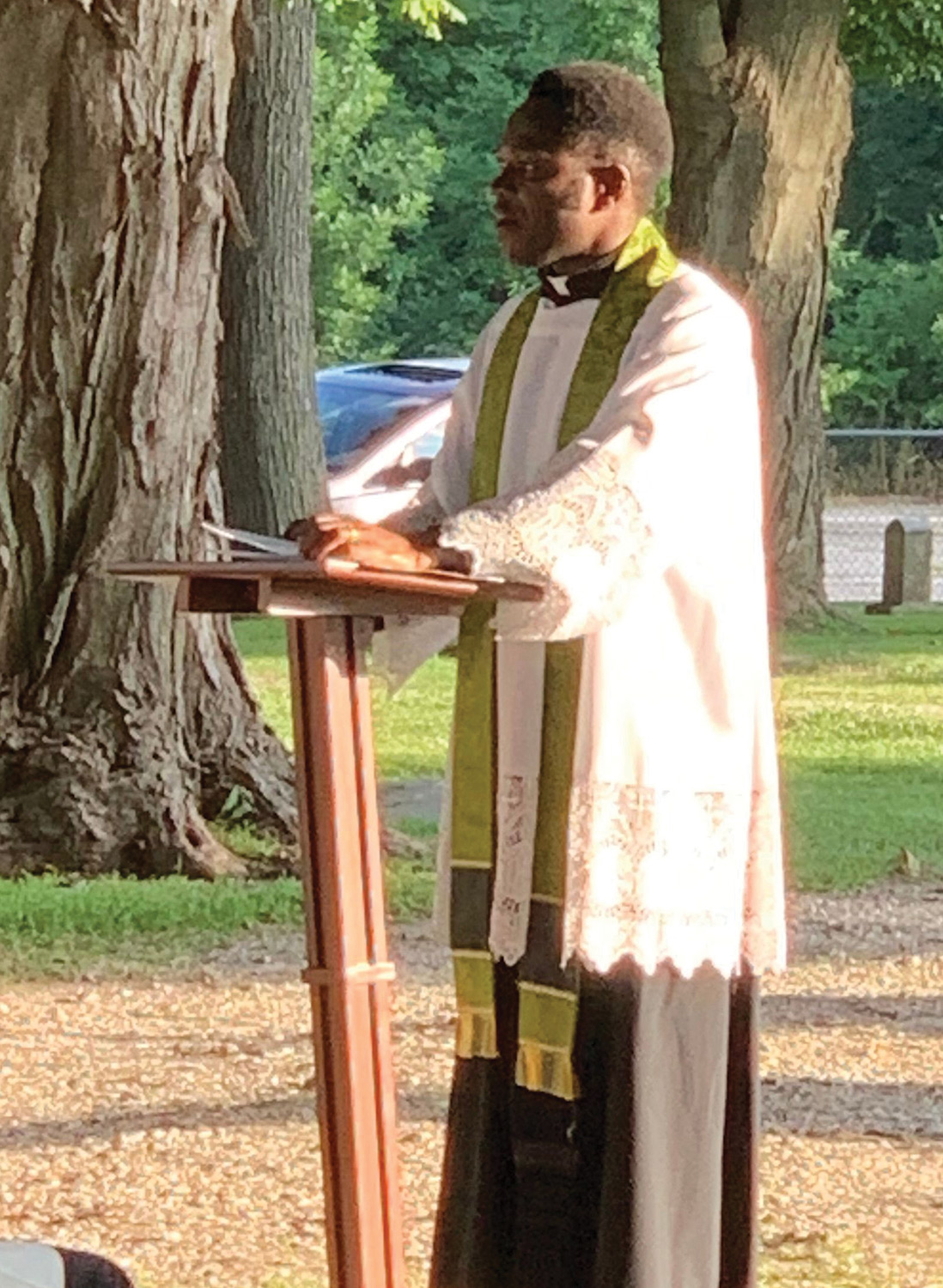 After Evening Prayer, the pilgrims prayed for an end to racism and for more priests through Father Tolton’s intercession, as well as for Father Tolton’s canonization as a saint. The pilgrimage procession concluded with the singing of Holy God, We Praise Thy Name, Father Tolton’s favorite hymn.

Father Tolton was born into slavery in 1854. In 1862, his mother and siblings made a daring escape across the Mississippi River to Illinois. After settling in Quincy, he went to school at St. Peter’s Catholic School. Tolton later went to seminary school in Rome because no American seminary would accept a black man. Thinking he would minister in Africa, once he was ordained, he was instead sent back to Quincy, where he arrived to thousands of supporters. Known for his incredible singing and homilies, Father Tolton spent several years in Quincy before transferring to Chicago. He died of heatstroke at the age of 43 on July 9, 1897. Most recently, Pope Francis declared him “Venerable” on June 12, 2019, the second step of four to becoming a saint in the Catholic Church.