In 1991, Stephen Dyer was a 33-year-old U.S. Army JAG officer stationed in Hawaii doing medical malpractice defense for the Army hospital there, when he started experiencing chest pains that would not subside.

He called the chief of Cardiology, a friend, whose first question was about his family history for heart disease. Dyer, adopted at birth through Catholic Charities in the Diocese of Springfield in Illinois, responded, “I don’t know a single person on the planet genetically related to me.” 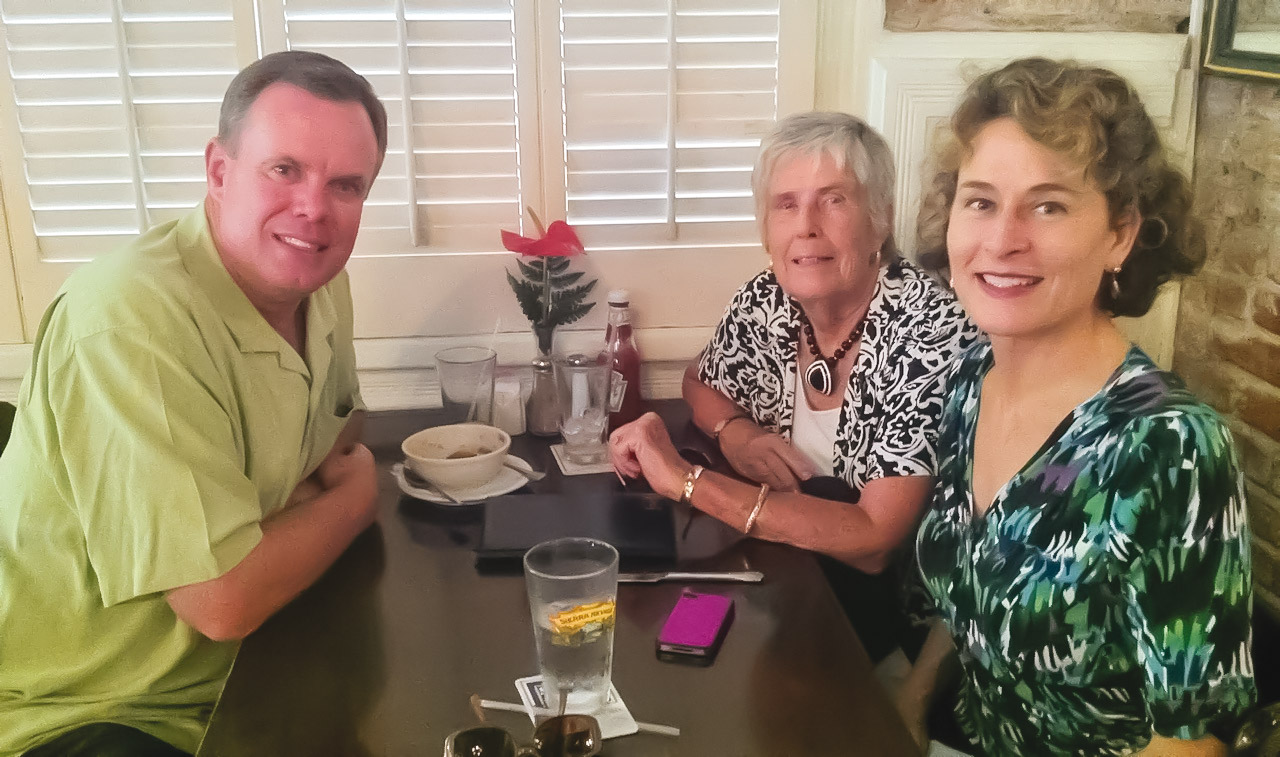 The cardiologist encouraged him to track down his biological side, at least for medical purposes. Dyer did so, and what he found changed his life, uniting him with family he had never met, including an aunt and cousin living nearby in Hawaii.

Dyer was born on Jan. 29, 1958 at St. John’s Hospital in Springfield. He was adopted at birth by Glenn and Catherine Dyer through the help of Catholic Charities employee Mary Alyce Beardslee. However, to fully understand Dyer’s story, one must go back to years before his birth during World War II.

Glenn, Dyer’s adopted father, served in World War II as an infantry company commander, receiving three Purple Hearts. After the war, Glenn took a job with the Illinois Central Railroad in Chicago. He met Catherine Grogan and they married in 1948. After five years of trying to conceive, they went to the doctor and Glenn learned one of his shrapnel injuries would prevent him from ever having biological children.

They made the decision to adopt, and in 1953 received twin girls from Chicago Catholic Charities. After a job transfer to Mattoon, in 1957, when they were ready to adopt again, they did so through Catholic Charities of Springfield with the help of volunteer Beardslee, who excelled in matching adoptive parents to birth parents.

Stephen Dyer’s birth mother only had one request: Find adoptive parents to raise him Catholic.

Six years later, Glenn’s work transferred the family again, this time to Joliet, where they adopted another boy through Joliet Catholic Charities.

With some nudging from his father, he applied for and received a Reserve Officers’ Training Corps (ROTC) scholarship, which he used at the University of Notre Dame. After school, the scholarship required he serve four years in the U.S. Army.

In 1991, Dyer contacted Catholic Charities, and per Illinois law, Catholic Charities sent non-identifying information on his parents and told him they would try to contact his birth parents. Five years passed, and Dyer heard nothing.

In 1996, 38 years after his adoption, Dyer reached back out to Catholic Charities. This time, he was told that Beardslee, now 87 years old, had been his adoption broker and that they would reach out to her and see if she could help. The next day, Beardslee called Dyer back. She explained to Dyer that she personally knew his birth mother and was friends with his grandmother.

“Mary Alyce returned to my life 38 years after my birth as the go-between connecting me to genetic relatives, for which I am very grateful,” Dyer said. “I am convinced her involvement was divinely or guardian angel-driven. What are the odds 38 years later I would get the same volunteer who actually brokered my adoption, remembered me, my birth mother, and birth grandmother!”

Beardslee confirmed what his adoptive parents had always told him: that his birth mother had asked her to adopt him to parents that would raise him Catholic.

“Mission accomplished,” said Dyer. “Sixteen years of Catholic education, altar boy, and now defending the Honolulu Diocese for 26 years. I further discovered from my aunts that the ‘adopt him to Catholic parents’ directive was more likely from my maternal grandmother who attended the same Catholic church as Mary Alyce in St. Louis.”

Beardslee had the phone number for Dyer’s aunt, who confirmed that Stephen’s mother had died in 1977. However, they had a third sister, who lived minutes from Stephen in Honolulu.

Within the hour, Dyer’s aunt was in his office in Honolulu with picture albums in tow. They clicked instantly and knew by just looking at each other they were related. They looked at old photos of his mother and cried. They started meeting for Mass every week and grew closer.

To add to the joy of finding his biological family, Dyer found out that he had already met one of his first cousins, without knowing it. She ran a gift shop in the lobby of a downtown Honolulu office building, and he regularly patronized it. Stephen laughed recalling how she knew his tastes, and her commenting to him once that “we have the same eyes.”

After meeting family, Dyer continued to learn that things that may have seemed like coincidence may have been more divine providence, and/or careful planning and matching by Beardslee.

Both Dyer’s genetic and adoptive patents were of the same ethnic mix, education level and professions.

Dyer met his biological father and learned that the father’s genealogy, going back to 1254 in England, was mostly lawyers, military officers and linguists, so no surprise considering Stephen’s career. Dyer learned his genetic father named him after his father, and the similarities between Stephen’s namesake (his biological grandfather) and his adoptive father, at the time of the adoption, are striking. Both had been raised in the Midwest, were college grads, had served as infantry company commanders, were wounded and received Purple Hearts, were cited for valor, both married women named Catherine, both had four children, both resided in Illinois, both had long careers in investments, and both worked for the Illinois Central Railroad.

Dyer recently contacted Catholic Charities to share his gratitude for Beardslee, who helped handpick his adopted family and reunited him with his biological family 38 years later. “Mary Alyce literally was a guardian angel for me, who determined to whom I was adopted and raised,” Dyer said. “What a responsibility! She must have prayed for guidance in exercising the power to make such choices. She was near to playing God, and I have to think she asked for, and received, divine guidance. She chose my adoptive parents well. I could not have been blessed with finer parents than the two she chose to adopt me.”

Laura Wolfe is development director for Catholic Charities, Diocese of Springfield in Illinois.