In my journey of faith, the concepts of vocation and mission are forever entwined. Growing up in a very Catholic family, going to Catholic grade school and high school, and being very active in my home parish, I had naturally thought of being a priest over the years. But I never seemed ready. In grade school at Holy Family School in Decatur my best friend, Randy, and I had planned to be missionaries together. Then I discovered girls. 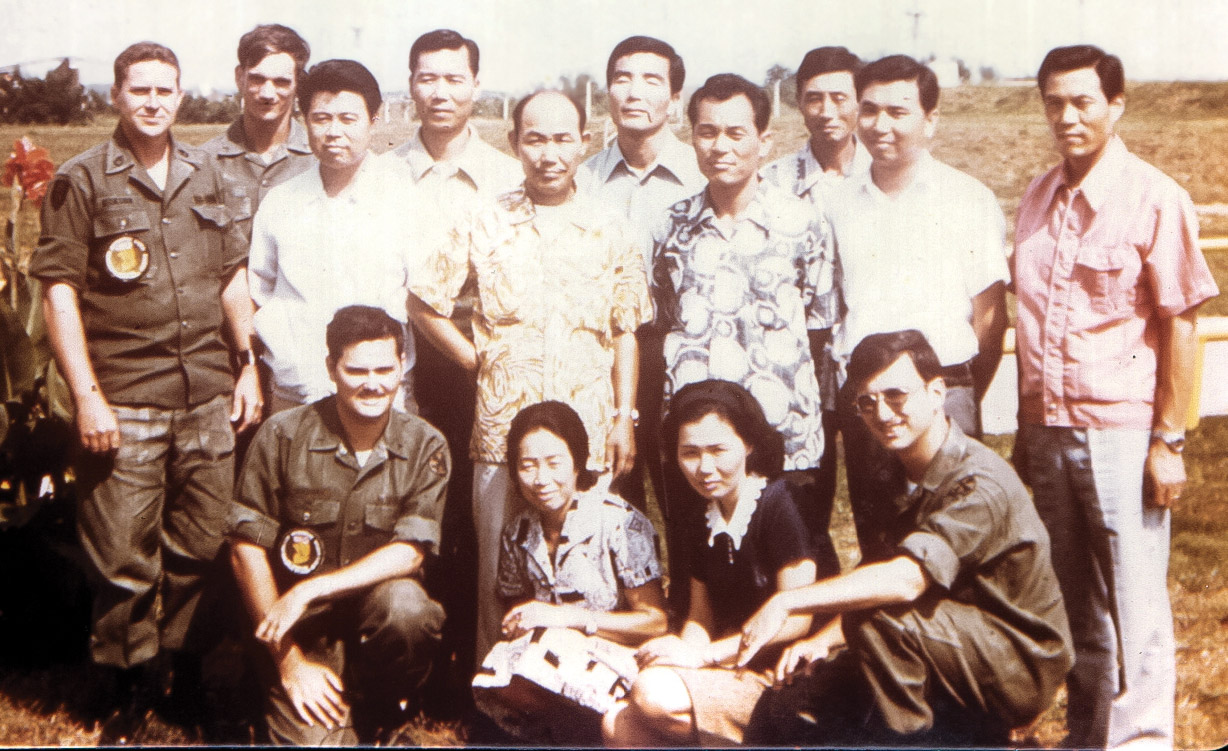 In 1972 I graduated with a mathematic degree from Millikin University. I was on my way to graduate school at the University of Illinois when all my hopes and dreams were dashed. I was drafted into the United States Army! It was during the Vietnam War. After training, in the spring of 1973, I was sent to Korea as new troops were no longer being sent to Vietnam as a slow withdrawal had begun.

I found myself at Camp Humphreys in Pyeongtaek Tec where I worked as a technician in a petroleum laboratory. (Thank you, Mother Clotilde, for the amazing chemistry class at St. Teresa High School in Decatur.) Being on my own for the first time in my life I went looking for a place to go to Mass. The base with 10,000 soldiers was like a small city and I quickly located the chapel. I became a regular there, singing in the choir, helping organize retreats, spending weekends at a nearby orphanage, and becoming best friends with the chaplains’ assistant, Neil. I had minored in language so I was frustrated that I couldn’t communicate with the Koreans. So, I learned to read, write, and speak Korean with the help of Mr. Kim who directed the lab.

When the Army found out about my language skills, they had a new job for me. I was sent to Inchon to live on my own and oversee a government contract with a Korean oil company, Kyung In Energy. Besides saying goodbye to my friends, the hardest part was leaving the chapel where my faith was growing. Once in Inchon I went out for a walk after dinner looking for a church. “OK, God, you brought me here. Now you have got to help me.” A short walk from my office at the refinery I found a sign that said St. Joseph Catholic Church.

As I climbed the hill to the church the sun was setting, and I saw a priest in a cassock walking in the courtyard praying his breviary. I knew enough Korean to order from a menu, barter in the market, and tell the cab driver where I wanted to go, but I didn’t have the language skills to tell someone what was in my heart. So once again I asked God’s help. As I approached the priest, I greeted him in my best and most formal Korean with a profound bow. He turned and responded in English! Father Roy Petipren was a Maryknoll Missionary priest, ordained in 1924 and working in the orient for half a century. He took me into the rectory to meet Father Pat Patterson, the pastor and another Maryknoller. God answers prayers in amazing ways!

Father Patterson and I became best friends. I began to come to daily Masses during the week, Sunday Mass followed by lunch every week, and frequent visits and dinners. I got to know the Maryknoll missionaries in the area and the bishop, Bishop William McNaugton. I was even invited to the bishop’s residence for Father Petipren’s 50th priesthood Jubilee. I was impressed by the holiness and dedication of these hard-working missionaries. Their comradery drew me in. While at dinner late in the spring of 1974 with Father Pat and Brother Justin, the bishop’s secretary, I finally gave in to the desire burning in my heart. I admitted to them that I wanted to be a priest. They warmly welcomed me. I felt such joy and relief.

By September I was enrolled in the Diocesan Seminary of the Immaculate Conception in Springfield. Later I asked Father Patterson why he hadn’t tried to get me to join the Maryknolls. He told me, “God sent you to the missions to open your eyes and heart, but he asked me to send you home to be a priest with a missionary spirit.” I was ordained June 2, 1979. I pray for missionaries every day.