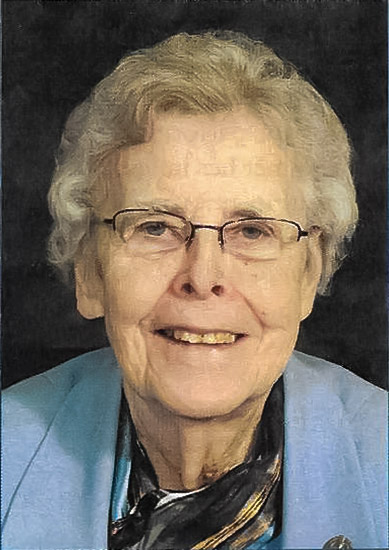 Born in Pana, she met the School Sisters of Notre Dame in high school and following graduation, she entered the candidature at Sancta Maria in Ripa in St. Louis in 1944. She was received into the novitiate in 1946 and given the name Mary Carol Therese. She pronounced her first vows in 1947 and final vows in 1953. She returned to her baptismal name in 1970.

Sister Charlotte ministered in elementary education for 37 years as teacher, musician, and principal. She taught in Louisiana, Iowa, Mississippi, Missouri, and Illinois. In the Diocese of Springfield in Illinois she served at Sacred Heart in Effingham. Most of the years were spent teaching music and instructing students how to play various band instruments.

She also served at the School Sisters of Notre Dame’s Villa Gesu retirement home. From 1985 to 1998, she shared her outstanding culinary and baking skills at the Oblate Novitiate in Godfrey. She returned to serving the community on staff at Sancta Maria in Ripa in St. Louis for four years. In 2003, she moved to Veronica House in Bridgeton, and then moved to Anna House in 2013.

Sister Charlotte was devoted to her family and also cared for her mother in her time of need. Her smile won the hearts of those who met her in various ministries.

Sister Charlotte was preceded in death by her parents and her sister, Doris Willenborg. She is survived by nieces and nephews, their spouses, and their children.

A burial service was held on June 19 with burial in the Sancta Maria in Ripa Cemetery. A memorial Mass will be celebrated at a later date.