QUINCY — John Hogan, a veteran of the United States Navy, is a true gentleman of the “Greatest Generation.” He is a man of few words, but of great faith, and has handed down a clear legacy of faith, family, generosity, and hard work to all those who know him. Almost always wearing his Navy hat, Hogan was proud to serve our country during World War II and resides at the Illinois Veterans Home in Quincy alongside hundreds of others who have served in the Armed Forces. He is a life-long Catholic. 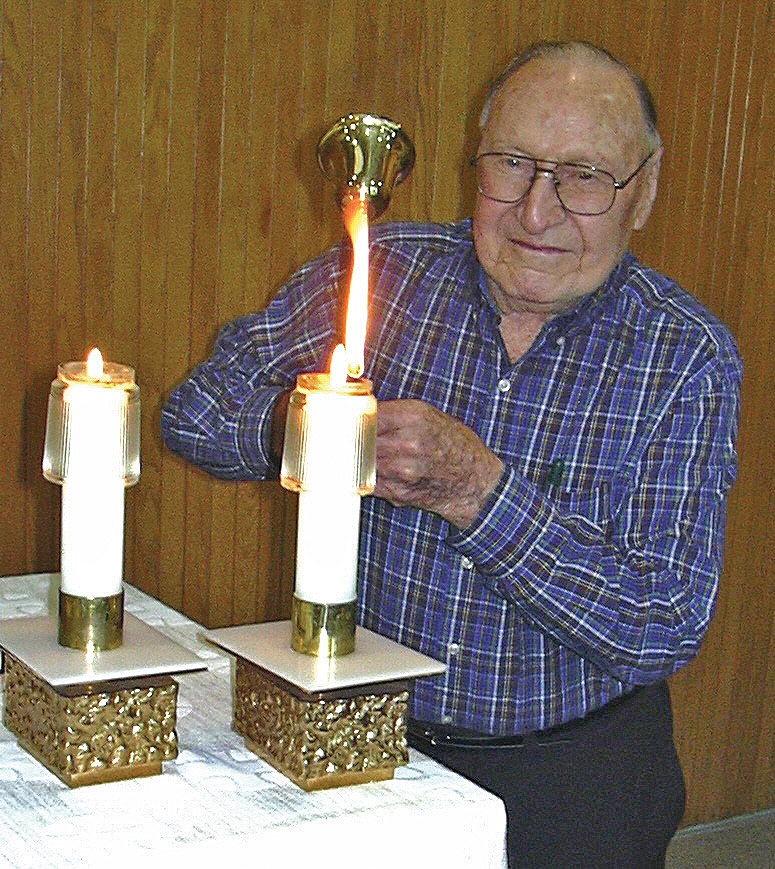 John Joseph Hogan received the gift of new life in Christ at his baptism on Jan. 15, 1922, in a small country parish just south and east of Decatur. His 99th birthday is just around the corner in December. These days he is not long on words, but his family and friends, several of whom helped contribute to this article, beautifully illustrate the ways God has chosen to use John as his instrument for nearly a century.

Hogan is the sixth of eleven children born to Charles and Ella (Tomlinson) Hogan. The Hogan children were born between 1911 and 1934 and were raised near Dalton City, where many of the children were baptized at Sacred Heart Parish (when that parish was suppressed in May of 1996, its territory was merged with St. Isidore in Bethany). Of the 11 children, the first, Josephine, and last, Rose Mary, were girls.

“We had a big family, mostly boys,” he recalled.

In the 23 years between having two daughters, Charles and Ella had nine sons. Ray, Bob, Ed, Wayne, Don, Vic,and Paul are Hogan’s brothers who have died. He has one younger brother who is still living, Daniel. Several of Hogan’s brothers served in the military during or between WWII and Korea. Their service spanned several military branches, including the Navy, Army, and Air Force — though John wants to claim they were all in the Navy! The Hogan family roots at Sacred Heart Parish in Dalton City, a simple country church though it was, gave John and his siblings the spiritual roots they would need to serve our country and to one day serve their own families and neighbors.

Father Peter D. Curran, an Irishman, baptized John Hogan, and most of his siblings. Having become the pastor at Sacred Heart in 1914, Father Curran lived at a time where electricity and running water were not yet in the rectory at Dalton City. Such were the conditions for many of the faithful in rural Moultrie and Macon counties in the early 20th century. There were only about 30 families in the young parish which had been founded in 1891 by Bishop James Ryan of Alton.

Farming was the way of life for most families living south of Decatur in those days. Much of the labor in the fields at that time was quite literally “manual” — by hand. The Hogans had various livestock and raised and canned most of their own food. With the help of many extra hands to do chores, Hogan’s family was able to make it through the Great Depression. Hogan attended a one room country schoolhouse and then attended Mt. Zion High School for four years, graduating in 1939.

After growing up on the farm in Dalton City, and attending school in Mt. Zion, Hogan tells how he served stateside in the Navy “for the duration” of three years in the service during World War II. He was honorably discharged in 1945 with the rank of Aviation Machinist’s Mate, 2nd Class. His time as a mechanic saw him serve in Missouri, Kansas, and Florida. “I was in the U.S. working on base,” he recalled, adding that there could be some long days working on engines and the like. During those years, he was able to meet many priest-chaplains and go to Mass with many other young men with whom he served.

“There’s a lot of stories, but it’s hard to recall them all,” Hogan said. When asked about the friendships he made in the Navy, he said, “I had a lot of good friends. Many of them were from other states besides Illinois.”

While serving in Kansas, he married Jeane Nein in July of 1944. Jeane had also grown up in the Mt. Zion area. After about another year and a stop in Jacksonville, Fla., Hogan was discharged from the service, and came back to central Illinois. Hogan and many of his brothers would follow in their father’s footsteps and began farming full-time. He said those mechanic skills he learned in the Navy definitely came in handy on the farm through the years.

After the end of the war, Hogan farmed at home with his father, but soon left home for some farm ground of his own. His father helped him get some acreage on which to live and farm. Leaving behind his childhood parish of Sacred Heart in Dalton City, the Hogans became parishioners at St. John the Baptist in Arcola, where he helped dig out a new basement under the previously constructed brick church. That building still stands to this day.

During his time in Douglas County, his wife died from polio at the all-too-young age of 27. She was laid to rest in Arcola, as is Hogan’s second wife, Madonna, to whom he was married for 50 years. John and Jeane were married just seven years, and her passing left behind two young children, Mike and Sandy. Hogan’s family shared that it was the help of neighbors and friends and family who helped John and his two young children navigate this incredible tragedy. His strong faith saw him through this great loss.

John and his second wife, Madonna, were married in 1955 and had three children, Mark, Tina, and Andy (deceased). Madonna was a registered nurse and soon acclimated to being a farmwife as well. After several years, the Hogan family would leave the Arcola area for Paris after getting considerably more land to farm in Edgar County. He and Madonna would spend most of their lives as members of St. Mary Parish in Paris, with their family’s farm just west of there.

“As a farmer, we sure did rely on prayer, for rain, for good weather,” Hogan recollected.

It was in Paris that he and his family became good friends of the parents of Father Joe Ring, one of several native sons of St. Mary Parish to become priests for this diocese. (Father Ring is now pastor at Our Saviour Parish in Jacksonville.) Father Ring, who recently lost his own mother, says Hogan is a “faithful, devoted Catholic, a fine gentleman, and a successful farmer.” He “loved to play cards with my dad and they had great fraternity. John is the last in the generation of my mom and dad’s circle of friends.” 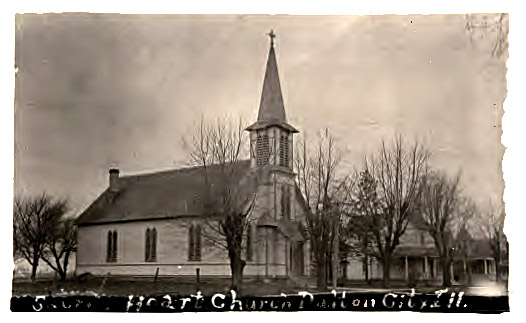 The Hogan and Ring families spent quite a bit of time together, first because of St. Mary Parish, but also in places like Lake Mattoon where Hogan would drive his boat and the kids would water ski.

During his days in Edgar County, Hogan lived his faith by faithfully attending Mass, participating in retreats, helping with the church picnic, and by being an active member of the Knights of Columbus. Hogan became a 3rd Degree Knight in 1956 and a 4th Degree member in 1976. For years, he helped with delivering food and gifts to local families in need and helped weekly with bingo. He was active in the Knights for almost 55 years until he moved to Quincy.

Hogan has been a resident of the Illinois Veterans Home at Quincy for just over 10 years and has been a mainstay at St. Lawrence Chapel on the Home’s 200-acre campus, attending Sunday and daily Mass for a great majority of his time here. A few years ago, Father Don Blickhan, then the chaplain of the Veterans Home, submitted a photo to this publication of Hogan lighting the altar candles for Mass in the chapel. The caption billed John as the “oldest altar server in the diocese.”

In recalling Hogan’s faithful service at Mass, Father Blickhan said, “Rain or shine, hot or cold, John came to Mass. One of the reasons for him getting a power chair was so that he could make it to Mass. John deeply loves his Catholic faith.”

At Mass, Hogan says he enjoys listening to the Scriptures and homilies and above all receiving the Eucharist. Hogan’s life has been marked by praying the rosary and receiving holy Communion daily when possible. One of the strongest selling points of choosing the Illinois Veterans Home at Quincy as his place of retirement was all the opportunities to attend Mass. Now during the pandemic, it is my honor as the chaplain to bring the sacraments to him. His love for the Lord in the Blessed Sacrament, even without access to daily Mass, has not changed.

Every time I bring the Eucharist to his building and I tell him, “I brought you holy Communion,” he unfailingly responds, “That’s wonderful!” The present pandemic has not kept Hogan’s family from checking in on him, albeit not in the usual way family visits have taken place in the past. It was very moving to see a great line of cars this summer drive through the Veterans Home campus for a “parade” to say hello and display large poster-board signs for all those who reside in Hogan’s building. 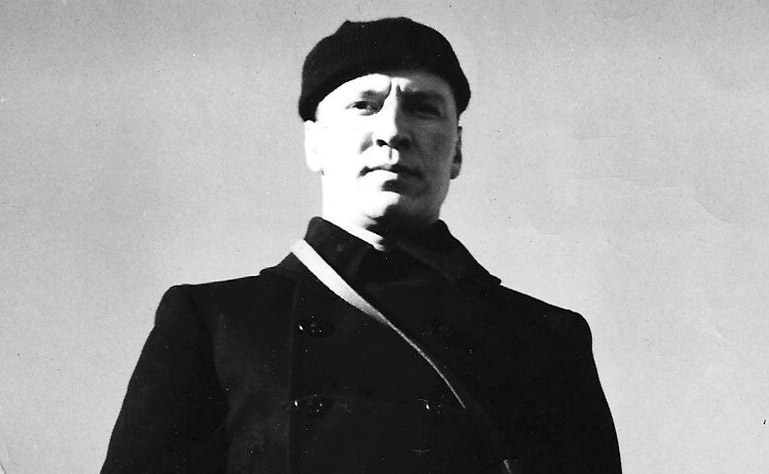 Hogan is a well-loved resident at the Veterans Home, especially by many of the nurses who have cared for him in the two buildings he has resided in. These days, he is known for not getting put to bed until he gets a little ice cream. At only a few weeks away from turning 99, it seems more than all right that he gets a perk or two. He is the first to acknowledge that he and his fellow residents are well taken care of.

When asked to impart some words of wisdom, especially spiritual advice that has helped him through all these years, Hogan simply says the main thing is to “be thankful.” In a life of both blessings and losses, he says we are best suited “just by praying and thanking the good Lord for what we’ve got. That’s the way to get through!”

John Hogan is a peaceful soul and recognizes that life is “all about heaven.” Still showing his strong faith, when asked if he would do it all over again, he gave a resounding, “Oh, yes!” Most importantly, when I asked him to pray for all of us, he said with a smile, “I sure will!”

Father Zach Edgar was ordained to the priesthood in 2012 and is the 13th priest-chaplain to serve at the Illinois Veterans Home in Quincy since 1890.