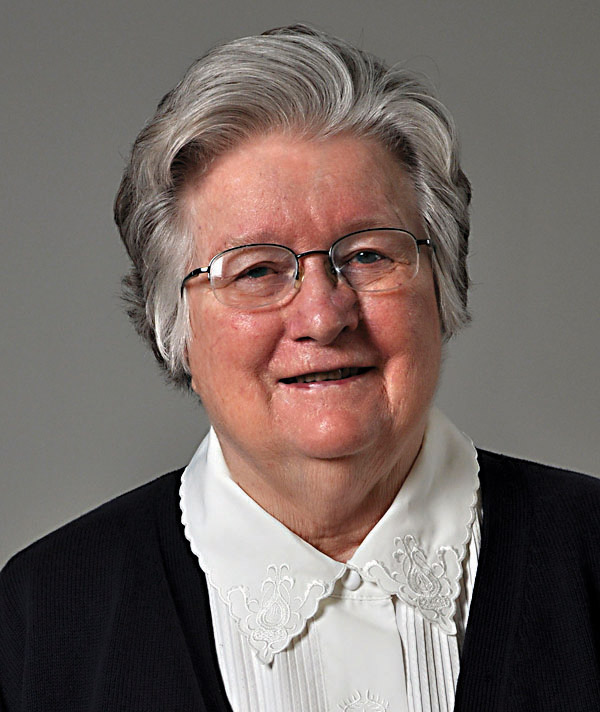 EVANSVILLE, IND. — Sister Bernadette (baptized Mary Bernadette) Forquer died on Nov. 29, at Seton Residence in Evansville, Ind. Sister Bernadette was born on Feb. 1, 1933 in Santa Monica, Calif., and was one of two children of William J. and Dorothy (Dahle) Forquer. She graduated from Bishop County High School in Los Angeles, and entered the Daughters of Charity in St. Louis, in 1952.

After initial formation, Sister Bernadette was sent to teach at St. Ann’s School in Dallas for two years (1963 to 1965) when she moved to Chicago, to minister as a nursery/preschool teacher at DePaul Settlement (1965 to 1969). She also served as a receptionist at St. Vincent de Paul Senior Services in Chicago for nine years (1970 to 1979), when she was missioned to Catholic Social Services in Hernando, Miss., to serve in their outreach program (1979 to 1986).

She received a fine arts degree from La Salle Extension University in Chicago. Sister Bernadette was sent to Huntingburg, Ind., at St. Mary Parish for two years (1986 to 1988) when she began her ministry in Effingham as an outreach worker and shop coordinator for Catholic Charities (1988 to 2002) and as a parish outreach worker at St. Anthony of Padua Parish (2002 to 2003). From 2003 to 2011, Sister Bernadette ministered as a driver for the Sisters at Seton Residence and as hospitality coordinator for Mater Dei Provincialate in Evansville until she began her service in the ministry of prayer at Seton Residence.

Sister Bernadette was buried in St. Joseph Cemetery and a Memorial Mass will take place at a later date. She was preceded in death by her parents and is survived by her dear sister Lenore (Dottie) Simonsen in Lacy, Wash., her Sisters in community, and many friends.