Earlier this school year Sacred Heart-Griffin High School students began putting their faith into action by standing up for life — literally. The Cyclones for Life Club meets not in a school classroom but rather by gathering on the sidewalks outside Planned Parenthood in Springfield. 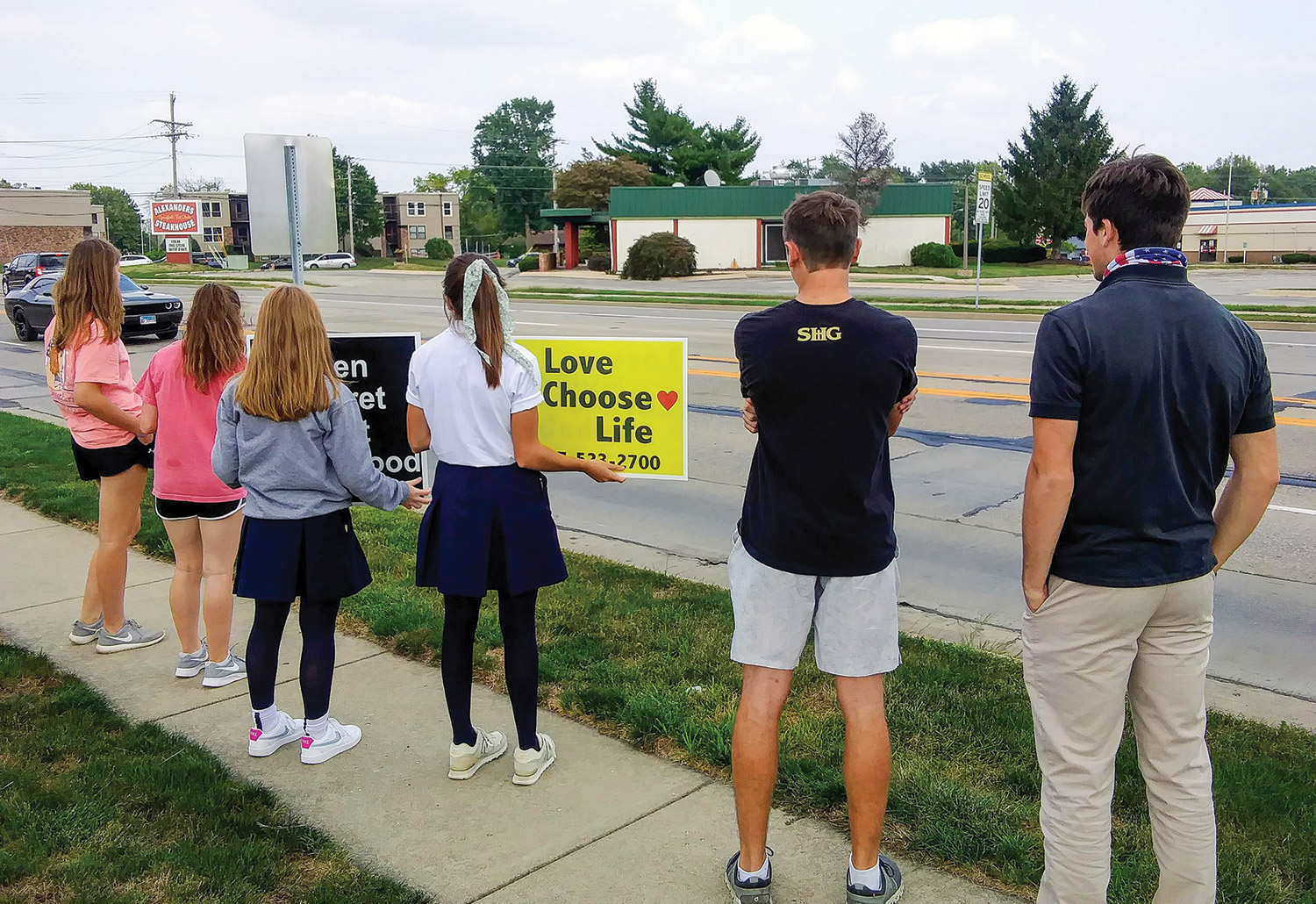 The members of the club are led by SHG theology teachers Ellen Bartletti and Susan Faivre. “We have about 20 active members, freshmen through seniors,” said Bartletti. “We support the Springfield Right to Life (SRTL) by praying outside Planned Parenthood. We dedicate an hour after school one Thursday a month to have a youthful presence on the sidewalk.

“We love to say the Chaplet of Divine Mercy, asking God to shower his mercy on those involved in the abortions taking place at that moment as we stand there on Bruns Lane. Of course, we also focus our prayers on the innocent babies,” Bartletti said. “The wonderful people at SRTL are always welcoming and have provided food and treats for the students from time to time on our Thursday prayer days.”

Bartletti said that because their focus has been mainly on supporting the Springfield Right to Life, the club members have tackled a few minor jobs at the headquarters and promote the SRTL activities among the students. “Some of the members attended the National Day of Remembrance for Aborted Children at SRTL in September, as well as the annual pro-life rally in January,” she said.

“It is important to lead this club to keep the discussion of respecting life alive in our school community,” said Faivre. “There are a lot of causes contending for young people’s time. We cannot forget that the heart of all other causes is the respect and dignity of human life.”

Bartletti said she is honored to lead the SHG students in the effort to “change the hearts and minds of those involved in abortion.” She said prayer is a powerful weapon, and it is important that students share and experience prayer with their peers.

One of those “peers” is SHG Senior Nolan Healey. “Cyclones for Life has been an awesome experience because it gives us a chance to show what we’re all about at SHG,” he said. “As a Catholic school we stand firm in defending the right to life and giving a voice to those who can’t speak for themselves.”