It is a Thursday afternoon at Serenity Manor, a senior living facility in Springfield. Some residents are taking naps. Others are watching television. For five faith-filled Catholics, they are meeting in a room to receive Our Lord in the holy Eucharist from Father Peter Chineke, parochial vicar at the Cathedral of the Immaculate Conception. 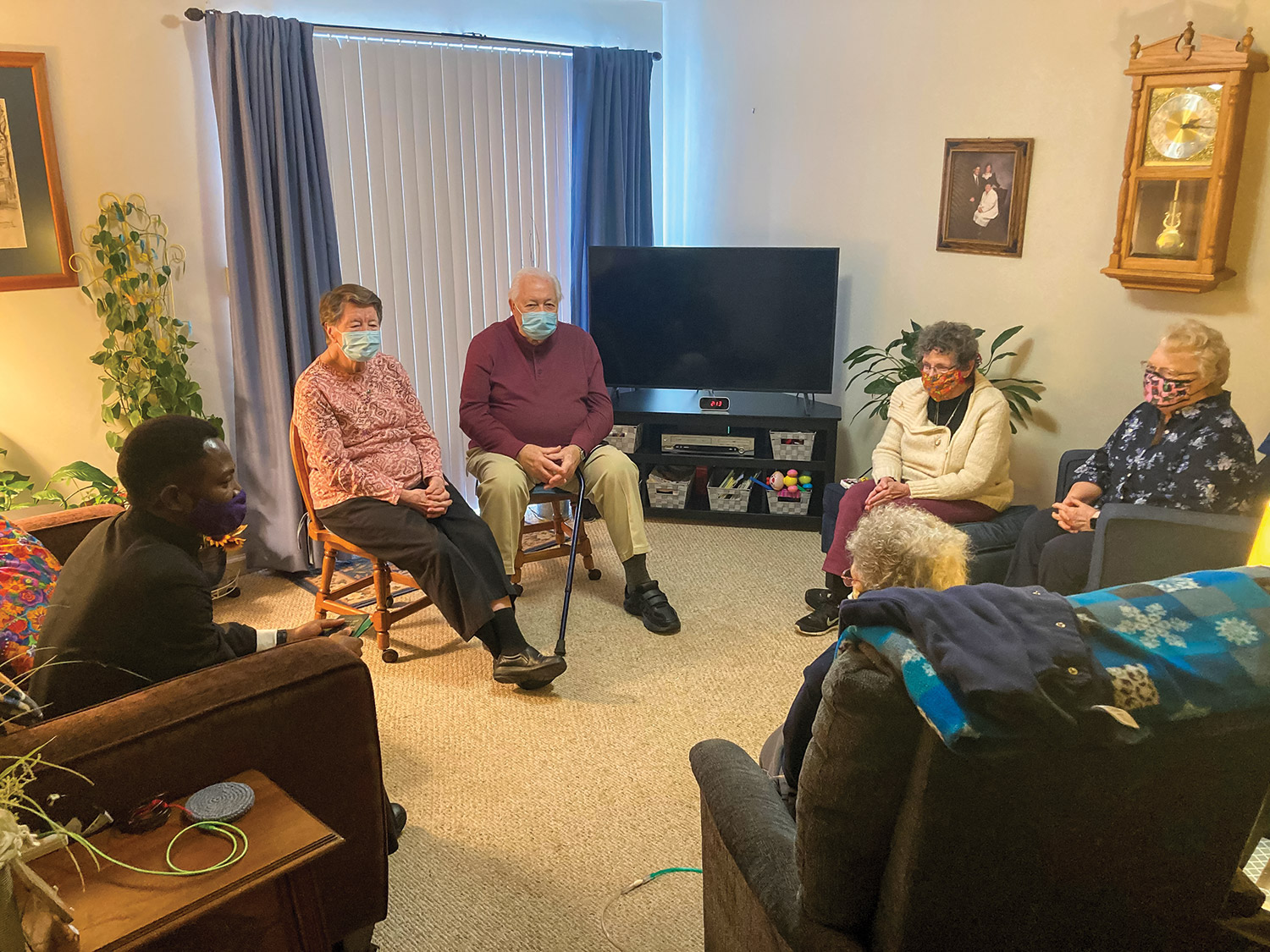 Everything begins in prayer. Then Betty Horwath, Bob Horwath, Carol Gilbert, Barbara Rees, and Carol Morgan take down their masks to receive Jesus present to us in the Eucharist. The group has not been able to attend Mass in a year due to the pandemic and because they are in the high-risk category.

This scene is happening every day in other senior living facilities, apartments, and homes in our diocese and across the world as priests put on their masks, sanitize their hands, and take the Body of Christ to the homebound during the pandemic.

“The Eucharist has become such a part of my life that I really missed it, and I felt like something was missing,” said Morgan. “I am a convert to the faith, and I hadn’t missed Mass ever since the day I was baptized, which is 21 years ago. I was scheduled for a surgery last March, but then I didn’t get the surgery until August, and I had to be isolated the entire time. So, when Father Chineke said he would come, it was the greatest gift.” 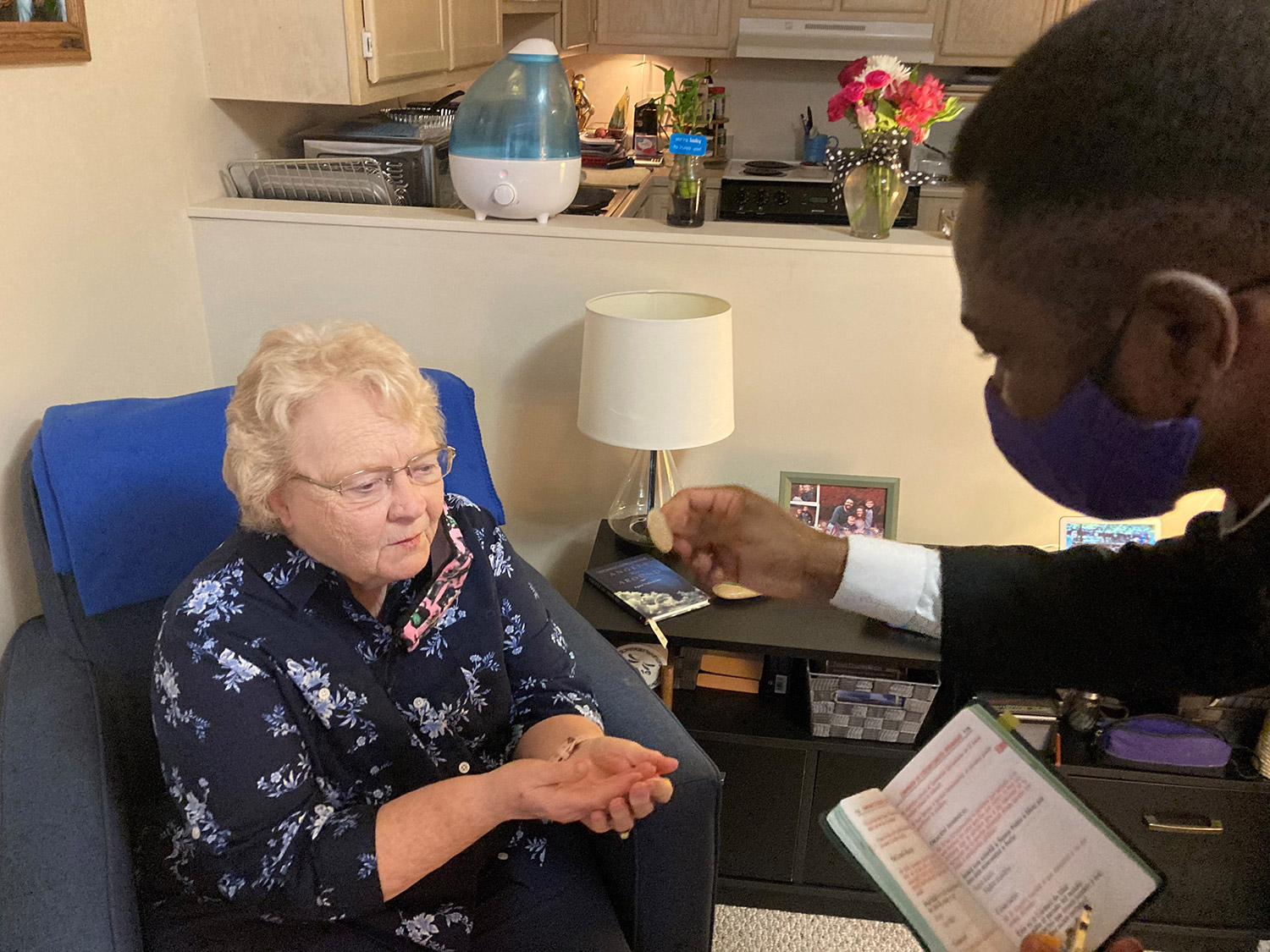 During a time where there is so much uncertainty, what is striking is how these five Catholics say they need the Eucharist more than ever. They say, despite watching Mass on television and praying daily, nothing in the world compares to the source and summit of our faith, the holy Eucharist.

“I need to have God within me — I have to have his Body and Blood within me,” said Rees.

“We used to go to Mass once or twice a week, and it’s so important to nourish the soul in these times of stress,” said Bob Horwath. “We’re able to ‘attend’ Mass by watching it on TV every day, and we say our rosary at night, so receiving the Eucharist is very important to us.”

The group credits Bev Hoffman from Butler Funeral Homes for bringing everyone together with Father Chineke every week.

“As a priest, the greatest gift I can give to anyone is the Eucharist,” Father Chineke said. “I do everything I can to go out — hospitals, homes, senior living facilities — to bring the Eucharist to those who really want Jesus. So, coming here (Serenity Manor) has become a part of my ministry, and I love it.”