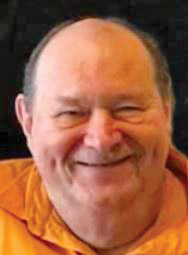 Jerry was born Oct. 22, 1943 in Decatur, the son of Cecil and Lena (Shaw) Smith. He proudly served his country in the U.S. Army (1963-1966) including service with the 1st Cavalry Division in Korea and the 5th Infantry Division Fort Carson, Colo. He worked at the Clinton Power Plant, Superior Welding, R.V. Evans, and Kopetz. He was an avid woodworker and enjoyed watching NASCAR, the Minnesota Vikings, and the Chicago Cubs. Jerry married Margaret Faye Crowe on April 1, 1967.

He was preceded in death by his parents and sisters Joan Ponsler and Janet Hayes.

A Mass of Christian Burial was held March 22, at Holy Family Catholic Church in Decatur, with his son Father Smith as celebrant. Burial with military honors was in Mt. Zion Township Cemetery.