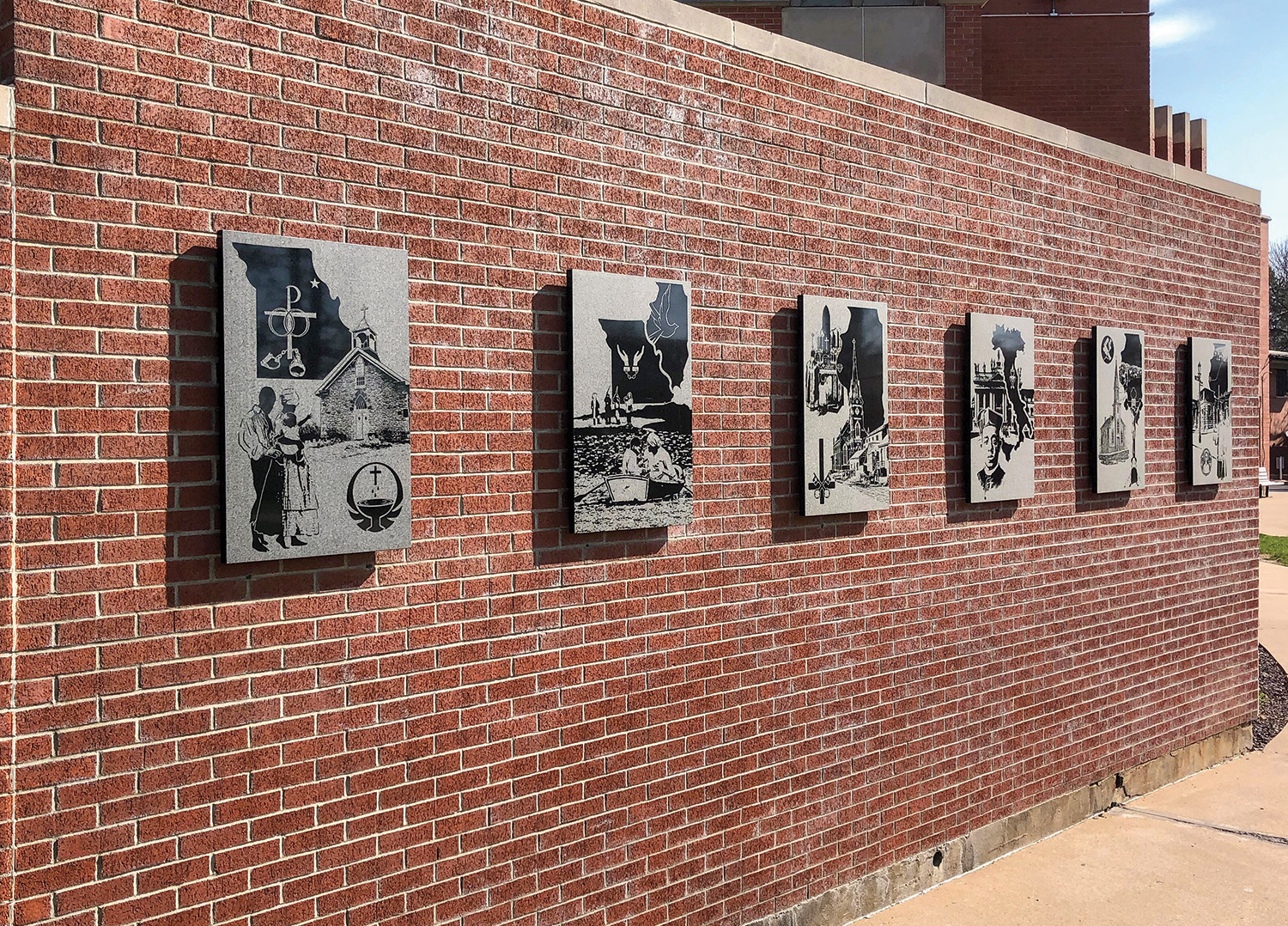 QUINCY — The life of Quincy’s Venerable Father Augustine Tolton is now on display on marble panels at the Church of St. Peter in Quincy. The idea came from the parish pastor, Msgr. Leo Enlow, who was trying to figure out a way to disguise nine metal plates that were put into a brick wall at the church parking lot.

Msgr. Enlow said that since Father Tolton was a member of their parish, it is fitting to have a display of his life. A parishioner at the Church of St. Peter, Tim Haubrich, who is an artist and runs PAM printers in Quincy, expressed interest in completing the project. Msgr. Enlow and Haubrich went to work, with Msgr. Enlow deciding what parts of Father Tolton’s life to highlight and Haubrich using his artistic talents to capture those moments. What the two came up with are beautiful images showcasing a life of a holy man, a true witness to our Catholic faith, and a dedicated servant of God.

Father Tolton was born into slavery in 1854. In 1862, he, his mother and siblings made a daring escape across the Mississippi River to Illinois. After settling in Quincy, he went to school at St. Peter’s Catholic School. He later went to seminary school in Rome because no American seminary would accept a black man. Thinking he would minister in Africa, once he was ordained, Father Tolton was instead sent back to Quincy, where he arrived to thousands of supporters. Known for his incredible singing and homilies, Father Tolton spent several years in Quincy before transferring to Chicago. He died of heatstroke at age 43 on July 9, 1897 and is buried at St. Peter’s Cemetery in Quincy. Pope Francis declared him “Venerable” on June 12, 2019, the second step of four to becoming a saint in the Catholic Church.