After graduating from St. Mary’s College in South Bend, Ind., Sullivan (Moultrie County) native Meredith Vogel (Murphy) spent a year working as an assistant to a speech-language pathologist in the public school system in South Bend. A young boy, named Benjamin, attended the school there. Vogel serviced his classroom. 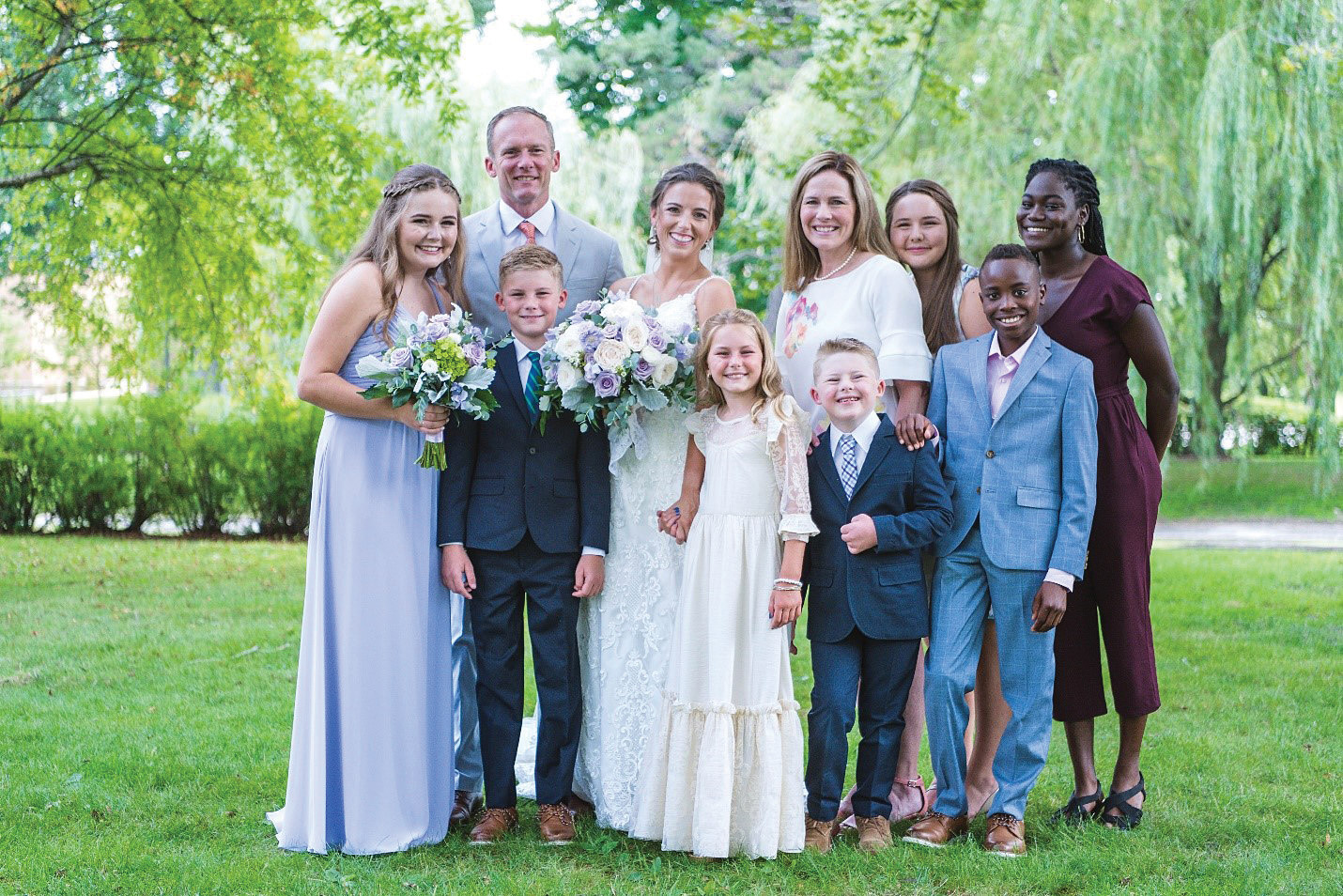 “At the end of the year, we had a large picnic outside and both Amy and Jesse attended,” Vogel said. “At the end of the picnic, they came up and introduced themselves, and asked if I had any interest in coming over to their house and helping with Benjamin — and the rest is history!”

Those parents, Jesse and Amy, were well known in the community and at the University of Notre Dame. That was five years ago. Today, it is a lot different as the entire nation knows Jesse and Amy. That is because Amy is now known as U.S. Supreme Court Justice Amy Coney Barrett.

“Amy always puts God first,” Vogel said. “She has had the most positive influence on me, especially in my faith. I of course grew up going to church (St. Columcille in Sullivan) and going to Masses on Sundays, but when I started school, it was a challenge to maintain my faith once school started. When I met the Barretts, they pray before dinner, they pray at bedtime, and they constantly are always putting God first. Being with them truly helped me grow as a person and become stronger in my faith.”

The Barretts are devout Catholics who have seven children, two of which are adopted from Haiti. Vogel, who got married to her husband Peter last year, a wedding in which the Barretts attended, now works as a pediatric speech-language pathologist at Memorial Children’s Therapy Center in South Bend. She still nannies for the Barrett family.

“I still watch the younger ones and spend a majority of my time helping care for her youngest, Benjamin, who has Down syndrome,” Vogel said. “Her older girls are almost like sisters to me and even her oldest daughter, who is 19, was a bridesmaid in my wedding. That is how close we are.”

Vogel says that Barrett has showed her that you can do anything if you put God first. She also finds it refreshing how Barrett has shown young girls and young women that they can be mothers, have large families, and balance it all with a career, even a career that is highly demanding and comes with a national spotlight.

“To me, she is still just Amy,” Vogel said. “I sometimes forget that she is a U.S. Supreme Court Justice until I see her name on the news or a picture of her with the other justices pop up. We actually went to a workout class together and all of these other women were coming up to her and I was so confused and then it struck me that ‘Oh Meredith, she is on the Supreme Court!’ It’s all very surreal to me still. Amy is one of the most incredible women I have ever met. She is down to earth, funny, incredibly smart, and an extremely loving and kindhearted woman and mother. To me, Amy is almost like a ‘second mom.’”