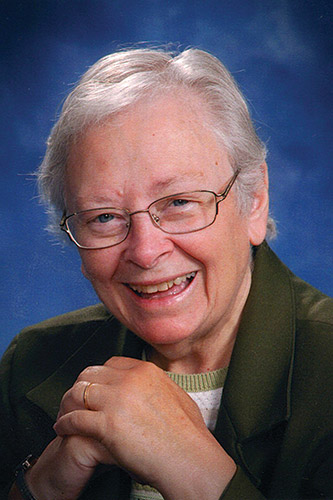 Sister Anne Therese Mayol, OSU, died peacefully on May 1, at St. Andrew’s at Francis Place in Eureka, Mo. A Springfield native, she served many years in the Diocese of Springfield in Illinois.

Sister Anne Therese was a teacher, principal, business manager, and leader who served in Alton, Springfield, and Decatur; and in San Antonio, Texas. While living in Alton, she taught at St. Bernard in Wood River from 1958 to 1963, Ss. Peter and Paul School from 1963 to 1964, and Marquette Catholic High School from 1964 to 1970 and 1975 to 1977. She taught at St. Teresa High School in Decatur from 1983 to 1984, was principal of Ursuline Academy in San Antonio from 1971 to 1975 and from 1986 to 1992, and was business manager for Ursuline Academy in Springfield from 1993 to 2000. She held many local leadership positions throughout the Ursulines’ Central Province and was assistant provincial leader from 1984 to 1990.

Sister Anne Therese was preceded in death by her brother, Robert Mayol and her sister, Rosemary Flannigan-Buscher.

She is survived by her sister, Dr. Kay Pangle; cousins, Mary Jean (Hartzel) Bruno and Theresa Rose Kraus; and several nieces and nephews.

A wake service and funeral Mass were held May 8 at St. Joseph Church in Springfield. Burial was private.

The Ursuline Sisters and family were served by Butler Funeral Home-Springfield.