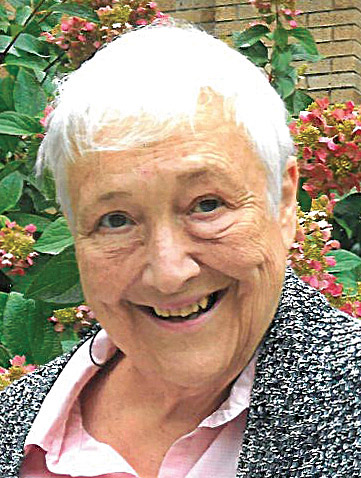 Sister Mary Fran, who for a time was known as Sister Thomas Mary, gave the first 16 years of her religious life to teaching primary students at Illinois Catholic schools in Mendota, Jacksonville, Morrisonville, Mt. Sterling, and Maryville, and then eighth grade in Evergreen Park. In 1986, she shifted to pastoral ministry, first as DRE and liturgist in Glen Carbon from 1986 to 1991, then at the religious education center in Arcola. In 1993, she became a pastoral associate at St. Therese Parish, Jackson, Miss. Returning to Springfield in 1997, she assisted in the computer lab at Cathedral and then at Sacred Heart-Griffin High School where for three years she assisted in the computer lab and taught theology part time while developing her interest in the creative arts. From 2001 until 2018, when her health required a step back from active ministry, she was the resident potter at Jubilee Farm in New Berlin and enjoyed creating and nurturing creativity in others. She taught classes at the Springfield Art Association and was a dedicated past president and member of the Dominican Institute for the Arts.

Sister Mary Fran was preceded in death by her parents and her brother John. She is survived by her sisters, Nancy (Ray) Bagley/Gorman and Virginia (Paul) Ledesma; her brothers, Thomas (Theresa), David (Dzintra), Harry (Connie), Jay, Don (Jana), Joe, and Bob (Gwen); and many nieces, nephews, great-nieces and great-nephews, and dear friends.

A visitation followed by a funeral Mass took place on June 24 at Sacred Heart Convent Chapel with Dominican Father Michael DeTemple, celebrant, officiating. Burial was on June 25 at Calvary Cemetery.

Memorials to honor the memory of Sister Mary Fran may be made to the Dominican Sisters Retirement Fund, 1237 W. Monroe St., Springfield, IL 62704.

The Dominican Sisters and family of Sister Mary Fran were being served by Butler Funeral Home - Springfield.