ST. LOUIS — Sister Joan Bretz, OSU, also known as Mother Christopher, died peacefully June 9 at St. Andrew’s at Francis Place in Eureka, Mo. A Springfield native, she served many years in the Diocese of Springfield in Illinois. She was 89 years old. 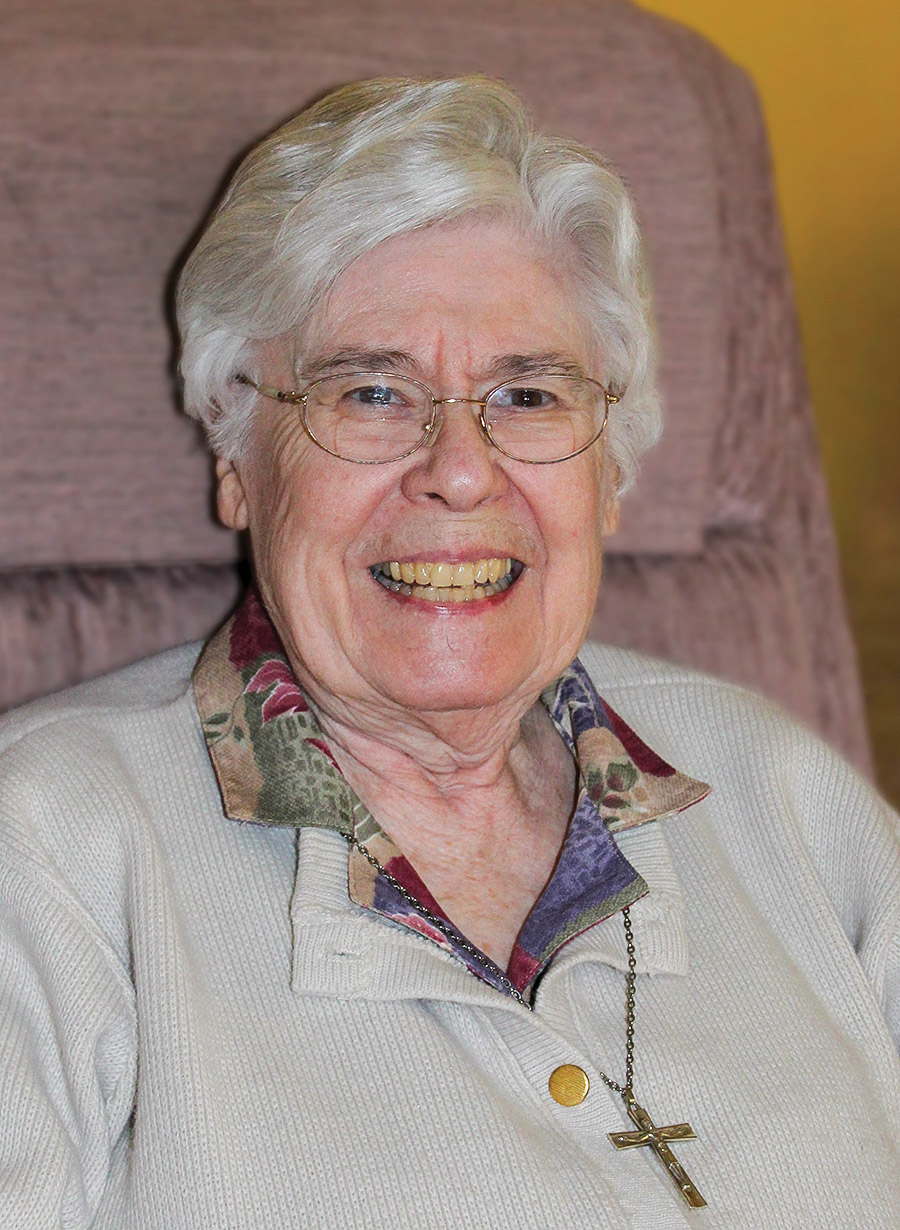 The daughter of Elmer J. and Eva Kramer Bretz, she was born Oct. 31, 1931, in Springfield. She entered the Ursuline community July 15, 1950, and professed her vows on Jan. 16, 1951. She earned a bachelor’s degree in English from the College of New Rochelle in New York and master’s and doctoral degrees from St. Louis University. She also studied theology at Weston School of Theology in Cambridge, Mass.

Known for both her brilliance and warm heart, Sister Joan was a teacher, communicator, photographer, and local leader who served in Springfield; Jennings and Crystal City in Missouri; and Galveston and Laredo in Texas. She taught at Springfield College from 1956 to 1957 and from 1973 to 1990. She also taught at Ursuline Academy in Springfield from 1957 to 1959, St. Patrick School in Galveston from 1959 to 1960, Corpus Christi High School in Jennings from 1960 to 1966, and Ursuline Academy in Laredo from 1966 to 1967.

Sister Joan served in public relations for the Ursulines’ Central Province, headquartered in Crystal City and then Kirkwood, from 1967 to 1968. She became the first director of communications and development for the province, starting the office from scratch in 1996 and serving until 2010.

She retired to the Loretto Home in Springfield, later moving to the Ursulines’ healthcare center in Alton, then to Francis Place in 2014.

Sister Joan is survived by her nephews, Brian Bretz, Barry Bretz and Jay Bretz; a niece, Brook Bretz; and a cousin, Bill Bretz.

A burial service was held June 16 at St. Peter Cemetery. A memorial Mass will be held later in the summer.