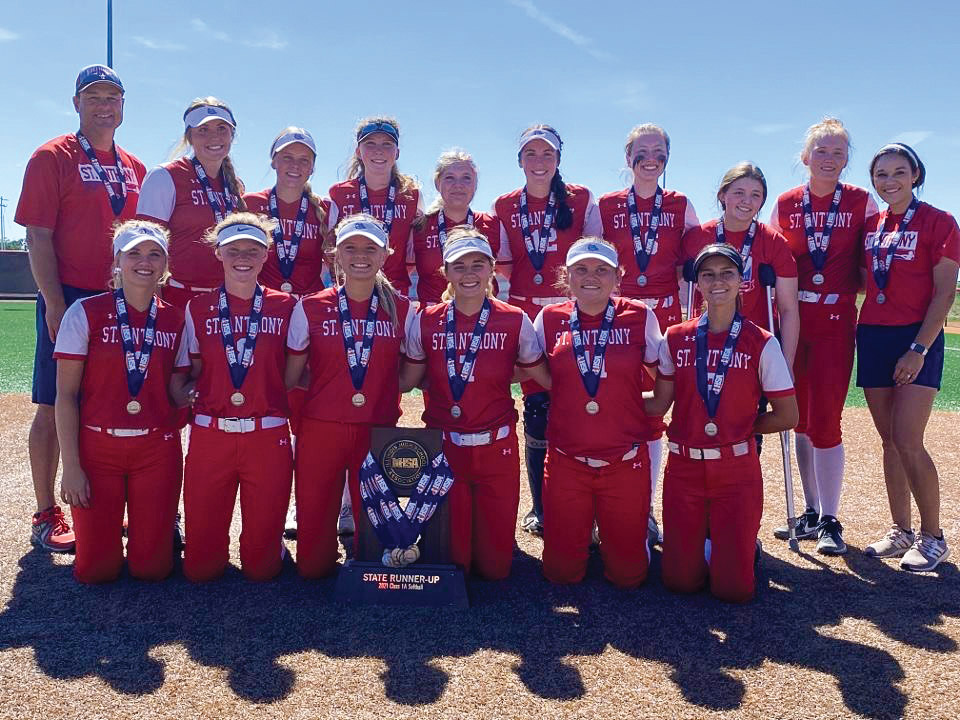 In an attempt to get life back to normal for our student-athletes, all seven of the Catholic high schools in our diocese were able to hold a modified version of their sports schedules this school year. However, only those sports that were held in May and June were allowed by the Illinois High School Association to hold a state championship. Two of our schools made history by making it all the way to the championship game.

The St. Anthony High School (Effingham) softball team (21-9) won the school’s first ever sectional and super-sectional titles on their way to a second-place finish at state in Peoria. Effingham-native Makayla Walsh led her alma mater to the Class 1A state tournament in her first year as head coach with mostly underclassmen. The Bulldogs softball team had just three juniors and no seniors.

Congratulations to all our student-athletes, including the many individuals who made it to state in track and field and tennis this spring. While there were no-medalists inside the top four, our high schools were well-represented. Congratulations also to Quincy Notre Dame Girls Soccer (17-3-1) who took fourth place at Class 1A state, the program’s seventh trophy under head coach Mark Longo. Finally, congratulations to the Sacred Heart Griffin (Springfield) High School baseball team (33-3) who finished fourth in Class 2A. Led by 14 seniors, the Cyclones brought home the program’s fifth state trophy.

Father Zach Edgar is the diocesan chaplain for Catholic Athletes for Christ.