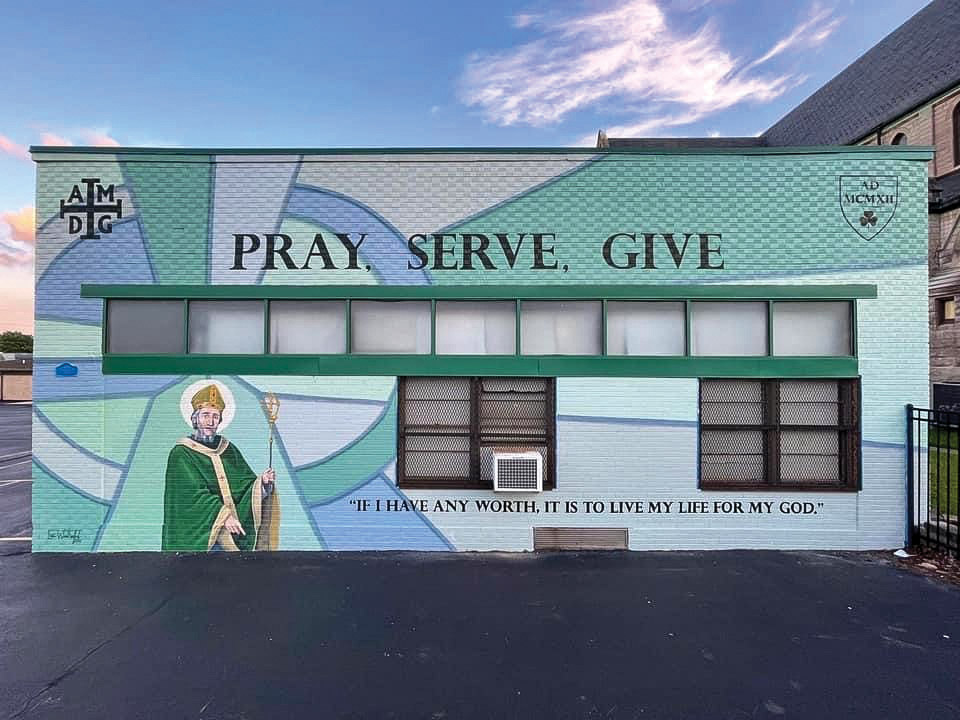 DECATUR — For two weeks, Eric Weatherford worked to turn a forgettable exterior brick wall of Shamrock Hall at St. Patrick School in Decatur into something much more than a beautiful work of art. His richly colorful and detailed exterior mural of St. Patrick, the AMDG shield (Latin for “for the greater glory of God”), the school’s cornerstone, the words “Pray, Serve, Give,” and the background painted to look like stained glass is a message that we are called to live a life of authentic discipleship, go to Mass, and strive for sainthood.

As a 2005 graduate of St. Patrick School, Weatherford credits finding his creative side while he attended school there. “It’s kind of where it all started for me,” Weatherford said. “I remember falling in love with anything that we did creatively in school and realized it wouldn’t be a phase for me — yet something I wanted to take more seriously.” 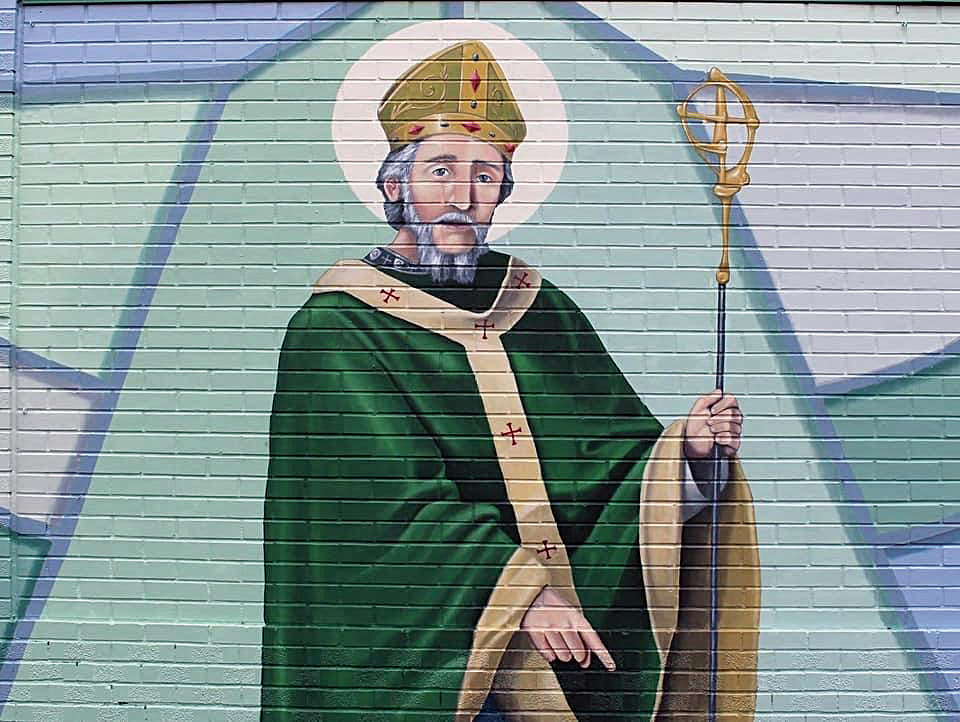 The mural is about 20 feet tall and 40 feet long. Once Weatherford was chosen for the project, he spoke to the school about ideas he had for the wall. After the design was chosen, he went to work cleaning the wall, priming the wall, tracing out the design by either projecting or using a grid structure, painting the mural, and then applying a clear coat over the finished product.

“I haven’t been to this school since I graduated from eighth grade, so it was definitely humbling to go back and recall all the great memories I made while attending St. Patrick’s,” Weatherford said.

You may have seen other works of art Weatherford has created around Central Illinois. For example, he is the creator behind the Abe Lincoln portrait in downtown Decatur, the abstract/colorful mural on the corner of Eldorado and Water in Decatur, the large wall behind Macon Resources Inc. in Decatur, and the farming related mural in downtown Assumption.

Weatherford started his own company, Oddwall Painting, in 2018 after winning the Decatur Mural Project and realized it could be a viable business venture. Fast forward to today, and he never thought he would one day paint a mural at St. Patrick School.

“Every child is an artist,” Weatherford said. “I just remained an artist as I grew older.”