Miracle on I-55: A sister’s reflection on escaping death is reminder to surrender to God our suffering 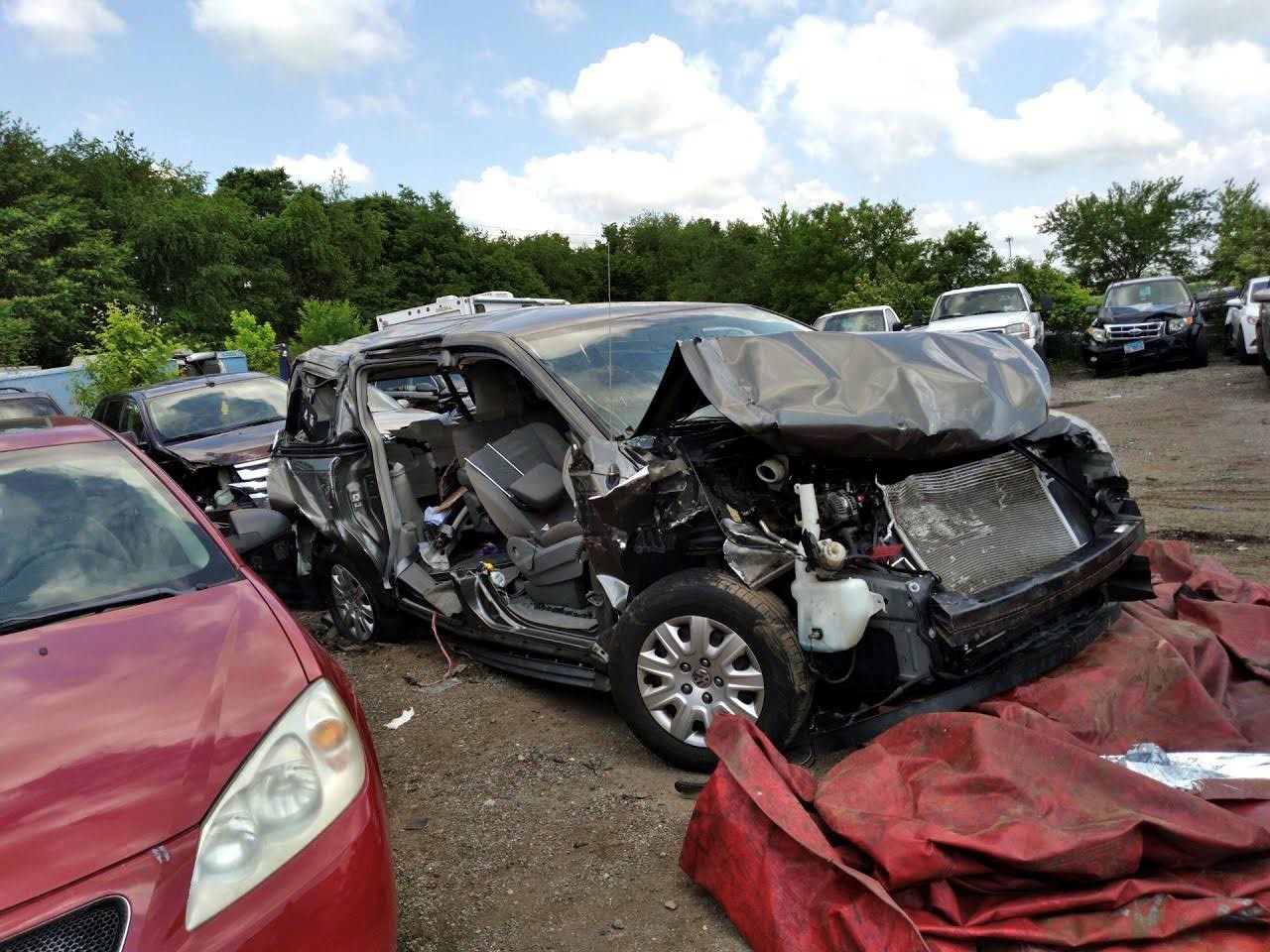 The song It is Well with my Soul was written by Horatio Spafford in the year 1873 amidst deep sorrow and tragedy in his life. In 1871, he had suffered the loss of a 4-year-old son to scarlet fever while at the same time losing a fortune during the great Chicago fire. In 1873, knowing that his family, now consisting of his wife and four daughters, needed a vacation, he sent them on a boat to England with the plan to meet up with them after closing up some business dealings. The boat carrying his beloved family was struck in a terrible collision, drowning his four daughters. After receiving a telegram from his surviving wife, he set sail to be with her in their collective grief. Crossing the Atlantic Ocean, he came upon the sight of his daughters’ graves below the sea. The lyrics of this famous song suddenly poured forth as a prayerful cry from his heart and thus became a hymn of surrender to God with trust and abandonment. It has long been my favorite Church hymn. 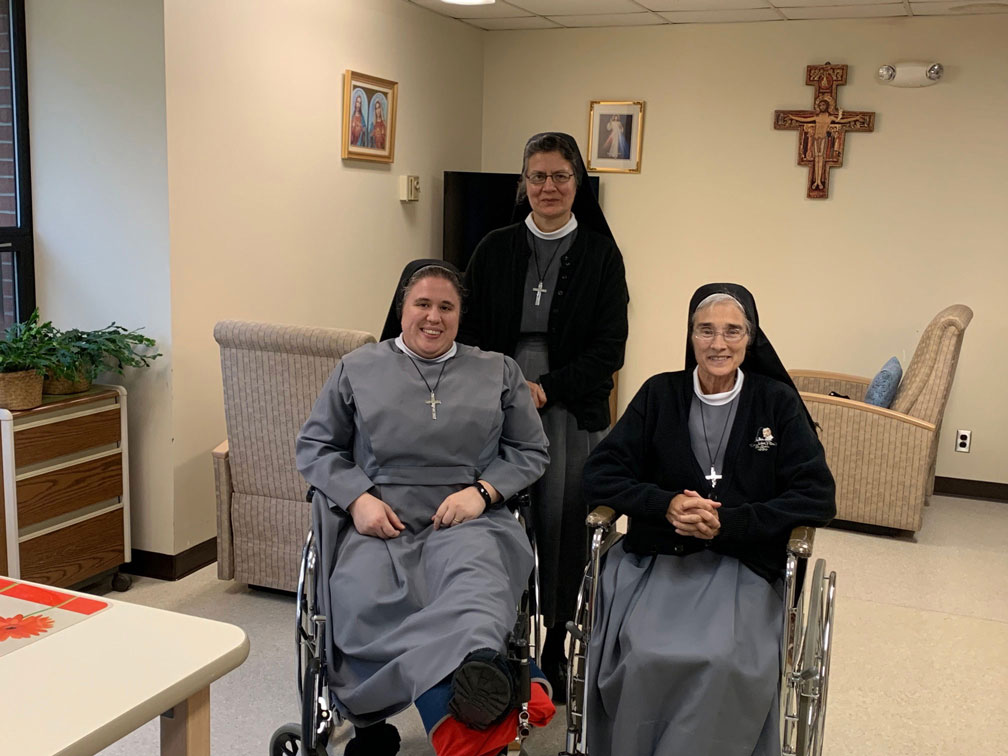 Sister M. Clementia Toalson, Sister M. Magdalene Diaz, and Sister M. Michael Redding are in good spirits as they continue to recover from the accident. When peace, like a river, attendeth my way,
When sorrows like sea billows roll;
Whatever my lot, Thou hast taught me to say,
It is well, it is well with my soul.

As I lay in my hospital bed after a horrific car accident of June 9 on I-55 outside Springfield, I began having vivid flashbacks of the wreck. I could see the blood dripping from my hands, could feel my body at an awkward angle resting in agonizing pain on the dashboard, and could sense the urgency of my beating heart as I considered if the other sisters were alive. In the hospital, sleep became allusive to me, and my eyelids would shoot open in fear. Another sister, recognizing my sleepless state, asked if she could pray over me and with me. As she opened her Divine Office book to begin Night Prayer, she asked for a song I would like for her to sing. My troubled heart instinctively turned to It is Well with my Soul. Tears rolled down my cheeks as the musical notes descended upon me. With all that I had been through and with all that I knowingly would suffer in my recovery, I could honestly say, “It is well with my soul!” A sudden peace took over my debilitating fear as the Lord revealed to me his faithfulness and love in the midst of this tragic event. It was at that moment that I began journeying the path of abandonment, trust, and mercy.

Sister M. Magdalene, Sister M. Michael and I were heading to our motherhouse in Alton from our convent in Rock Island.(Editor’s note: they are all Sisters of St. Francis of the Martyr St. George.) We would be beginning our summer assignments and Sister M. Magdalene would be commencing a new apostolate in her transfer to Alton. Our van was packed with luggage and boxes. 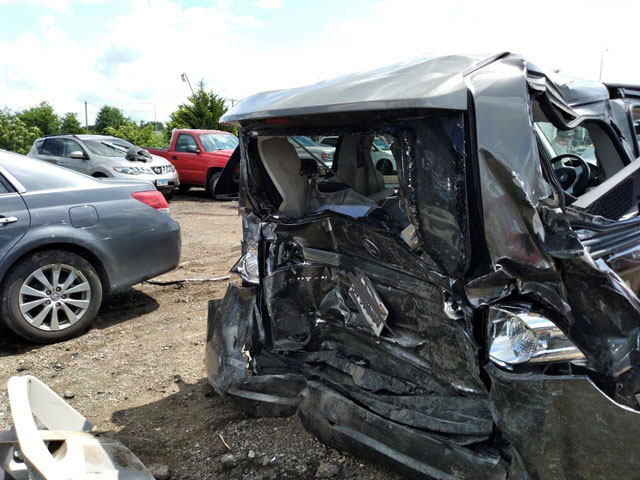 The sisters’ vehicle was unrecognizable after the June 9 crash on I-55 outside of Springfield. Along I-55 outside of Springfield, traffic came to a sudden stop in a construction zone and our van was struck at seemingly high speed from behind, sending us into the two cars in front of us. Our van was later described as a crushed soda can or accordion. It was an accident scene in which any passerby would say to themselves, “There is no way anyone survived that.” All three of us blacked out upon the impact and my body was hurled, even with a seatbelt on, to an unexplainable position. The passenger seat I was occupying separated, breaking the back rest from the cushion. My legs were thrown on top of the dashboard and my head rested upon the seat cushion. Later I would discover how impossible — saving all things are possible with God — that my legs were not crushed under the front of the van. When I finally came to, I slowly lifted my hand, saw the blood, and realized I was injured. My next thought, which was clearly impelled by the Holy Spirit, was, “Stay calm. Don’t move.” This mantra repeated in my head, convincing myself that help was on the way.

True to His faithfulness, God immediately showed His love for his brides in sending us a bishop, priest, and seminarian who happened to be traveling through Illinois a few cars behind us. The first on the scene, they spoke to me from the broken window and discovered that we were religious sisters (our veils had flown off at impact). Soon I was anointed, and my hand was being held as I spoke to the priest, asking him questions in total coherence. I began to say, over and over again, “Jesus, I trust in you” as the paramedics and rescue teams arrived. Assessing the situation, they soon realized that my door would need to be pried open with the “jaws of life.”

My left leg was severely broken on the tibia and fibula, three of my left ribs were fractured and there were many unknowns at the time in regard to my spinal situation. Later, it would be discovered that the middle of my back was broken vertically at the jut-out of the vertebrae and another vertebrae was slipping forward. After quite a long time in the trauma room after our transport to HSHS St. John’s Hospital, I was given an Emergency Department room to await further tests. The arrival of the first sister to be with me, console me, and hold my hand brought about guttural sobs as everything I had endured hit me. As I lay in this vulnerable state, more sisters and family arrived, many calls were made, and I was surrounded in utter love. 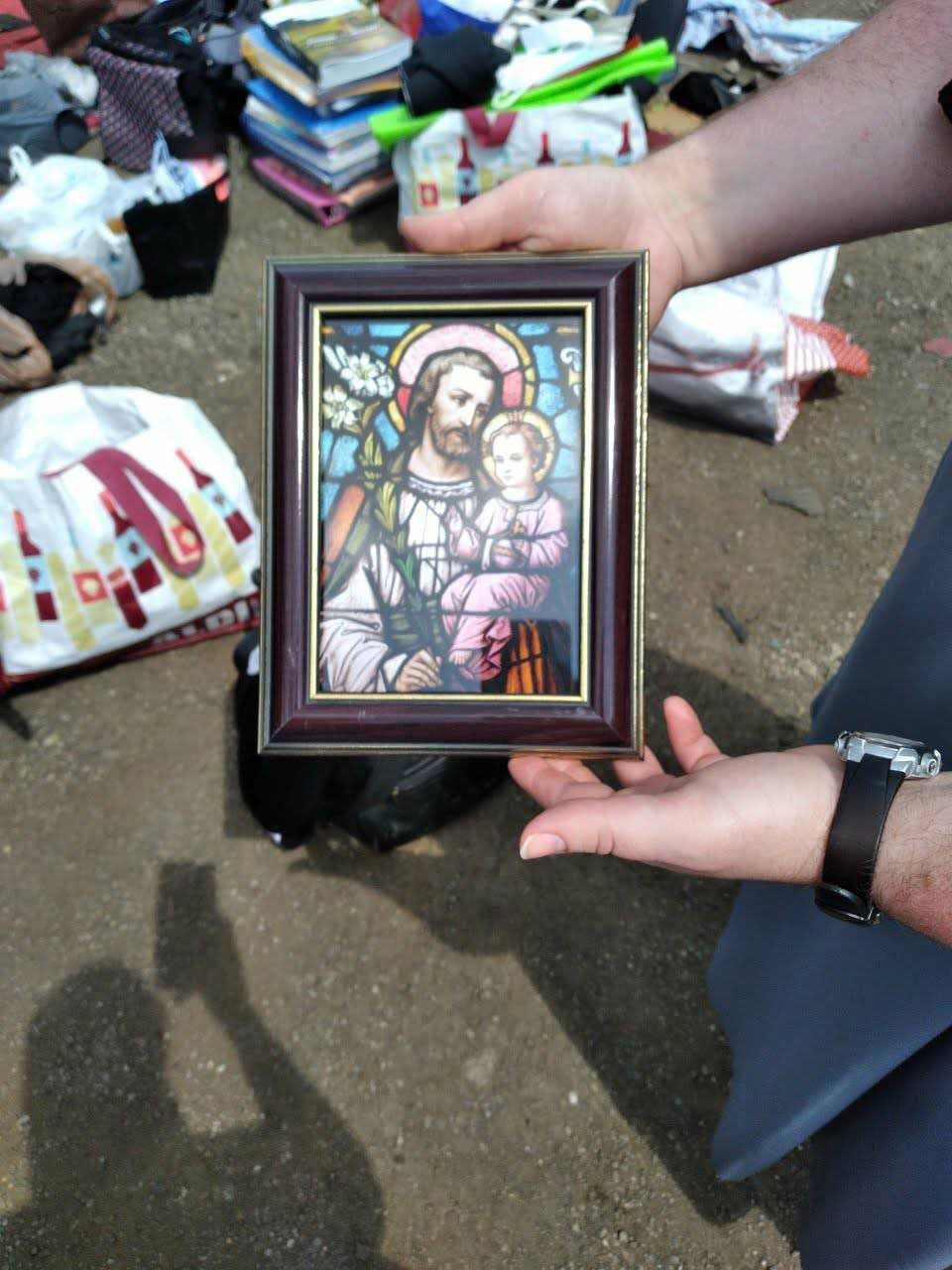 This picture of St. Joseph holding the baby Jesus was the only thing with glass that survived the accident fully intact. In December of last year, Pope Francis declared this year the Year of St. Joseph, which concludes on Dec. 8.Along with the appearance of the first sister to the emergency room, I have experienced a profound understanding of the beauty of my religious community throughout this time of physical and emotional suffering. After my hospital stay, I was transferred to the infirmary of our motherhouse in Alton to recover, heal, and begin physical therapy. As I settled into my new room the afternoon of my arrival, I was surrounded by nearly 30 sisters. Each one had tears in their eyes and had a look of relief washed over their faces.

At that moment, it struck me how the word “compassion” is true to its etymology: “to suffer with.” My sisters suffered through the agonizing unknowns of the accident, the anxious awaiting of any news, and the torment of hearing their sisters were being rescued through the jaws of life. They had to patiently endure the medical updates and the fear of losing one of their sisters. Though their suffering was not physical, it held deep weight emotionally and mentally. Their suffering has lessened my own suffering. I continue to feel that I am being held in a tender embrace by their compassion.

Over the last few months, I have had experienced sisters reach out to assist me in my needs, squashing the lie that I am a burden. Through my daily tasks of tying my shoes, taking care of my personal hygiene, getting my meals, attending medical appointments, going to faraway places in the convent in a wheelchair, and much more, my sisters have been instruments of great healing within my heart. It often happens that God sends to me a sister with whom I might have a previous grievance toward, healing the sin of unforgiveness that was eating away joy within my heart. Sisters have held me in their arms as I sobbed, strengthened me through their prayers, and have given me encouragement when fear settles in. I am so grateful to God for calling me to this community.

I have not once felt an animosity or bitterness toward the man who hit us. In fact, I have been deeply praying for him. More importantly, I have not once sensed that I have been abandoned by God in this great suffering. Before the accident, like many people, I carried within me a deep wound of abandonment. Through the various events encompassing my life, I struggled reconciling with a God who would allow such deep pain and woundedness. I held on to bitterness and resentment. I allowed my past to control my reactions, my anxiety, and my joy. The accident brought about in me a surrender of this control — I could do nothing to stop the pain but could only give God permission to draw good out of the situation. I saw His presence through every twist and turn and miracle of the wreck. I was not abandoned. I was loved and held. My wound of abandonment had turned into the virtue of abandonment — surrender — to the God who created me and sustains me.

Along with a true sense of abandonment has come a deeper understanding of mercy and trust. The charism of the Sisters of St. Francis of the Martyr St. George is to “make Christ’s merciful love visible.” The deepest and most profound expression of our charism is that of suffering. Coupling our charism with my religious name for Divine Mercy, Jesus has continually drawn me into the mystery of my most wounded parts. The reality of my namesake is that I am called to a deeper trust and intimacy with the Lord through suffering, be it either physical, mental and/or spiritual. Through years of coming to an understanding of the multiple reasons for God naming me for his greatest attribute, I have developed a personal definition of mercy:

Mercy is when my brokenness and sinful misery encounter God’s faithfulness and steadfast love so that we can have access to one another’s hearts through our wounds — me with His and His with mine — resulting in a mutual exchange of trust born as fruit.

Through the accident, I have been drawn into the mystery of His mercy. Jesus has beckoned me to snuggle into his wounded heart to find refuge and protection instead of embracing the lies of fear and abandonment. His pierced side pours out blood and water — the rays of his mercy — which in turn give radiating light that pierces through the suffering of my own wounds.

The Venerable Fulton Sheen (Peoria native) once said, “There is nothing more tragic in the world than wasted pain.” My first prayer while in the emergency trauma room was that I might “suffer well.” I have prayed for this grace throughout this post-accident time. Though I may never see the impact of the miracles that took place via the accident nor the fruits of my suffering, I trust that God is using it for His glory.

Sister M. Clementia Toalson, FSGM, is in the congregation of the Sisters of St. Francis of the Martyr St. George in Alton. She is a member of St. Pius X Church in Rock Island, and currently serves as a fourth-grade teacher at Jordan Catholic School.