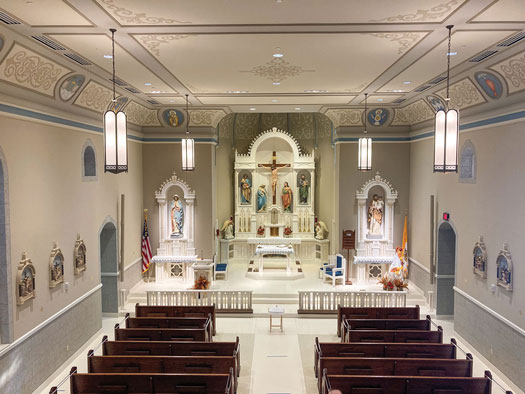 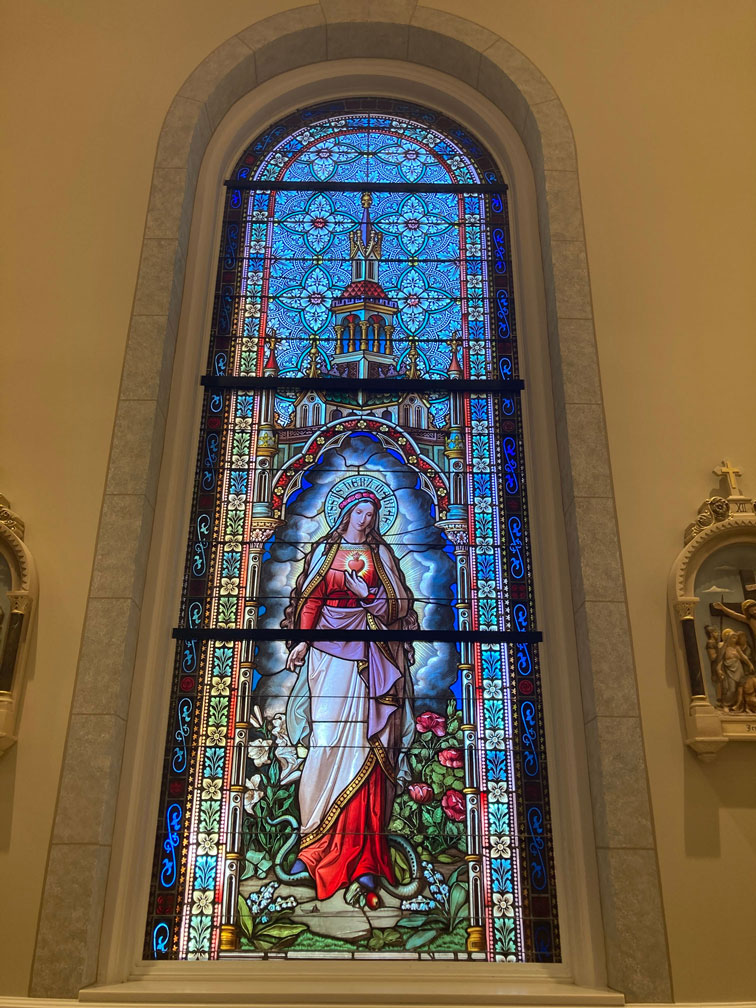 Brussels, in rural Calhoun County, an area known in Central Illinois for its tasty peaches, is home to St. Mary Church. It is simple and small, yet one of the most beautiful churches in one of the most beautiful areas in our diocese. The village of about 150 people sits between the Mississippi and Illinois rivers on rolling hills and some dense forests. In fact, this village is named in memory of the first priest in the area, Father John Molitor, a native of Brussels in Belgium. He was also the first priest to be buried in Brussels.

“The parish history goes back to 1858 when the parish was formed,” said Father Don Roberts, pastor. “Within a short time, they began construction of a church — the keystone on our church is 1863. I think one of the marvelous things about the parish is it is rooted in those who founded the parish. They came here to an isolated area especially during a time with no easy transportation when the parish was formed. The people made every sacrifice possible so that they could live their faith.” 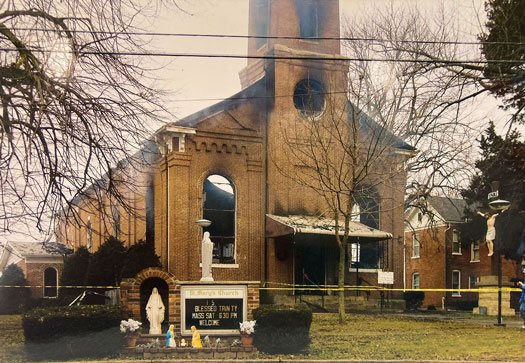 The history of the church is filled with joy and sorrow and then joy again. The first joy was the construction of the original church, which was filled with sacred art and images. It lasted nearly 150 years before a Christmas Eve fire in 2011, sparked by an electrical malfunction in the attic, destroyed practically everything. The people of the parish were devastated. Through hard work, holy dedication, and generous stewardship, a radically restored church was reconstructed and rededicated by Bishop Thomas John Paprocki on the Feast of the Immaculate Conception, Dec. 8, 2014. Then-Msgr. Carl Kemme was also in attendance that day. His first assignment as a pastor was at St. Mary in Brussels. He is now bishop of the Diocese of Wichita. The gold crosses on the walls of the church today mark the anointing and blessing of the restored church.

“I think it was very evident at the time of the fire how this really generated in the minds and hearts of people just a great sadness — there were a lot of broken hearts,” said Father Roberts. “At the same time, as they were dealing with a real sense of loss, I think it drew them closer together which became a strength for them.”

As you enter the church today, your eyes are drawn immediately to the altar and the area around it, due in part to the striking white color. Medallions found near the ceiling are titles of the Blessed Virgin Mary as found in the Litany of Loretto. The eight stained glass windows depict beautiful images and allow rich colored light into the church. The windows are more than 150 years old and were crafted by a German artisan and retrofitted by Emil Frei and Associates. St. Mary Church acquired them from the Archdiocese of St. Louis where they had been in storage and originally used at St. Boniface Church in St. Louis. Several statues of saints in fine, artistic detail can also be found all around the church. 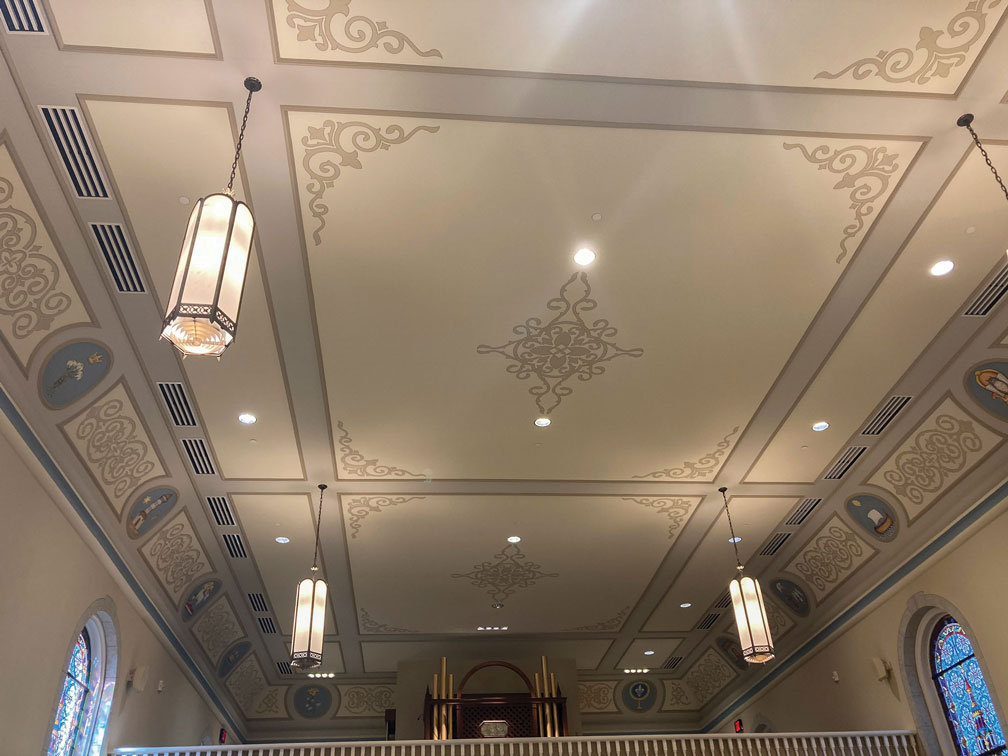 “One of the most outstanding features of the church are the windows,” said Father Roberts “They really bring a sense of  the sacred to the church in terms of the sensibilities of people, especially when it is a bright day, we see how beautiful the windows are. It really catches the attention of people. All the statues have been redone, and they really magnify the beauty of what is the original architecture of the church.”

Today, St. Mary is part of Blessed Trinity Parish, made up of two other churches, St. Barbara in Batchtown and St. Joseph in Meppen. St. Mary School in Brussels has provided continuous Catholic education since 1869 with the current school structure built in 1930.

“Everyone here can basically trace themselves back to the early founders of the parish,” Father Roberts said. “That is a really marvelous thing. Their faith and family are all tied together in parish life and that is one of the things that is really genuine.”