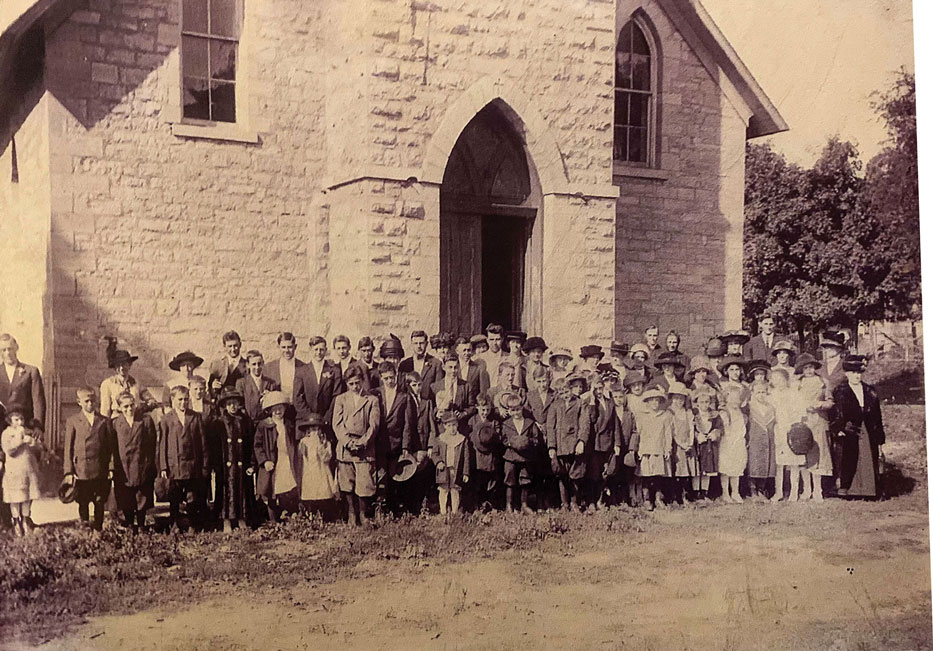 GRAFTON — In Grafton, a small river city that is located at the confluence of the Illinois and Mississippi Rivers, you will find St. Patrick Church. The arrival of Jacques Marquette, SJ (sometimes known as Pere) and his fellow explorers to the area in 1673 is significant to the town of Grafton and the Catholic community there: To the town because it marked the first recorded appearance of anyone in the Illinois territory. To the church because these men were Catholics, one of them, Marquette, a Jesuit missionary priest.

On Dec. 8, 2021, St Patrick Church will turn 150 years old, their Sesquicentennial Jubilee. "Anytime a parish reaches its 150th anniversary, it is quite a cause for celebration, especially St. Patrick's Parish,” said Father Marty Smith, pastor. “This is because despite the fact that St. Patrick's was built just a few hundred feet from the Illinois River and has been flooded a few times in its history, the original church building still stands. That to me is a metaphor of the invisible grace and presence of God, and of the faith of the people of St. Patrick's Church throughout its history.

“The church is beautiful, and the parish has loving, humble, hardworking, and faith-filled people who continue to celebrate and live by example their devotion to God and their Catholic faith, despite the storms and floods, spiritual and physical, encountered in life. I am humbled and very blessed to be assigned there.”

Father Louis Hennepin, another priest explorer was very likely among the next group of men to arrive in the Grafton vicinity. Many years went by before the recorded appearance of the next Catholic priest in Grafton. Father Verreydt, SJ, in 1838 had Grafton as his mission, but it was not until the quarries came into prominence about the year 1856 that we find evidence of a Catholic community in Grafton. In the years following, Father Carroll celebrated Mass in the school while Bishop Henry Damian Juncker, head of then-Alton Diocese, conducted meetings in the Methodist church. 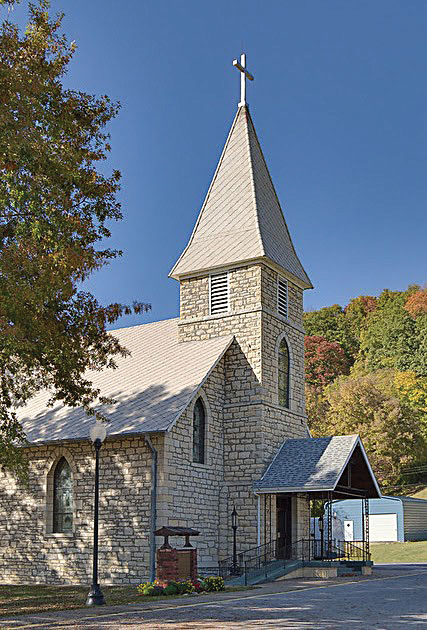 In 1871, the Catholic community decided to build a church. Before work could begin, a hurdle had to be overcome, and that was the location of the church. The Irish living in lower Grafton wanted the church located there, and the Germans living in upper Grafton wanted the church to be built in their area. A happy compromise was reached when it was decided to build the church in the upper part of town, for the sake of the Germans and name it St. Patrick in honor of the Irish.

On Dec. 8, 1871, the Feast of the Immaculate Conception, Catholics attended the first Mass in their church. The church cost $5,000 to build. This same building, with some alterations, still serves the community today.

“I have a unique perspective of St. Patrick’s Church, as I am a life-long member and a lifelong neighbor,” said Karen Kinder, the parish sacristan. “Every morning I am greeted by the cross atop the steeple. This church and this cross have stood as a reminder to me and so many that with faith all things are possible.”

To celebrate the Sesquicentennial Jubilee, a celebration will take place Dec. 11. The celebration begins with Mass at 5:45 p.m. followed by festivities including a Christmas light display, a live Nativity, and Christmas carolers. In the parish hall, the history of the church will be presented by Margret Ann Voke. The parish council has also been working on commemorative items including Christmas ornaments and holy cards. The parish has also received an Apostolic Blessing from Pope Francis.

Martha Carey is a parishioner at St. Patrick and says that she is “honored and blessed to be a part of such a wonderful parish and to have raised my family in the rich traditions of the Catholic faith here. It is truly one of my favorite places on earth.”