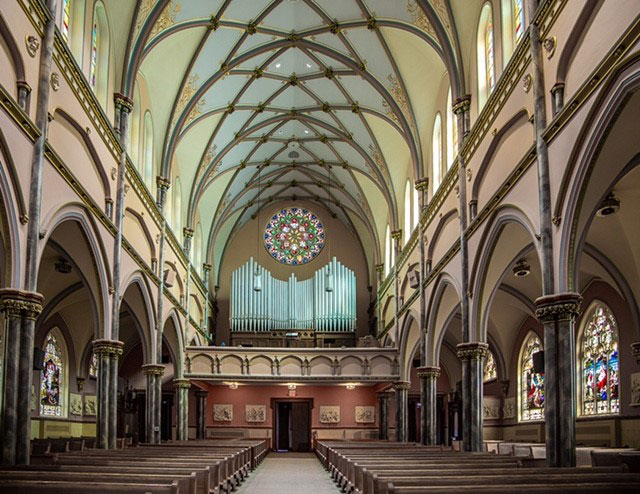 In 1908, St. Patrick Catholic Church in Decatur opened to feelings of awe and glory. Today, its splendor continues to radiate and makes people look around in amazement.

“The moment you walk into the church, you are drawn to how massive it is, how high the ceiling is, how wide the transepts are,” said Father Chris Comerford, pastor. “Everyone who comes looks up and takes it all in, and it gives you that sense of ‘wow.’ It is a great way of being drawn into the immensity of God too.”

In 1908, the church, located on Eldorado Street, was part of a quiet neighborhood. Today, U.S. Route 36 runs right in front of it, which when the highway was built, took out the church’s stone steps, trees, front lawn, and front parking lot. The structure of the church is considered a Neo-Gothic design influenced by many of the classic Gothic churches in Europe. Inside, the design reflects the reverence of worshipping God. Like many churches built more than a 100 years ago, the colors are plentiful and no detailed spared. The stained-glass windows, statues, and architecture all help the faithful better understand the Bible, important moments in Salvation history, and helps focus their worship toward Jesus Christ. 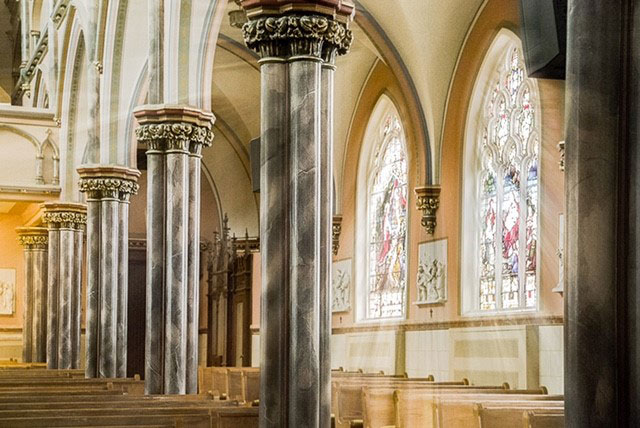 “Wherever you look in this church, you see symbols of the faith,” Father Comerford said. “There are lots of statues, lots of stained-glass windows, beautiful woodwork — all of it drawn to Christ, to the saints, to Mary. It is an incredible way of saying, ‘Yes, this really is a place of worship for our faith.’ You cannot look anywhere without taking that in.”

The church has gone through several makeovers over the decades. Remodeling was done in 1961 and the interior was refurbished in 2002.

As you enter the main entrance, on the exterior of the church, you will see a bas-relief on the tympanum of St. Patrick baptizing Brian Boro, an Irish tribal chieftain. This scene is what is credited as the official conversion of Ireland from a pagan kingdom. You can also find dozens of carved shamrocks around the church, as shamrocks are the symbol of St. Patrick, which according to legend, he used to illustrate the three persons of the Holy Trinity. When driving through downtown Decatur, the steeple acts as the church’s most prominent feature, stretching 150 feet high. The church bell, cast in 1902 in West Troy, N.Y., is 3.5 feet tall, 4 feet wide, and weighs 4,000 pounds and is rung daily. 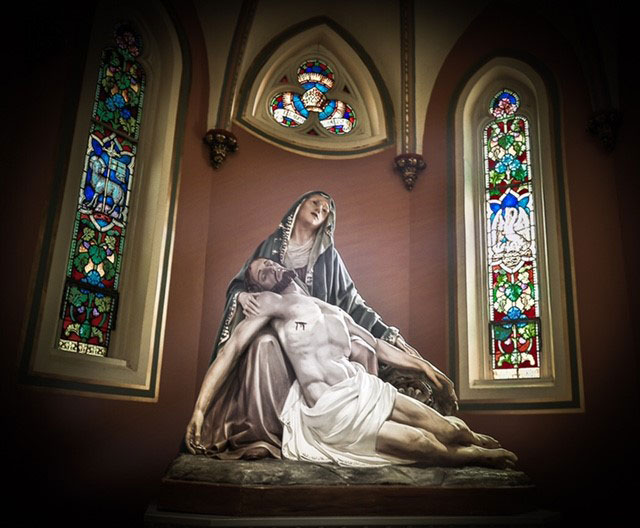 Back inside the church, the most striking feature is considered the reredos behind the altar. The pointed tops are from the altar from Holy Family Catholic Church in Chicago, and they are believed to predate the Civil War. The sanctuary is cruciform in design, meaning it is in the shape of the cross, to remind the faithful of the sacrifice of Jesus. Behind the altar located in what would be considered the upper level of the apse is gold lattice work on a black background. This gallery was originally built for the cloistered nuns who served St. Patrick Parish in the early part of the 20th century. The old baptismal font, made in 1880, is still used today to baptize infants. Hand carved in Italy; it was originally from St. Aloysius Church in Litchfield. The ambo at St. Patrick is taller than most ambos. This is because it contains part of the original 1908 altar. The front of the current altar, which was constructed in 2002, is made from the gates of the original Communion railing in the church. Originally, the dome at St. Patrick adorned the pictures of four saints. Today, you can see a pure white dove, symbolizing the Holy Spirit.

“I love the tabernacle,” Father Comerford said. “The way it was created out of wood, it looks like a small model of the church. I think that it is such a great sign that where the physical Eucharist is kept, is also connected to the larger church building too — even the tabernacle itself is another house and dwelling place for God.”

Built for $125,000, the treasures inside St. Patrick Church are priceless and historic. Known as an unofficial landmark in the Soy City, the church, and the history here are rich and deeply Catholic. For Father Comerford, his grandmother was baptized here, his grandparents were married here, and his father was baptized here. 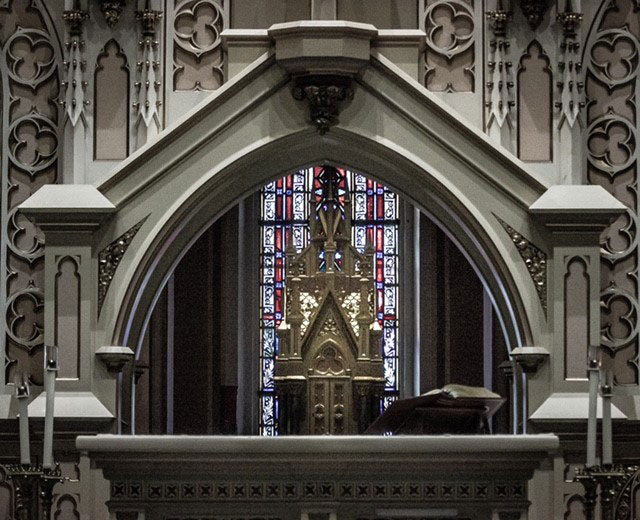 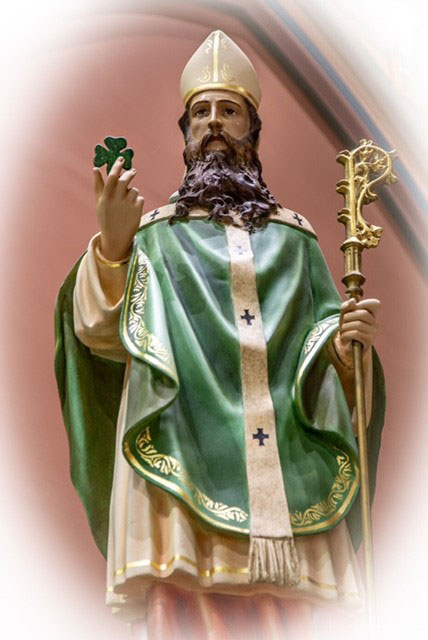 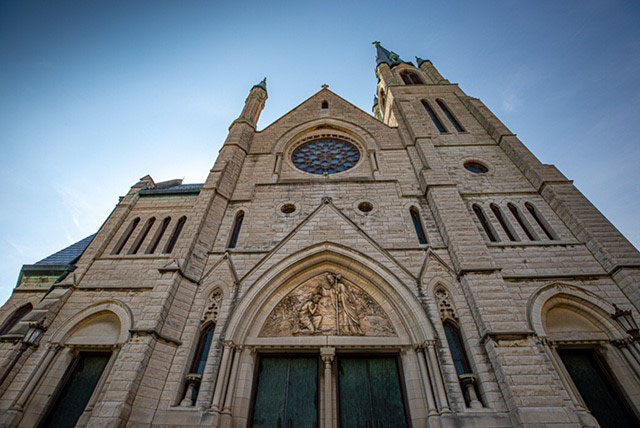