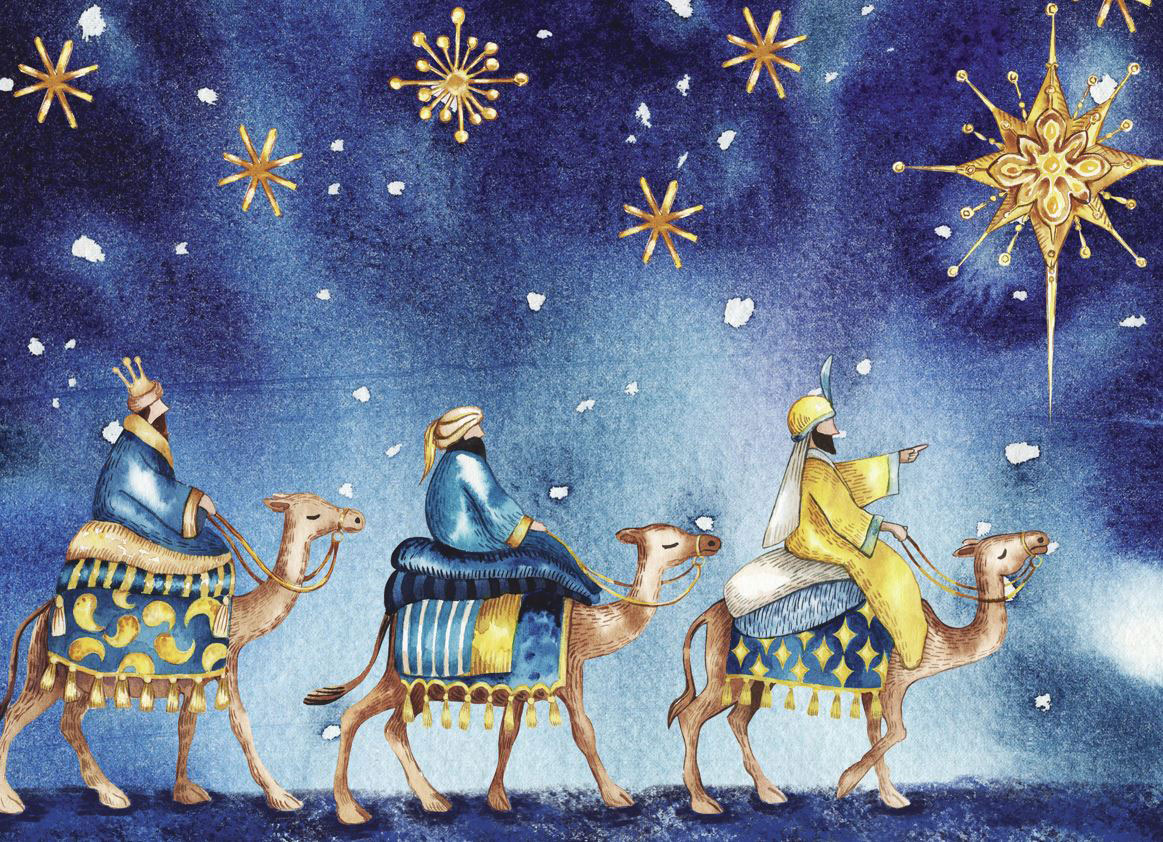 Matthew and Luke are the only two Gospels that mention the birth of Jesus Christ. Although they do not provide a clear date for Jesus’ birth in their narratives, they did leave implicit clues. As Christians began to be interested in celebrating Jesus’ birth as a special feast date annually, they used the Gospels to calculate Dec. 25 as the specific date for the Nativity.

In Luke 1:9, the Gospel author notes that Zechariah “was chosen by lot, according to the custom of the priesthood, to enter the sanctuary of the Lord and offer incense.” This location was the altar of incense just outside the Holy of Holies in the inner sanctuary of the Temple. Early Christians, who believed that Zechariah was serving as high priest that year, associated this special event with the feast of Yom Kippur, or the Day of the Atonement, which usually falls in late September. When the angel Gabriel appeared to Zechariah, he gave him the news of the coming of his son John the Baptist. In fact, the Church recognizes the conception of John the Baptist on Sept. 23.

The second key point from Luke is the date for the Annunciation. According to Luke 1:26-27: “In the sixth month [of Elizabeth’s pregnancy], the angel Gabriel was sent by God to a town in Galilee called Nazareth, to a virgin engaged to a man whose name was Joseph, of the house of David. The virgin’s name was Mary.” Based upon this information, we can determine that six months from late September brings us to a date in late March. The Feast of the Annunciation is in fact held on March 25. Continuing with this information, three months later (June 24) is the date for the birth of John the Baptist. And finally, nine months from the Annunciation brings us to the 25th day of December. This biblical information is what led early Christians to celebrate Christmas on Dec. 25. In the fourth century, St. John Chrysostom even explains these calculations in one of his Christmas sermons as the reason for celebrating the feast on this date.

Early Christians also believed that God had chosen Dec. 25 because it fulfilled biblical prophecies of the Old Testament and because of its cosmic significance. As for biblical prophecy, Malachi 4:2 predicted the coming of God’s judgment with his Messiah: “But for you who fear my name, the Sun of Righteousness shall rise, with healing in its wings.” Early Christians noticed that the Sun of Righteousness was a symbolic sign for the Messiah, who would come when the sun would rise. In the Julian calendar of the ancient world, the winter solstice fell upon Dec. 25. Therefore, the image of the sun rising held significance as the date predicting the birth of the Messiah. This is further confirmed in the New Testament. The Gospel of John points to cosmic solar symbolism as a sign of Jesus Christ: “The light shines in the darkness, and the darkness has not overcome it … . The true light that enlightens every man was coming into the world.” In John 3:30, John the Baptist admits that “He must increase, but I must decrease.” In other words, Jesus Christ, the light of the world, came at the time when light was increasing. Since the winter solstice is the beginning of the increase in light, early Christians recognized that God had given His Son this auspicious birth date to prove his divine origins to all people. The Old Testament, New Testament, and cosmic symbolism all suggested to Christians that Dec. 25 was the birth date of Jesus Christ. 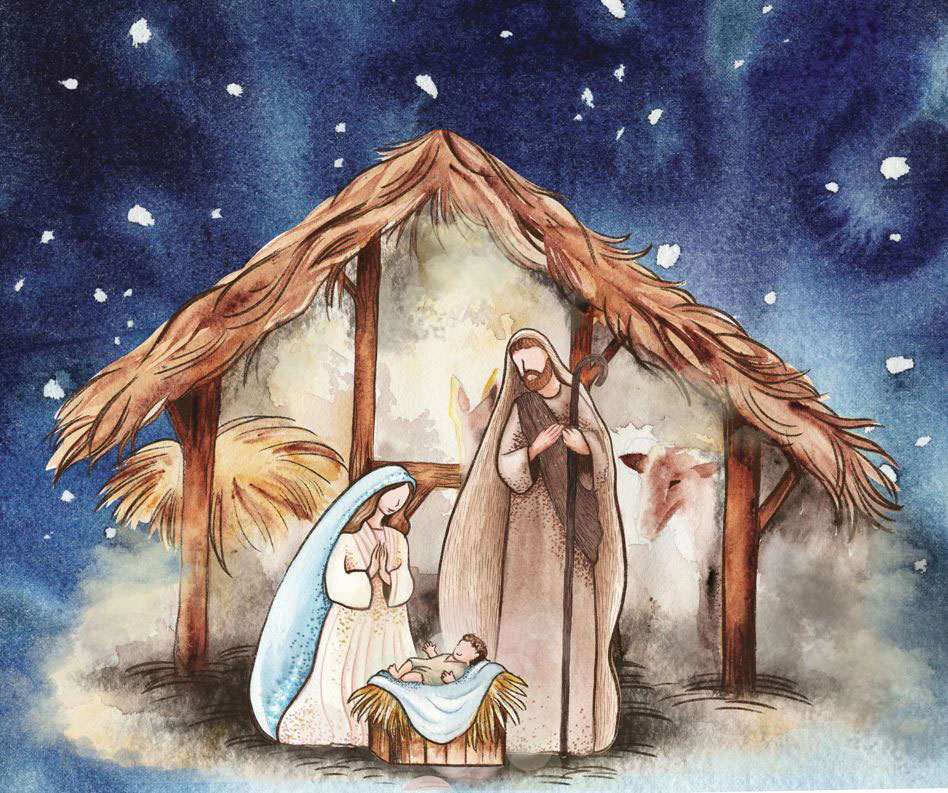 2. Where was Jesus born?

According to Luke, the Holy Family traveled from Nazareth to Bethlehem (the city of David), and the Virgin Mary gave birth to him and “wrapped him in swaddling cloths, and laid him in a manger, because there was no place for them in the inn” (Luke 2:7). The ancient term for an inn was not meant to convey a formal place for travelers, but mostly likely a simple lodging where one could stay at a residence.

Imagine a Nativity scene like the one that many Catholics have in their homes. There is a stable made of wood, with farm animals such as an ox, donkey (Isaiah 1:3), and sheep gathering around the Holy Family. This image comes from the popularity of the manger scene spread by St. Francis of Assisi (d. 1226), who celebrated a Mass at a stable with living animals. Later, living Nativities and artistic Nativities became widespread across medieval Europe.

However, the typical Jewish stable would not have been made from wood, which is a plentiful source in Europe but was already depleted in Israel by the first century. Instead, caves functioned as stables for animals in the region. An early second-century Christian tradition about the Nativity recounts the cave birthplace. It notes how as onlookers approached the cave, a dark cloud hovered over the cave and Mary’s midwife declared it a miracle. As the cloud withdrew, suddenly a great green light appeared in the cave. Then when the light subsided, the child Jesus was born.

The tradition of Jesus’ birth in a cave is found in the writings of early Christians such as Justin Martyr (d. 165) (“he took up his quarters in a certain cave near the village”). The Christian teacher and theologian Origen also confirmed the cave as a sacred site of veneration in the early third century: “There is shown at Bethlehem the cave where He was born, and the manger in the cave where He was wrapped in swaddling-clothes. And this site is greatly talked of in surrounding places, even among the enemies of the faith, it being said that in this cave was born that Jesus who is worshipped and reverenced by the Christians.” This location was a shrine by the second century where Christians venerated Jesus’ birth at the site of the Church of the Nativity, which was built around the cave by Constantine in the fourth century.

The cave also had theological significance for pointing out how God uses signs to prove the coming of His son Jesus Christ. Just as Jesus’ birth was in a cave, so his body would be placed in a cave at his death. Just as he was wrapped in swaddling clothes at his birth, Jesus was wrapped in cloths at his death. Just as angels announced his birth, so too they would announce his resurrection. These theological parallels and the early Christian traditions indicate that Jesus was born in a cave. 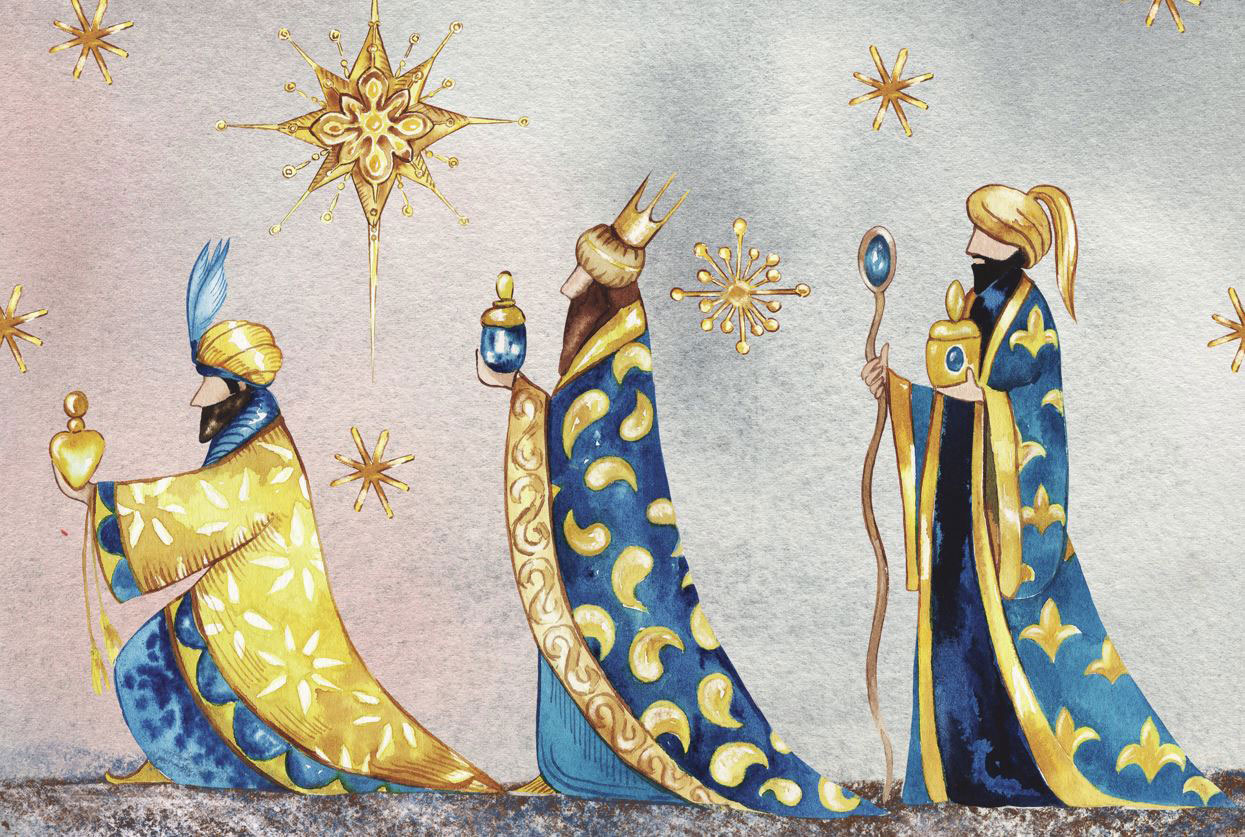 3. Who were the Magi and why did they bring gold, frankincense, and myrrh?

The Magi are mentioned only in the Gospel of Matthew. According to Matthew, “wise men from the East came to Jerusalem, saying, ‘Where is he who has been born king of the Jews? For we have seen his star in the East and have come to worship him’.” After speaking with King Herod, “the star which they had seen in the East went before them, till it came to rest over the place where the child was. When they saw the star, they rejoiced exceedingly with great joy; and going into the house they saw the child with Mary his mother, and they fell down and worshiped him. Then, opening their treasures, they offered him gifts, gold and frankincense and myrrh.”

The term Magi (plural) comes from the singular Magus, which means someone who examines the stars for auspicious signs that point to real world events. These wise men were in a sense like astrologers, who had noted the star of Bethlehem and came from the East. The Magi were known as religious adherents to Zoroastrianism in the ancient world — so why would they be interested in a Jewish king? An Old Testament prophecy predicted that when the Messiah appeared, wise men from the East would arrive. In Numbers 24:17–18, Balaam, a wise man from the East, tried to put a curse on Israel, God made him speak only words of blessing, saying: “I see him, but not now; I behold him, but not nigh: a star shall come forth out of Jacob, and a scepter shall rise out of Israel.” Jews knew that the appearance of a star would signal the coming of the Messiah King. This passage was a foretelling of the coming of Magi following their guide, the star of Bethlehem. The ones who worshipped stars were taught by a star to worship the true star and light of the world, Jesus Christ.

In the western Church, there developed a tradition that there were three wise men: Balthasar, Melchoir, and Gaspar. By the fifth century, there were already mosaics of the Magi offering their gifts to the Christ child with their names mentioned in the artwork in the Basilica of St. Apollinarus in Ravenna, Italy.

The three gifts of gold, frankincense, and myrrh were both a fulfillment of Old Testament prophecy about the Messiah as well as a symbol of the status of Jesus Christ. In Psalm 72:10-15, the author affirms that kings of nations will bow before the son of David, bringing him gifts of gold. This passage is where we get the tradition that the Magi were also kings. Likewise in Isaiah 60:3 and 6, we read that kings will come at the rising of the Messiah, and that “they shall bring gold and frankincense.” Therefore, the Magi represent all of humanity across the world acknowledging that Jesus Christ is Lord. As for the symbolic significance of these three gifts, they also demonstrate Jesus’ rank. Gold is the sign of a king. Frankincense is the sign of worship for a divinity. Myrrh, which is a burial ointment pointing to Jesus’ eventual death, is the sign of his humanity. Therefore, Jesus’ kingship, humanity, and divinity are revealed through the gifts of the Magi.

This Christmas season, think about the gift of Jesus Christ to the world. Remember the gifts of the Magi. Gift-giving does not have to be a materialist and consumer-driven motivation to acquire more things. God is the ultimate gift giver. And in return we can be like the Magi and offer our gifts to the only one worthy of worship this Christmas season.

- David Bertaina, PhD, is a professor of history at the University of Illinois Springfield and is a parishioner at Blessed Sacrament Parish in Springfield.