Founder of HSHS Passes Away 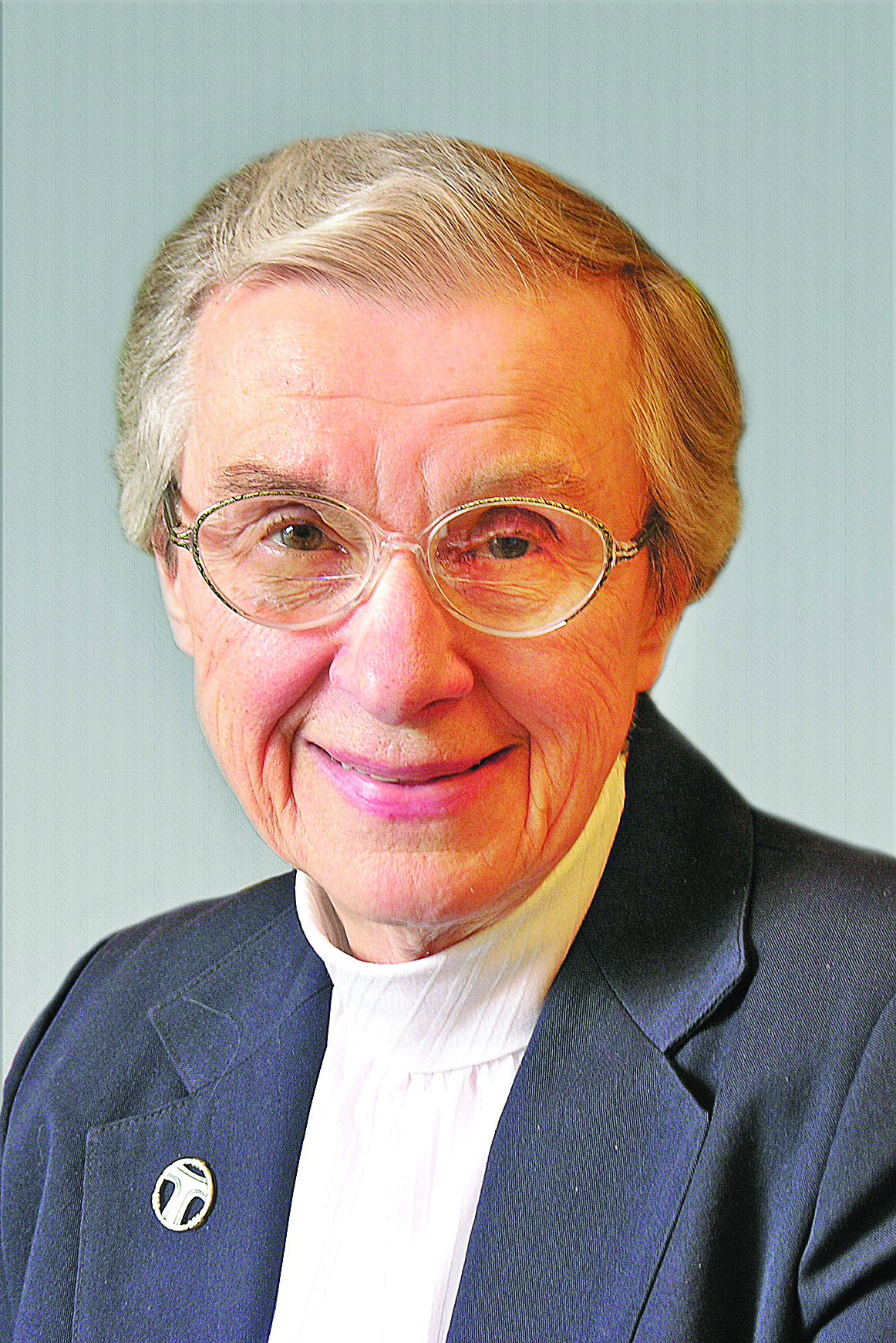 In the early 1970s, “Sister Marianna found herself responsible for 12 Catholic hospitals at a time of considerable flux in sponsorship and organizational arrangements within Catholic health care,” said Sister Jomary Trstensky, OSF, chair, Hospital Sisters Ministries, and HSHS president from 1989 to 2006. “She led the way with her creative vision and unwavering belief that the future of Catholic health care would be built on strong systems and lay leaders. With no blueprint she established Hospital Sisters Health System and entrusted others to give life to her vision.”

In a 2006 interview, Sister Marianna stated, “As the Lord served people and washed his Disciple’s feet, I have tried to live my life in service to others.”

When she entered the Hospital Sisters of St. Francis in 1943, she was ready to devote her life to God and the service of his people. The path that God paved for her was something that most women, including those not in religious life, could not imagine would be possible. In 1978, Sister Marianna was one of the first women CEOs of a multibillion-dollar corporation as she founded HSHS and was named its executive vice president. At this time in U.S. history, health systems had only been formed by three other religious communities, and Sister Marianna, the provincial superior of the Hospital Sisters of St. Francis from 1973 to 1979, pioneered the process for the hospitals the Sisters had founded.

Sister Marianna was born in 1922 in Indiana. After graduating from high school, she worked as a secretary, and as her friends were signing up to help in the war effort in 1941, she wondered if she should find ways of serving God. A friend invited her to a weekend retreat where Sister Marianna asked the retreat leader if he thought she had a religious vocation. He sent her to visit a “nice Franciscan group in Springfield, Ill.,” and Sister Marianna recalled that her visit to the Motherhouse felt like home. She entered the community in 1943 and professed first vows in 1946.

Despite her lack of interest in nursing, she attended St. John’s Hospital School of Nursing, Springfield. “I remember sitting in the balcony of the chapel facing a picture of the healing Christ and I said, ‘Well Lord if this is what you want, you’re just going to have to help me.’ I was in tears because I just didn’t know how I was going to do it.”

Throughout the following years, Sister Marianna worked at St. Mary’s Hospital (Decatur) and St. Anthony’s Memorial Hospital (Effingham). An election by the Hospital Sisters in 1969 brought Sister Marianna to the Motherhouse as a member of the leadership team and four years later, she was elected Provincial Superior and served until 1979.

During this time in the U.S., religious congregations were closing their Catholic hospitals or turning them over to be run as community facilities because of Medicare regulations. While facing these challenges, the Hospital Sisters also faced the decline of women entering their community and so they began discussing the future of their hospitals. Sister Marianna and her team researched options for an organization that would oversee the management and operations while keeping the Sisters involved with sponsorship and governance.

“The Catholic Church has a long history of care for the sick, which is a work of mercy,” Sister Marianna explained in a 1981 interview with the Catholic Health Association. “The religious congregations have been given this apostolate almost as a trust and if congregations can’t continue in the same way, then what can we do to preserve that work as a mission of the Church? If we develop strong systems and begin to pass our torch to laypersons who see health care as a mission, possibly it could survive through lay leadership,” she added. “It is the age of the laity, and even if they are not in the traditional religious congregations, they have an obligation to do the works of mercy. They find a different working environment in Catholic hospitals with value other than profit and the bottom line.”

On Dec. 26, 1978, HSHS was incorporated, and Sister Marianna was named president in August 1979, a position she held until her retirement in October 1989.

“My Cinderella story of my life as a Hospital Sister took me from the kitchen to the board room, and throughout my life, I was open to the Spirit and waited to see where the Lord was calling me,” she stated. “All people are called to holiness, and so it is my hope that we should always strive to develop a greater love with our neighbor, and in doing so, we will share our love with the Lord.”