Two to be ordained to diocesan priesthood May 28 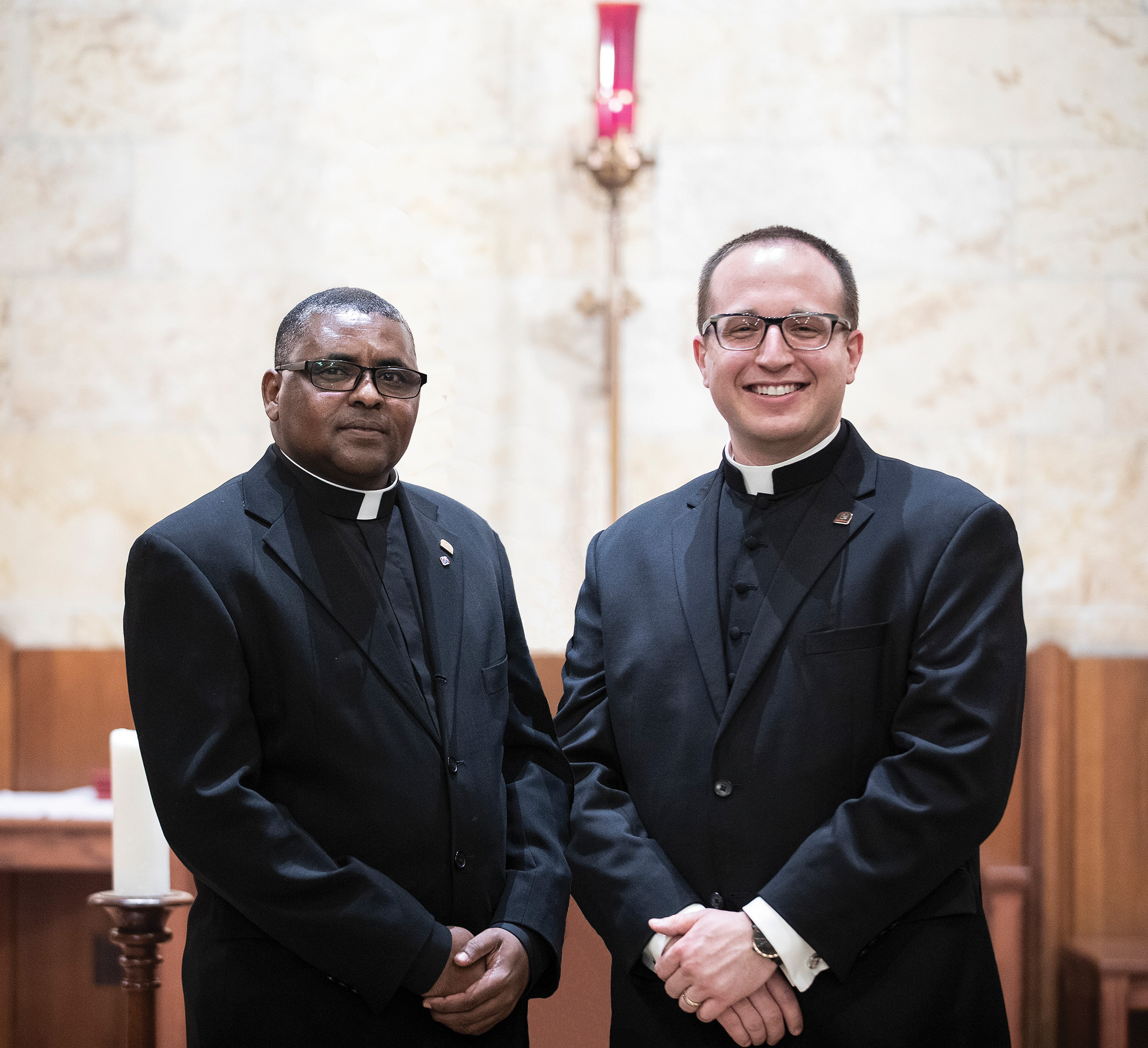 On Saturday, May 28, Bishop Thomas John Paprocki will ordain two men as priests for the Diocese of Springfield in Illinois during a Mass at the Cathedral of the Immaculate Conception. The ordination will be attended by their individual families and friends as well as the rector, vice rector, and associate director of spiritual formation from Saint Meinrad Seminary and School of Theology, where both men attended seminary.

Earlier in May, soon to be Fathers Paul Lesupati and Father Zachary D. Samples took time to share thoughts on their ordination and vocation to the priesthood. (Editor's note: So as to avoid confusion, we are listing both men as "Father," even though they will become priests on May 28.) 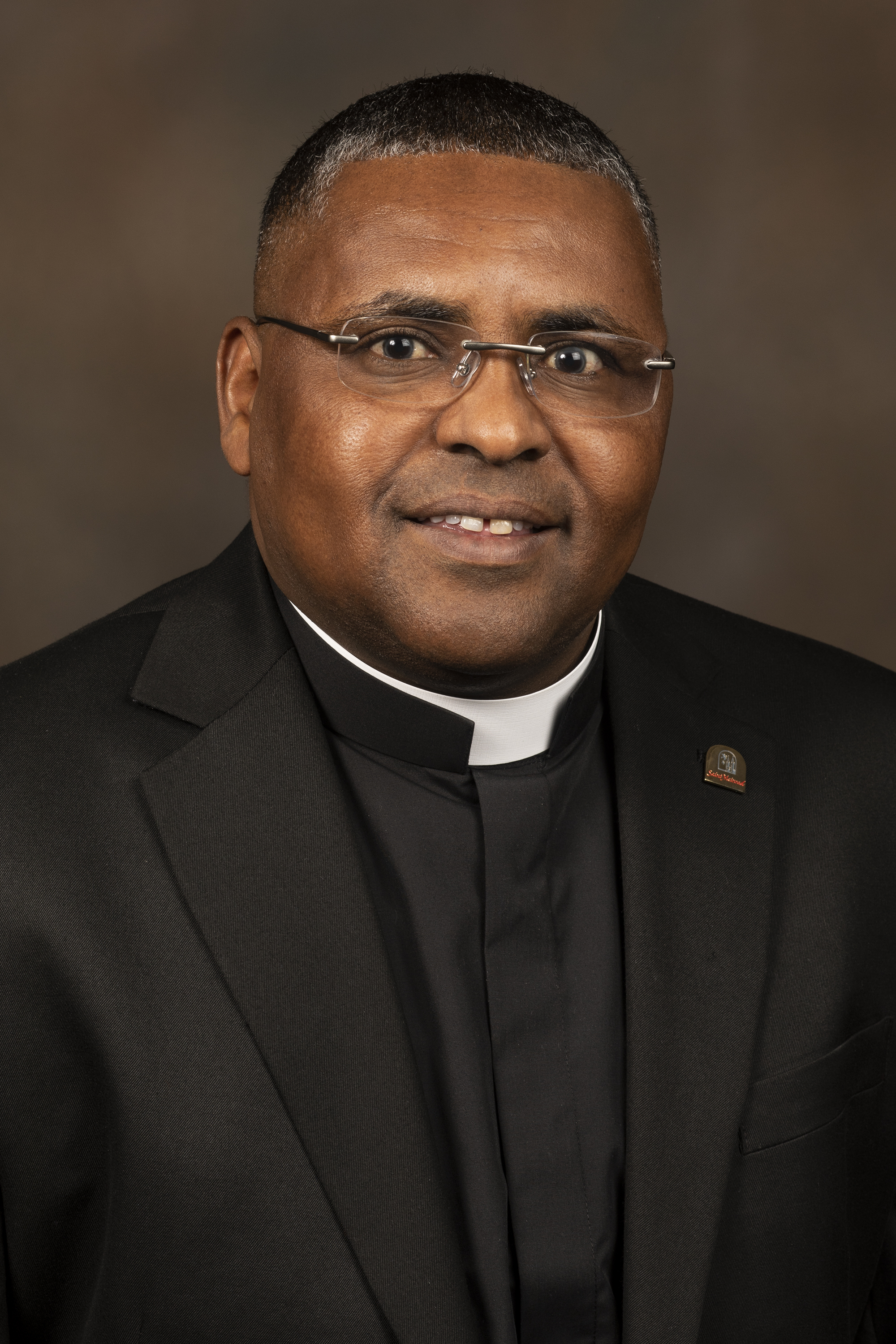 A Kenyan by nationality who came to America at the invitation of Father Jeffrey Grant, Father Lesupati now calls Father Grant’s parish, Blessed Sacrament in Springfield, his home.

Because of COVID restrictions, Father Lesupati’s immediate family will not able to travel to his ordination, but some Kenyans from his home diocese who live in Wisconsin will be able to come to Springfield, along with some other Kenyans from North Carolina, Virginia, and St. Louis.

Father Lesupati, who will celebrate his 44th birthday in June, will choose Father Grant to vest him at his ordination. “He was a great influence in my vocation as a priest,” Father Lesupati said. “He is my mentor.  He has influenced me in many ways — with his prayer life, compassion, kindness, and zeal for pastoral care of the soul. His parishioners always come first. He is a role model priest for me. He is always at the service of the people of God.”

The parishioners at Blessed Sacrament are also dear to Father Lesupati, and he has felt welcomed by them.  “I appreciate the people of God who through their prayers and support have helped me reach the altar of God. I have learned a lot from Blessed Sacrament; the parishioners have their own unique way to give witness to Christ. I welcome their hospitality.” He has particularly been impressed by one parishioner who always greets as many people as he can before Mass, during the Sign of Peace, and outside the church. “George is a witness of this great hospitality I have seen in Blessed Sacrament,” he said.

“I am also so grateful for Bishop Thomas John Paprocki, for ordaining me and for his fatherly care he has shown by accepting me as a diocesan priest. I appreciate the many priests who have supported me in my summer assignments and those who have encouraged me to focus on my vocation. Many thanks go to Father Brian Alford, Father Jeff Grant, Father John Titus, and Father Dean Probst. I want to thank all the people of God for your support and prayers. God bless you and know that you are in my prayers.”

The newly-ordained Father Lesupati will celebrate his first Mass of Thanksgiving at Blessed Sacrament on May 29.  In June, he will be traveling to Kenya to celebrate a Mass of Thanksgiving with his family members and parishioners of St. George Parish in Laisamis. Father Grant and Father Probst will accompany him. When Father Lesupati returns to Springfield, he will be parochial vicar at Cathedral of the Immaculate Conception.

“I am excited to work at the Cathedral as parochial vicar. It is a new experience for me,” he said. “Cathedral is the womb of the diocese. I trust in God’s providence to always guide me to shepherd his flock. I am looking forward to being a shepherd among the flock the Lord has entrusted to me. I am excited to serve the people of God, accompany, and advocate for them.” 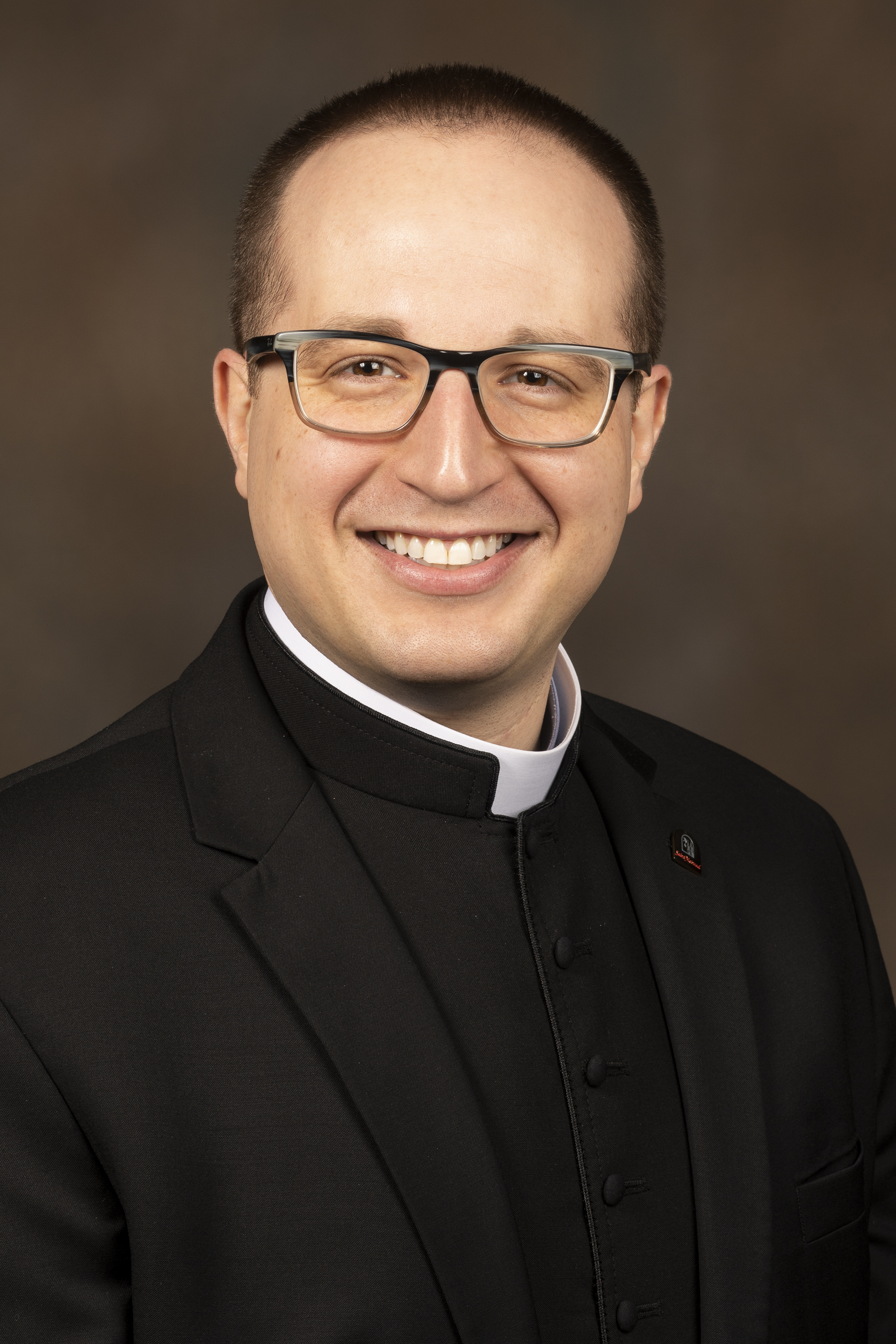 More than anything right now, Mt. Zion native Father Samples, who is 30 years old, feels overwhelming gratitude at his ordination to the priesthood. Primarily, he says he is thankful for his parents, David and the late Lori Samples. “Both my father and my mother have loved and supported me in countless ways. They instilled strong values, morals, and faith into me at a very young age, and have guided me along the path of my life every step of the way,” he said. “My late mother was especially instrumental in helping to form me in the faith. My father has proven to be a steadfast supporter of me during these years of seminary formation. From the bottom of my heart, I am grateful to them, and to the rest of my family, more than I can adequately put into words.”

Father Samples is thankful for Bishop Thomas John Paprocki, Msgr. David Hoefler, Father Brian Alford, Father Chris House, and other diocesan leaders “for the countless ways they have supported me over these years of seminary formation.” “They have opened countless doors, have been good sounding boards, and have become mentors that I know I can count on moving forward.”

He is also most appreciative of the people in the many parishes he’s been involved with. “Their prayers, words of encouragement, and support have really sustained me during the highs and lows of these last six years. I could not have done it without them.

“Finally, I have to thank Saint Meinrad Seminary and School of Theology, especially our rector, Father Denis Robinson, OSB. Father Denis and the entire faculty and staff that comprise Saint Meinrad provide an invaluable service to the Church universal, and to our local Church. The formation they provide is simply exceptional and has prepared my brother seminarians and I for a life of priestly service. It is not an understatement to say that my years at Saint Meinrad changed the directory of my life by helping me to come to a better understanding of who the Lord has called me to be … leading me to fall deeper in love with Jesus Christ, His people, and His Church.”

Father Sample’s father, sister Meghan Roberts and her husband Tyler Roberts, his grandmother Lois DiMarzio, aunts, uncles, friends, priest mentors, men, and women religious, and friends from various parishes he’s been involved with, were all invited to the ordination.

Father Samples will choose Father John Titus, pastor of Immaculate Conception Parish in Mattoon and St. Columcille Parish in Sullivan, and dean of the Mattoon Deanery, to vest him at his ordination. “Father John was chaplain of the Newman Catholic Center at Eastern Illinois University during my time there and was the first person to really help me see that the priesthood was a very real possibility in my life. He helped me to stop and ask what it is that God might be asking of me and calling me to. It’s not only about what ‘we’ want, it also about what God wants for us. Once I started asking that question, it became very clear that He was calling me to priesthood. Father John helped to reveal that to me, and I am grateful for that beyond measure.”

Father Samples will celebrate his first Mass of Thanksgiving on May 29 at St. Patrick Church in Decatur. He will spend the month of June celebrating Masses of Thanksgiving at various places around the diocese and traveling to the ordinations of his classmates from Saint Meinrad.  He will take a short vacation with a few of his seminary friends before beginning his first assignments as parochial vicar at St. Peter Parish in Quincy and as associate chaplain of Quincy Notre Dame High School.

Editor’s note:  See the June 12 issue of Catholic Times for more coverage of the ordination of these two new priests.