My twin brother and I could have easily been aborted. So, why did I ride a bike 700 miles in six days? 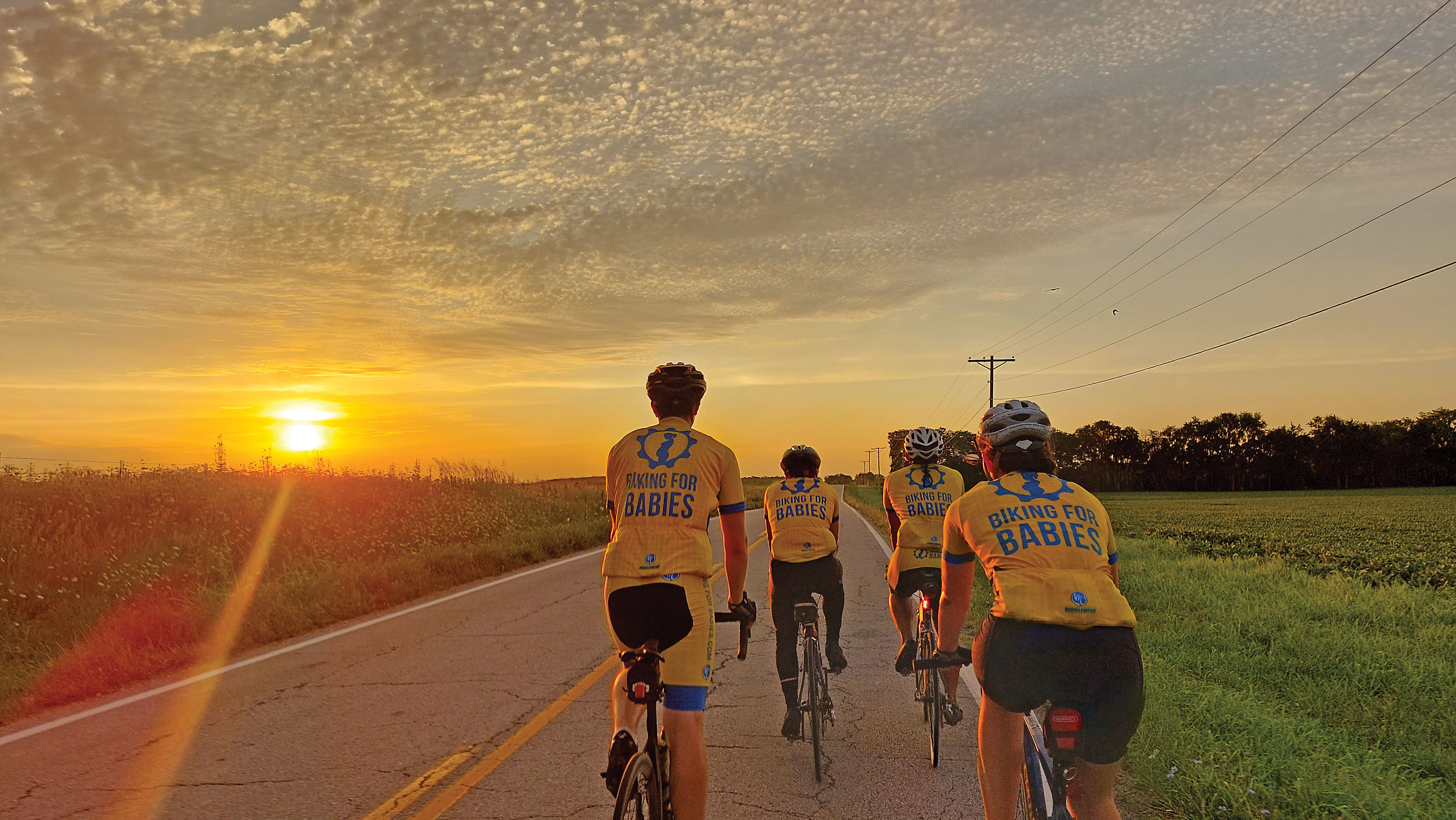 Our stories begin with a brave woman named Cindy, our biological mother. A one-night stand resulted in her unplanned pregnancy, with not one but two babies. This is what Cindy was facing. She was alone and only 22 years old. I'm sure she was faced with a lot of concerns. She was probably scared and had numerous reasons for not wanting to bring my brother and I into the world, but she made the brave decision to keep us and to put us up for adoption once we were born.

This, however, is only the beginning of how brave Cindy was to make this decision. A normal pregnancy was not intended for her. Early in her pregnancy, she was diagnosed with cervical cancer. The doctors encouraged her to abort the two of us to give her a better chance at success in her treatment against the cancer. Instead, Cindy chose to give us a better chance at surviving and made the decision to keep us in her womb for as long as she could.

I heard this story for the first time when I was 18 years old. From that moment, my pro-life mission had more focus, and it couldn’t resonate more than with what Biking for Babies achieves every summer. The mission of Biking for Babies is to renew the culture of life one pedal stroke and one pregnancy resource center at a time. Every Biking for Babies missionary partners with a Pregnancy Resource Center (mine was First Step Women’s Center in Springfield), and we raise funds collectively to help these centers and the women entering them by teaming up with other missionaries and bike about 700 miles in six days. Different groups start in various places in the country, but everyone finishes in St. Louis.

In returning to Biking for Babies this year, I thought I knew what to expect when signing up a second time around, but I couldn’t have been more wrong. Several curveballs in both my training and my experience during the national ride came my way. There were several moments where I wanted to give up, but the mission kept calling me back.

I met my fellow “western route’ missionaries in Dodge City, Kan., our starting point for our 700-mile ride to St. Louis. We were excited for the long week ahead of us, but our first day of biking, July 10, gave us an idea of what we would be dealing with the entire week: 106-degree weather and humidity. We had cooling towels to cool us off during breaks and an amazing support crew that would spray us with cold water every two miles, but it was quite a challenge.

My leg injury then started flaring up on day two of biking, which meant that I couldn’t do the entirety of the mileage. I started looking for ways to get back home. The week wasn’t going as I had planned. Whenever I started looking for a way home, I would always come to the following conclusion: This wasn’t about me, and it wasn’t about the mileage I was getting in. It was about supporting my fellow missionaries, being a witness to life on the roads, communities, and families we encountered during the week, and ultimately, helping mothers and their unborn children.

After the ride was finished on July 16, we were asked, “What was a ‘God-send’ moment for you and your team this week?’” For me, it was our last day of biking. 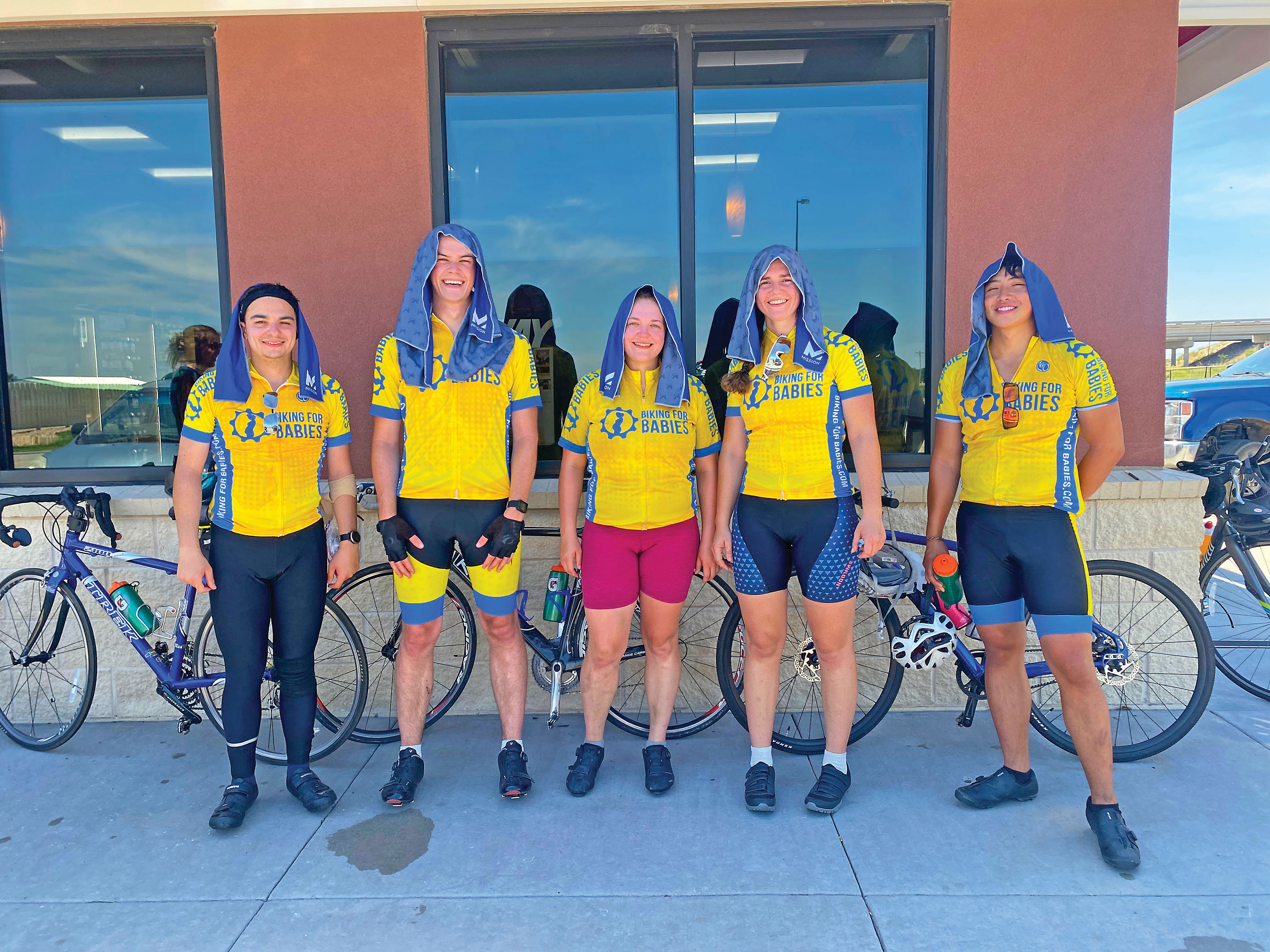 Two of our bikers had to leave that morning, which meant that only four bikers were left, including myself. I was worried at the news because I knew that at some point, I would be getting off the bike. So, at 4:30 a.m., we started on the Katy Trail which runs along the Mississippi River. I managed to do 70 miles before hopping off and giving my leg a break. While taking a break, I went to a bike shop with two of the support crew members to get additional inner tubes since we were completely out and biking on a gravel surface. When we got back to the group, another biker, Ryan, was out due to heat stroke.

I decided to get back on the bike because it was too dangerous for only two people to be biking. After biking five miles, we reached a support crew vehicle and were told to stop. Jimmy, the co-founder of Biking for Babies, came out of a van with a bike and said, “I heard you guys needed another biker.” The three of us were so relieved. Once we were getting closer to St. Louis, the hills got steeper and my leg couldn’t handle it, but I knew that the team was in good hands with Jimmy being there. Ryan and I re-joined the team for the last five miles and then continued to bike the final mile with all the Biking for Babies missionaries.

Our team went through a lot of hurdles that day, and Jimmy showing up when he did was exactly what we needed. It’s that moment that reminded me of my faith in God. He will show up exactly when you need help, so turn to Him and embrace Him.