The permanent diaconate in our diocese: Looking back helps us to look forward to restoration, renewal, and fidelity 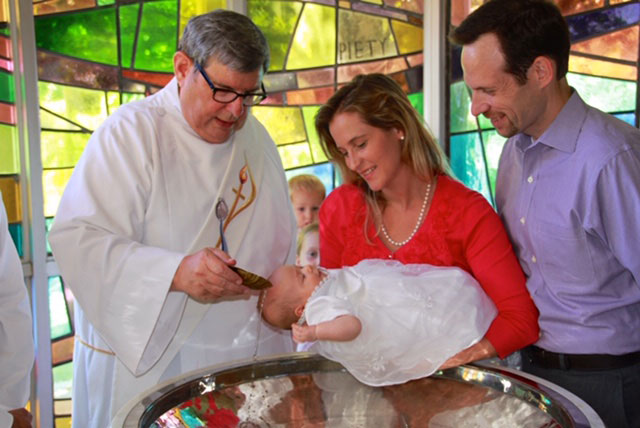 As we reflect over the past 20 years, much has happened regarding the permanent diaconate in our diocesan Church. Shortly after Bishop George Lucas was installed as our bishop in 1999, he began a conversation concerning the permanent diaconate in our Diocese of Springfield in Illinois. Since Vatican II had restored the permanent diaconate, many dioceses in our country had already implemented a formation program and called many men to holy orders. Members of our diocesan Curia, Quincy University, and Father Bill Burton, a Franciscan Friar at Quincy University, began collaborating on a formation program for our diocese. From the effort, a dual path was created resulting in a certificate or master’s degree in pastoral theology.

After exhaustive consultation, in the fall of 2002, Bishop Lucas issued an invitation to all interested Catholic men, single and married, above the age of 35 and in good standing in the Church to come and learn more about the permanent diaconate in our diocese. More than 30 candidate families completed the application and evaluation. To be admitted to the formation program, it was necessary for each applicant to be supported by their family and parish. Supported by the faculty of Quincy University and diocesan priests, classes began in December 2002. Two groups of men and wives were graduates of the Quincy University program. In June 2007 and 2009, 28 men petitioned and were ordained to the holy order of deacon.

Periodically throughout the Quincy University program, goals were reevaluated. Further discernment resulted in the formation team looking east to the Benedictine’s at Saint Meinrad in Indiana. They were actively engaged in preparing deacons in more than 20 dioceses across the country and Caribbean in a non-degree model. However, the classes could benefit a deacon after ordination should he desire to continue higher education. The Villa Maria Retreat Center in Springfield, with all its accommodations, became the venue for the permanent diaconate formation. For 12 years, Saint Meinrad’s national network of faculty provided exceptional professors who traveled to Springfield monthly. During this time, 27 men petitioned and were ordained to the holy order of deacon.

Once again, as the formation team reevaluated process and goals, it was determined that formation was lacking in certain dimensions. It was also during this time that the Hospital Sisters of St. Francis in Springfield entered into agreement with the diocese to assume responsibility of the marvelous campus and facilities. Now, the Evermode Institute at that campus has been formed to provide formation not only for teachers and catechists but also for priests and deacons. In August, a group of six men began their path to ordination, God willing, in 2027. Once fully implemented, this new model will allow for men to enter into formation every year.

However, what remains the same is the purpose of formation of future ministers for our diocesan family. So how might we ask the question, “What is a deacon?” A deacon is an ordained minister of the Catholic Church. There are three groups, or "orders," of ordained ministers in the Church: bishops, presbyters, and deacons. Deacons are ordained as a sacramental sign to the Church and to the world of Christ, who came "to serve and not to be served." The entire Church is called by Christ to serve, and the deacon, in virtue of his sacramental ordination and through his various ministries, is to be a servant in a servant-Church.

This review of our permanent diaconate formation once restored and through these renewals remains in fidelity to the call to serve in the manner and example of Christ the Servant. Visit dio.org/diaconate to learn more about this vocation and contact information.

Deacon David Sorrell is director of the Office for the Diaconate for the Diocese of Springfield in Illinois.